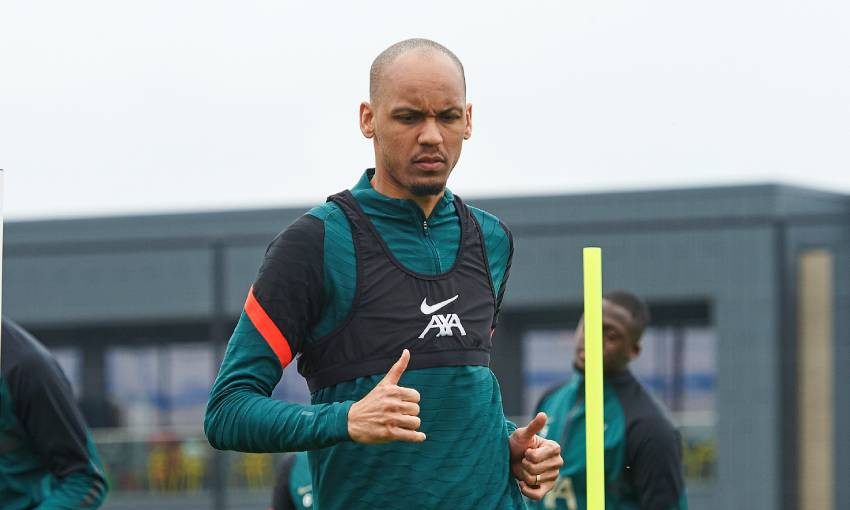 Fabinho is set to return to team training next week, Jürgen Klopp has confirmed.

The No.3 was not named in Liverpool's squad for their final Premier League fixture of the season against Wolverhampton Wanderers on Sunday due to his muscular injury.

Divock Origi was also ruled out of what is likely to be his last game at Anfield as a Red.

Offering an update before the contest with Wolves, Klopp told Sky Sports: “Fab is training but not with us yet. But he will start at the beginning of the next week.

“Unfortunately, Divock yesterday in the last action in training got a muscle injury, so that's not good news. But I hope he will be here anyway because it would be a big reception for him.”