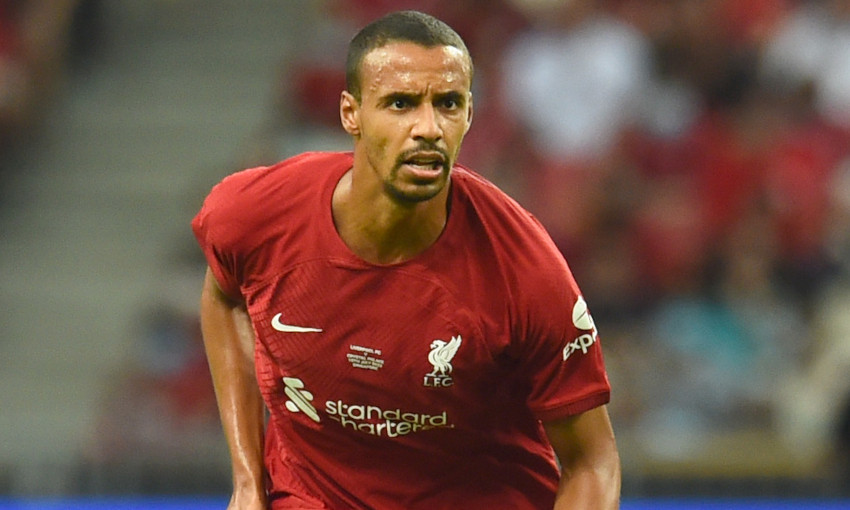 Jürgen Klopp detailed the injury concerns Liverpool needed to contend with in the build-up to Monday evening's 1-1 draw with Crystal Palace at Anfield.

The Reds were without Joel Matip due to a muscle strain for the Premier League encounter, which the manager expects to keep him sidelined for around two weeks.

Roberto Firmino was also absent as a precaution, while Joe Gomez and Jordan Henderson were only deemed fit enough to be named on the bench due to fitness issues of their own.

Klopp told his post-match press conference: "[Joel] will be two weeks. We will see with that.

"The week was crazy; I have experienced a lot of weeks but that was like we had a witch in the building. Honestly, like every day somebody else pulled out [of training] for the craziest reasons.

"In the end, Joey didn't start. Nat [Phillips] did really well, I have to say, but Joey didn't start because he only trained yesterday again. At the start of the week, [he had] a little issue.

"Bobby couldn't make it. Hendo this morning, we got the information there was a little concern about something if he plays too long, so he didn't play that long.

"We want to fight and I saw that a lot, and we played really good stuff. So, a lot of good performances and I liked it, but that's it now. We drew, let's carry on."