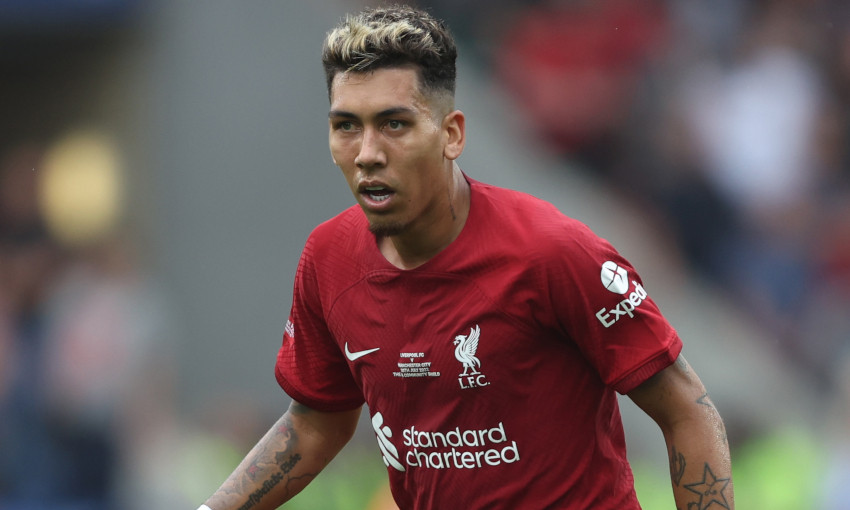 Liverpool are set to welcome Roberto Firmino back into their squad for Monday's trip to Manchester United.

The Brazil forward sat out last Monday's draw with Crystal Palace due to a knock, but is ready to come back into contention at Old Trafford.

Jürgen Klopp also confirmed Naby Keita is fully fit after illness ruled him out of the opening-day fixture at Fulham, though he was named on the bench last time out.

"Bobby trained completely normal, is ready," said the boss. "Naby was ill for a week, last game on the bench, is fully in training, looks really good. All fine."

Darwin Nunez is also unavailable as he begins his three-match suspension following his sending-off against Palace.

If selected, Fabinho will notch his 100th Premier League start for the Reds, while Alisson Becker is set to enter the club's all-time top 10 goalkeeper appearance-makers.

For United, Anthony Martial has returned to training after missing their opening two games of the season due to a hamstring injury.

Victor Lindelof and Facundo Pellistri are definitely out of Monday's match, however, with Erik ten Hag set to have a similar squad available to that which lost to Brighton & Hove Albion and Brentford.

"Victor has not returned to the training pitch but the good news is that Anthony Martial is back in training with the team," Ten Hag told United's official website on Friday.

United announced an agreement to sign Casemiro from Real Madrid on Friday night, but the midfielder will not be eligible to face Liverpool.