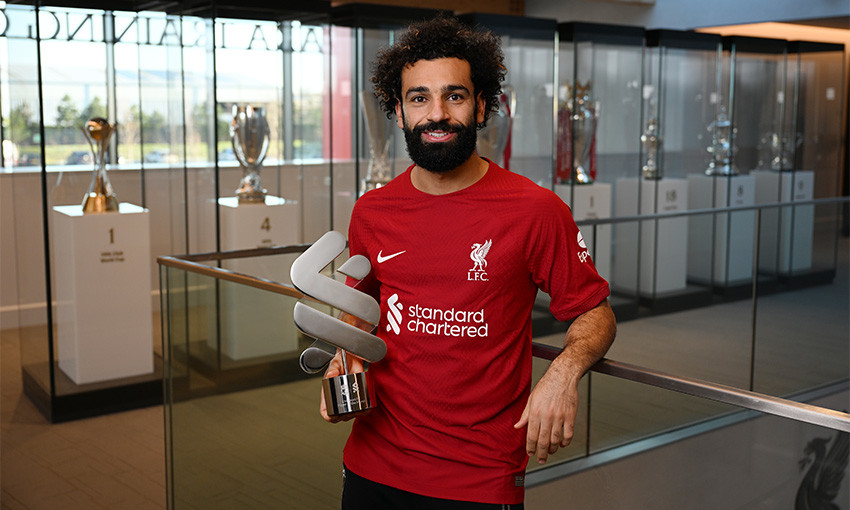 Mohamed Salah has been voted Liverpool's Standard Chartered Player of the Month for December.

The Egyptian wins the prize for the first time this season after appearing in all three of the Reds' fixtures in the month, which produced victories over Aston Villa and Leicester City.

Salah edged Alisson Becker in a fan poll to claim the prize at the AXA Training Centre on Thursday, and told Liverpoolfc.com: "It's always good to win it, but [over] the last couple of weeks we all know we should do better and hopefully the results will be better in the next few games.

"The players were so excited after the game [at Wolves]. We have a really good group, the players all around try to stick together and just lift each other.

"I think we have that good vibe in [the] dressing room - hopefully that will help us in the next games."

On the squad remaining together, Salah added: "As I said before, we have a really good group. I've been in three or four teams - I know what's different between here and the other teams. We have an unbelievable group.

"It's hard, it's a tough situation, but I think we're going to go through that and make it better."

Having netted in the Carabao Cup defeat at Manchester City, Salah then opened the scoring in the 3-1 win at Villa Park on Boxing Day, before providing an assist for Virgil van Dijk's goal.

The fifth-minute finish from the No.11 – his 172nd for Liverpool – saw him move level with Sir Kenny Dalglish on the club’s all-time top men's goalscorers list.

He then moved into outright seventh place when he got on the scoresheet against Wolverhampton Wanderers earlier this month.