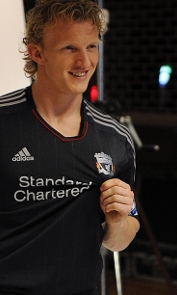 Raul: Jay has been fantastic

John Aldridge believes top scorer Dirk Kuyt will be an integral part of the team next season regardless of who Liverpool sign this summer.

The Holland international notched his seventh goal in six matches during the 5-0 victory over Birmingham City at the weekend.

That took his overall tally for the season to 13, making him Liverpool's top scorer despite spending much of his time on the right-wing.

Aldridge is a fan.

"Kuyt's work rate is second to none and he took his goal expertly against Birmingham on Saturday," said the former striker, who scored 63 goals in 104 outings for the Reds. "It was a very tidy finish.

"Of course we expect Kenny Dalglish to sign wide players this summer and when Luis Suarez and Andy Carroll are both fit they will be the first-choice strike pairing.

"But whatever happens Kuyt is going to be a very valuable asset next season. He's shown again recently he can do a great job for the team whether he's out on the right or up front alongside Suarez.

"It's great for Kenny Dalglish to have someone who is so versatile and offers him different options." 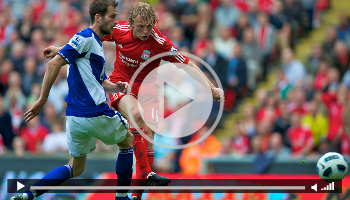