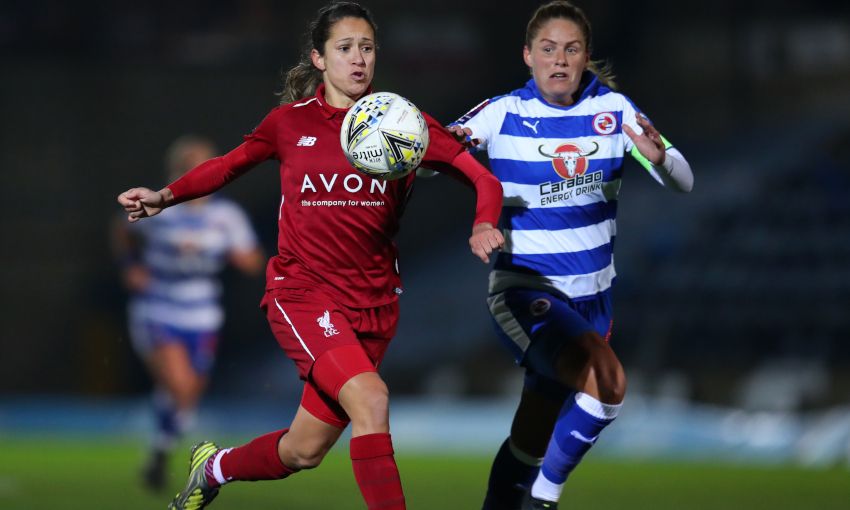 The No.9’s majestic overhead kick settled the game in the 92nd minute but Jepson was quick to point out there’s more to her game than goals.

“It’s not just Courtney’s finishing in front of goal, if you watch her off the ball in and out of possession she works so hard for the team,” said Jepson.

“She is an ultimate team player so she deserves the goals that she got.”

Sweetman-Kirk has been in fine form, netting three goals against Reading Women in December and scoring from the spot earlier in the tie against Yeovil.

But the Reds’ leading scorer, currently on eight in her debut season, was focused on the team after the match despite her solo heroics.

“It’s always nice to score goals, and important goals to win the game, but the most important thing is the three points,” she said. 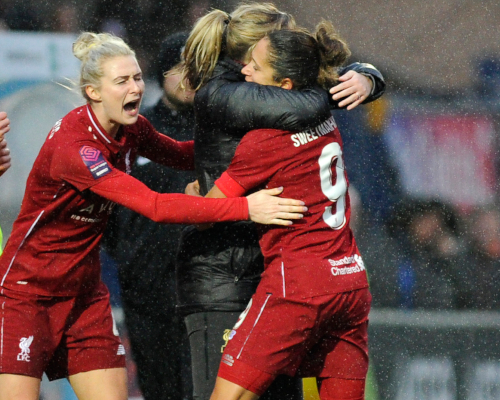 The victory over Yeovil signalled the end of a winless streak in the league for the Reds - and Sweetman-Kirk was keen to point out the importance of the squad’s togetherness.

“We’ve been on a bad run and I think the most important thing [against Yeovil] was just to go back home with a win,” she said. “Sometimes you play really well for the 90 minutes and sometimes you have got to grind it out.

“We’ve got a great squad, we’ve got a good atmosphere. As a squad we’ve been through a lot but the one constant has been our attitude and how we are so together and - I say this a lot - it’s one of the most together squads I’ve ever been in.

“We have confidence and know we can grind deep and push each other.”

Liverpool FC Women are back in action on Monday January 28, when they take on West Ham United Women at Prenton Park.

Kick-off is at 7pm and tickets are available online now.