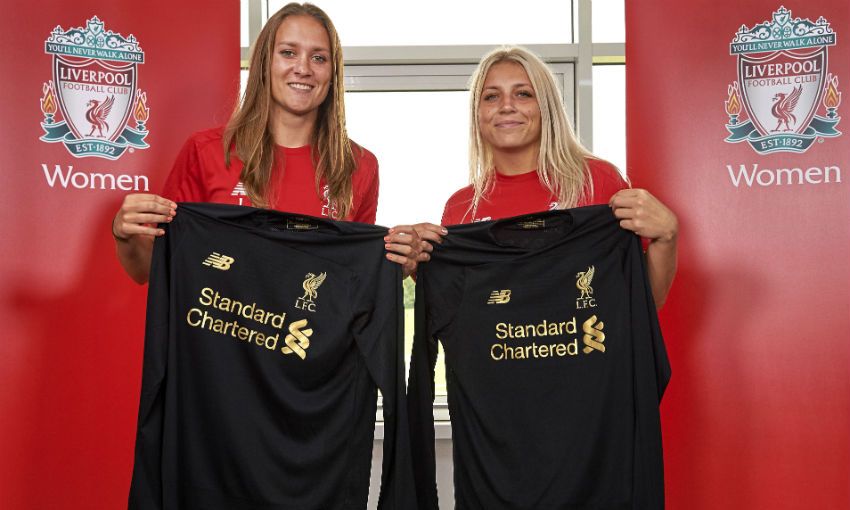 Preuss, 26, joined the Reds in July last year and made 17 appearances in her first season.

She arrived in England with Sunderland before making the switch to Liverpool.

Kitching, 21, graduated from the Sheffield United Academy before moving to Chelsea in 2015, later joining Watford on a season-long loan deal in 2017.

After briefly returning to the Blades, she was snapped up by Liverpool Women in August 2018, making 10 appearances in her first season.

Liverpool FC Women first-team goalkeeping coach Craig Dootson said: “It’s great news for the club and great news for me. I enjoy working with both 'keepers.

“I think going forward it’s the continuity of keeping two keepers who are comfortable in each other’s company and who are competitive.

“Both are aware you get your shirt based on performance and attitude and that’s not going to change. They are both comfortable vying for that No.1 slot.”

Preuss started her career with Hoffenheim before moving on to Frankfurt where she won the German Cup in 2014 and the Champions League in 2015.

She said: “It’s great to be back with the team and play another season at this great club. It’s a great team, we’re all close together and it’s nice to be with this squad.

“I think I’ve improved in the last year and the team itself has developed.”

Kitching, who has received international recognition for England U20s, said: “I had a really good season last year and I’m looking to build on that and get more game time.

“I’ve learned a lot and playing in this league has really helped me.

“I love the team, I love the city, I love everything about it. Anke and I push each other and we are both there to help each other, it’s a healthy relationship.”

Liverpool FC Women leave for America on Tuesday for a pre-season tour with stops in Notre Dame, Boston and New York.

Anke Preuss nominated for WSL Player of the Month