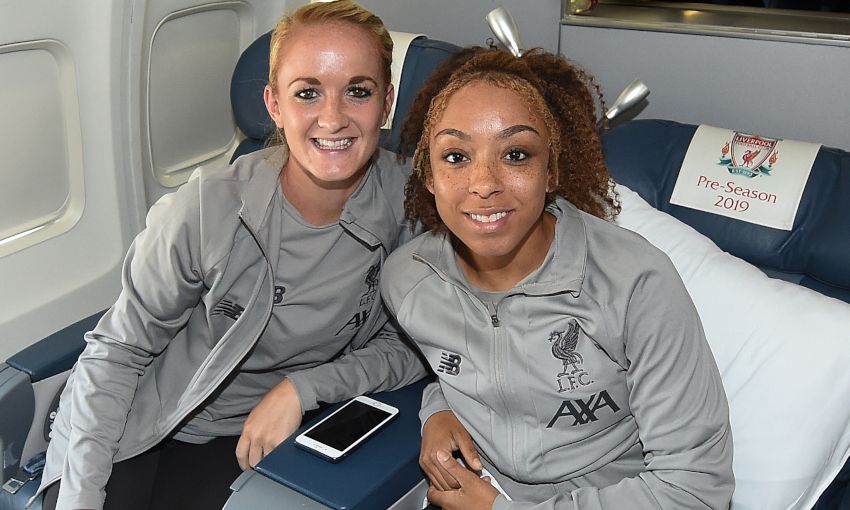 Jepson: It will be an honour to play at Harvard University

Liverpool FC Women star Jess Clarke has shared an insight into the confidence the team will take going forward from travelling on the USA tour alongside the first team.

The attacker is in line to play her first minutes of the pre-season after recovering from an injury as Vicky Jepson’s side face the Metropolitan Conference All Stars at the famous Harvard University on Monday evening.

After their opening 2-2 draw with Cleveland Ambassadors at Notre Dame on Thursday, the Reds will conclude their playing side of the tour in Boston.

Ahead of the 6pm kick-off local time in Boston, the No.7 is chomping at the bit to take her first steps on the pitch in pre-season.

"Being out with an injury, it’s always difficult watching on from the sidelines, so I’m just happy to be back with the team and hopefully I can get a few minutes under my belt," Clarke told Liverpoolfc.com.

"I can't wait for this game, it’s a once-in-a-lifetime experience being out here in America with Liverpool FC Women and I just can’t wait to get on the pitch and get some minutes.

"It's a change from back home and it’s really hot, but we are getting used to it and it adds to it with it being pre-season and it’s a case of working that little bit harder in these conditions.

“If you can play as many games as you can in pre-season, it’s only going to put you in a good position. So if I can just continue to build, get the minutes under our belt and have some good performances.

“It’s amazing travelling alongside the players, even for us just having an insight into what it’s like as a male footballer and they can see what we can do as well and it’s been a great experience so far.”

During the tour the players have had the honour of travelling on one of the official Liverpool FC coaches, and for summer recruit Becky Jane, it’s an experience she is thoroughly enjoying. 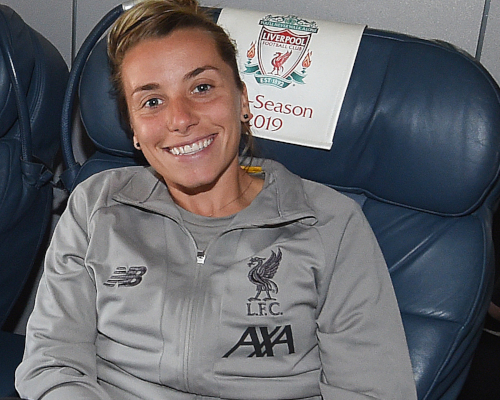 “Getting the opportunity to travel on the coach was a bit of a shock but that was really nice and it’s those little touches that make us feel really welcome."