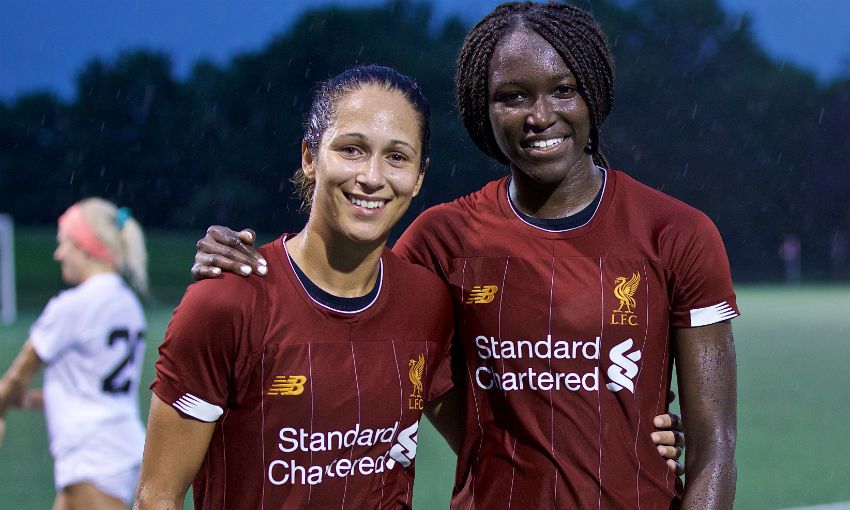 Liverpool FC Women registered a resounding 6-0 win in the second and final game of their pre-season tour of the United States - check out our gallery of photos from the victory over Metropolitan Conference Allstars.

Courtney Sweetman-Kirk scored four times - including a hat-trick inside the opening 40 minutes - with Rinsola Babajide also netting before half-time at Havard University.

Babajide quickly added the Reds' sixth after the restart as Vicky Jepson's side ran out convincing winners in Boston.

Read our full match report here and browse through a collection of the best photos of the game below...