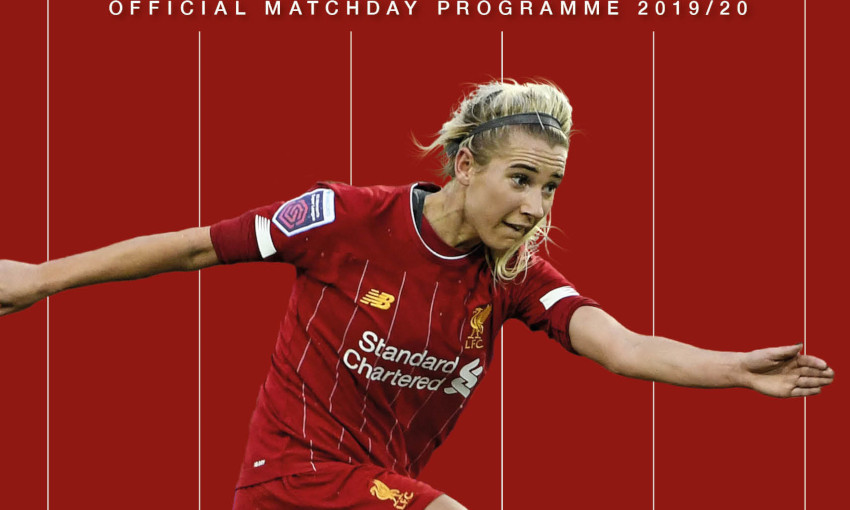 Hot on the heels of the record-breaking game against Everton at Anfield, the Reds will be aiming to repeat last season's wins over the Irons.

The official matchday magazine is a great souvenir for the occasion and packed full of great content.

Inside, we hear from attacker Kirsty Linnett who discusses her new role as a number 10 and why the team are convinced they will soon start putting wins on the board.

Manager Vicky Jepson offers her thoughts in her regular column while captain Sophie Bradley-Auckland also looks ahead to the game in her skipper's notes.

There is a great pull-out poster of forward Niamh Charles who reached 50 appearances for the club in last weekend's match at Manchester City, all the latest news from around the Reds' training base, the lowdown on our visitors from London plus all the facts and stats to keep you in the know.

So make sure you pick up your copy of the official matchday programme at Tranmere on Sunday, priced £3.