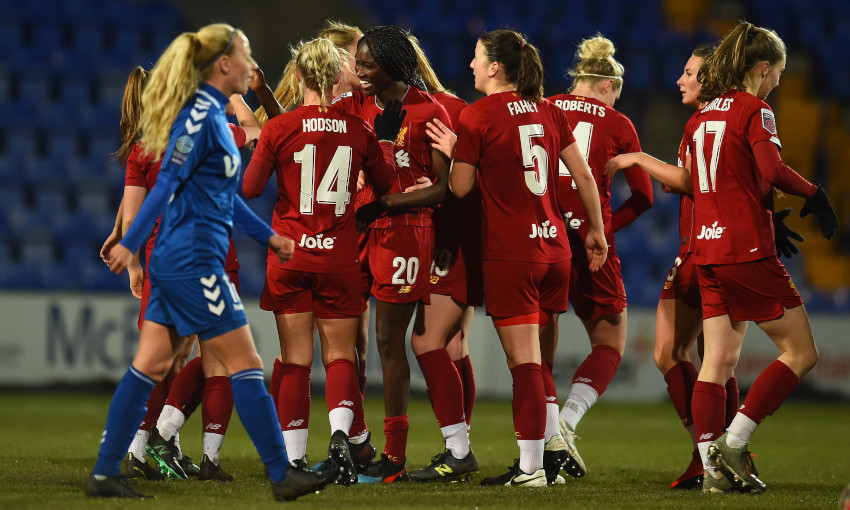 Rinsola Babajide inspired Liverpool FC Women to a 3-1 win over Durham Women FC in the Continental Cup on Wednesday night.

The forward scored twice and created the Reds’ other goal for Niamh Charles as Vicky Jepson’s side claimed their third victory in Group A.

But the result wasn’t enough for a place in the quarter-finals, with Sheffield United and Aston Villa taking the qualification spots.

Ashley Hodson had already sent an effort off target before the home team went in front with eight minutes on the clock at Prenton Park.

It was a goal all of Babajide’s making, the 21-year-old driving in from the right flank and planting a fantastic left-footed curler into the top corner.

Durham might have quickly restored parity but Molly Sharpe, played in by Iris Achterhof, was brilliantly denied by Liverpool stopper Fran Kitching.

Her opposite number, Megan Borthwick, next prevented an addition to the scoresheet, keeping out the latest strike from Babajide after she again created space well.

But it was a temporary reprieve for the visitors.

On 37 minutes, Christie Murray played a short corner into Babajide, who once more produced an unstoppable finish beyond the reach of Borthwick off her left foot.

And there was still time before the break for the No.20 to turn provider, her run and cross from the flank teeing up Charles to convert the Reds’ third at the back post.

Babajide squandered a hat-trick 11 minutes into the second half, rounding the goalkeeper but shooting wide from a tight angle, and Sharpe immediately netted at the other end with a close-range header.

Half-time substitute Courtney Sweetman-Kirk saw a goal disallowed for offside after an eye-catching dribble down the right by Charles and the contest played out with Liverpool’s 3-1 lead intact.

Jepson’s charges leapfrogged Durham in the standings but fell a point short of Sheffield United and Villa in the race for the quarter-finals.