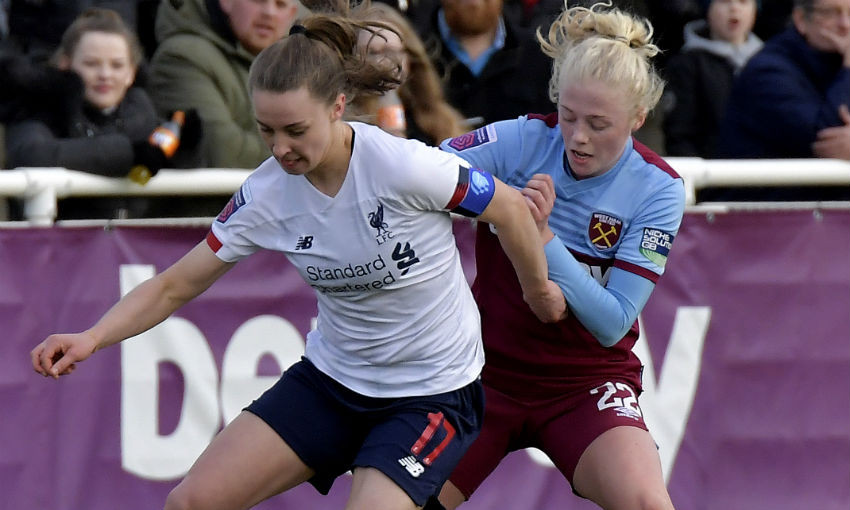 The hosts were four goals to the good by the hour mark at a blustery Rush Green thanks to braces from Adriana Leon and Martha Thomas, before a spirited end to the game from the Reds saw Rachel Furness score twice to halve the deficit.

The loss, coupled with Bristol City’s 1-0 win over Birmingham City, means Vicky Jepson’s side slip to the bottom of the Women’s Super League ahead of the international break.

Liverpool made a bright start and won an early corner, but the wind undermined Jade Bailey’s attempt to find a teammate in the area.

The conditions were making life difficult for both teams, although the Reds strung together a move of quality that resulted in a half-chance in the 23rd minute.

Kirsty Linnett fed Melissa Lawley out on the right and the midfielder drifted in an inviting cross that was just out of range of the Reds players who had made their way into the box.

However, two clinical attacks in quick succession led to West Ham opening up a commanding lead.

First, a swift counter ended with Leon cutting in from the left and firing a powerful low shot beyond Anke Preuss, before Thomas converted Alisha Lehmann’s cut-back seconds later.

Niamh Charles shot over the bar from range as the visitors sought a quick response, with Linnett then seeing an effort saved by Anna Moorhouse prior to the interval. 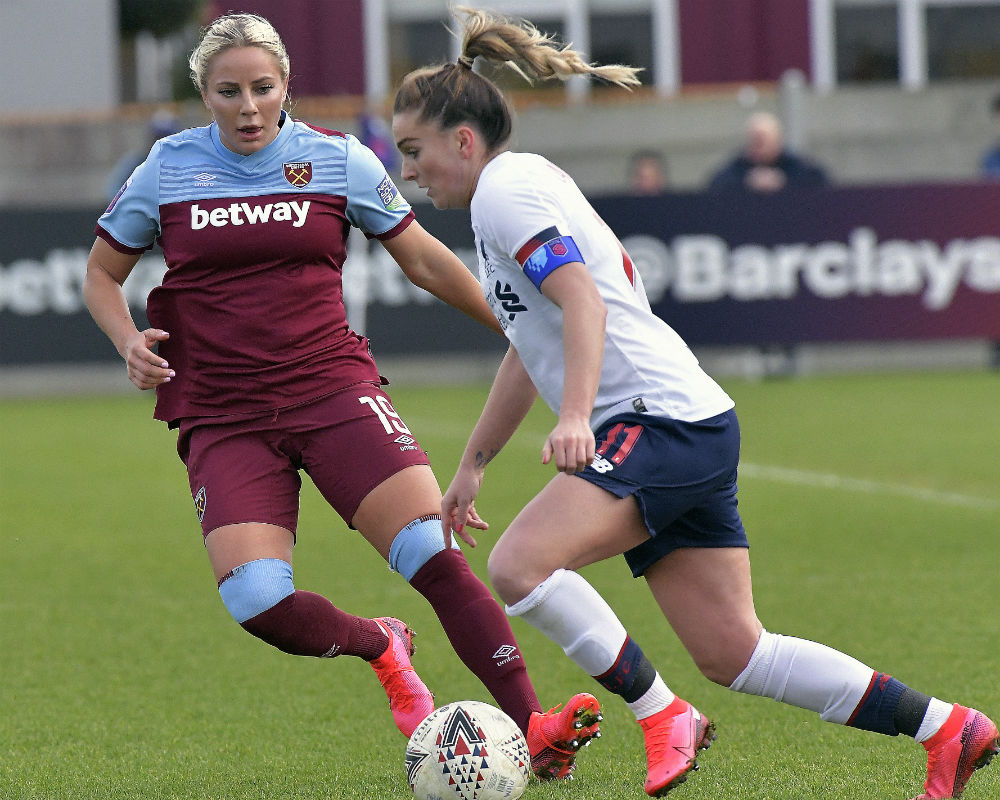 West Ham began the second half on top, though, and quickly doubled their advantage courtesy of further goals by Thomas and Leon.

Jepson had already introduced Jess Clarke from the bench by that stage and the No.7 created an opportunity for Lawley when she crossed low from the left. The sliding Lawley just couldn’t make enough of a connection at the back post, however, and the chance was gone.

Another substitute then created Liverpool’s first goal with 19 minutes left to play, as West Ham failed to deal with Christie Murray’s free-kick into the box and Furness slotted the loose ball home.

And Furness’ fine looping header from Murray’s last-minute corner ensured the final scoreline offered a more accurate reflection of how the game had unfolded.