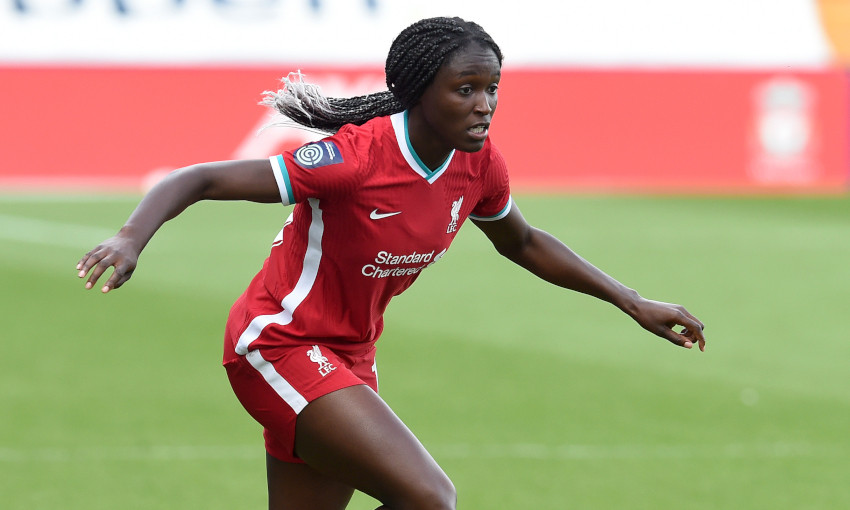 Photos: Furness on the mark as LFC Women held by Durham

The 22-year-old is part of a 30-player squad named by Lionesses manager Phil Neville for a week-long training camp starting next Tuesday at St. George’s Park.

Babajide, LFC Women’s Player of the Season for 2019-20, has previously been part of the U21 England squad.

The camp represents the start of the long-term build-up by England to the FIFA Women’s World Cup in 2023 in Australia and New Zealand.

Head coach Neville said: “This is a critical moment in our development of England Women. Every camp from now on is aimed at building a team capable of competing for the highest honours in world football, including the prestigious home EURO in 2022 and, ultimately, the FIFA Women’s World Cup in 2023.

“It is important that we offer as many opportunities as possible for some of the country’s best young talent to stake their claim for a place in the senior England squad for this exciting three-year period.”

Elsewhere, Reds captain Niamh Fahey will be away with the Republic of Ireland next week as they take on Germany in a UEFA Women’s European Championship qualifier, while vice-captain Rachel Furness should be with Northern Ireland as they tackle the Faroe Islands in the same competition.

Midfielder Rhiannon Roberts is also set to be in EURO qualification action as Wales take on Norway, and young midfielder Mia Ross is also likely to join up with England U17s.