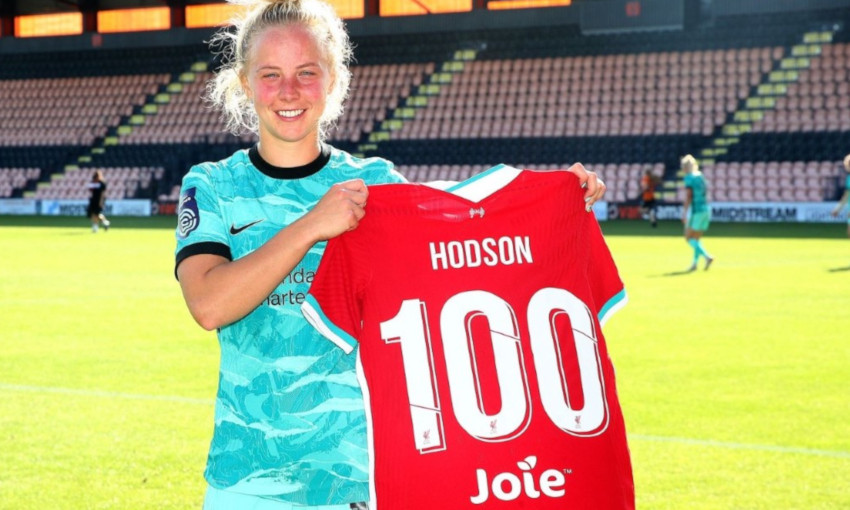 Ashley Hodson has received a special presentation to mark her 100th appearance for Liverpool FC Women.

Hodson brought up the milestone when she took to the field at Prenton Park as LFC Women began their Championship season against Durham Women earlier this month.

And after clocking up game 101 in Sunday's 3-0 victory over London Bees, she was presented with a special '100' Liverpool shirt by manager Vicky Jepson to celebrate her achievement.

Hodson became just the second Reds player in the modern era to reach a century, following in the footsteps of Gemma Bonner.

The 25-year-old from St Helens is the club's longest-serving player, having graduated to the first team from the centre of excellence.

She made her debut in April 2014 and earned 11 appearances that season as Liverpool clinched their second Women's Super League title. 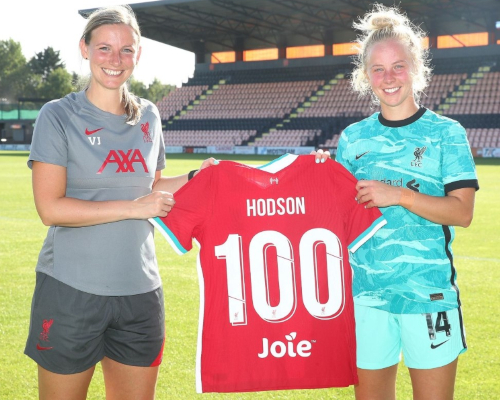 "To record such a landmark figure is testament not just to her talent but her hard work and loyalty over the years."

Reds manager Jepson added: "Ash is not just our longest-serving player – she's one of us.

"She came through the centre of excellence to my development squad before swiftly making her way to the first team.

"It's been a privilege to watch her grow. I'm sure all Liverpool fans will join me in applauding her wonderful achievement."