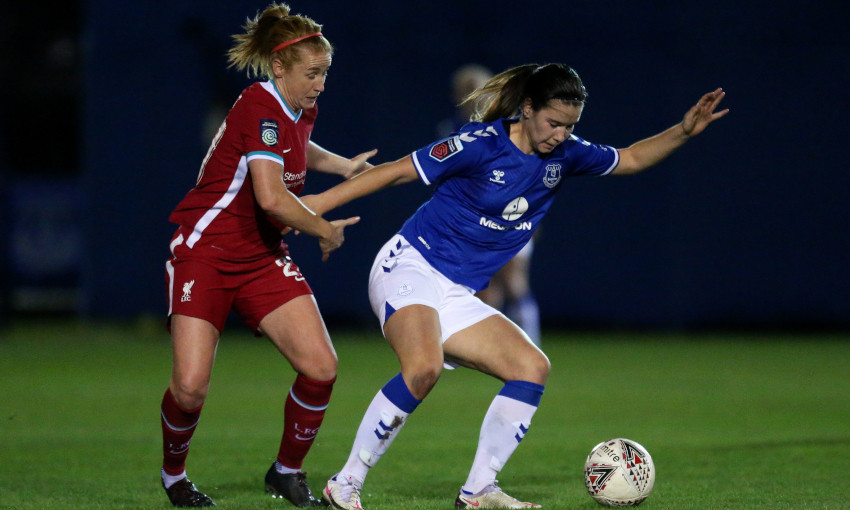 Izzy Christiansen’s close-range effort gave the Blues an early lead in the Group C clash at Walton Hall Park and it was one they preserved for the remainder.

The Reds had a series of chances during a period of pressure before the interval, while the hosts were in the ascendancy as time elapsed and they saw out the victory.

It means Vicky Jepson’s charges finish the section with three points from their three fixtures and must wait for other results to decide their final position.

Everton struck first in the Merseyside derby with only six minutes on the clock.

A ball over the top into the left channel invited Chantelle Boye-Hlorkah to attack the Liverpool area and, with Niamh Fahey unable to clear and Rylee Foster out of goal, the Blues forward nudged a pass inside to Christiansen for a finish into the empty net.

Jepson’s side would have been disappointed with the manner of the concession but the response was impressive and they steadily worked their way into the tie.

On the half-hour mark, Rinsola Babajide created their first real chance – and a hugely promising one – after winning possession in the Everton half and carrying it to the opposition box.

Having drawn in several recovering defenders, she fed the waiting Amalie Thestrup to her left, whose driven strike on the angle was directed too close to the goalkeeper.

The home team did squander a significant chance to double their advantage as Grace Clinton, released clean through by Lucy Graham, swiped her right-to-left effort across Foster but the wrong side of the post.

But Liverpool ended the half on the up. Rachel Furness hooked off target from inside the area and then, when Missy Bo Kearns’ 43rd-minute corner was flicked into her path, sent an instinctive prod at goal wide to the left. 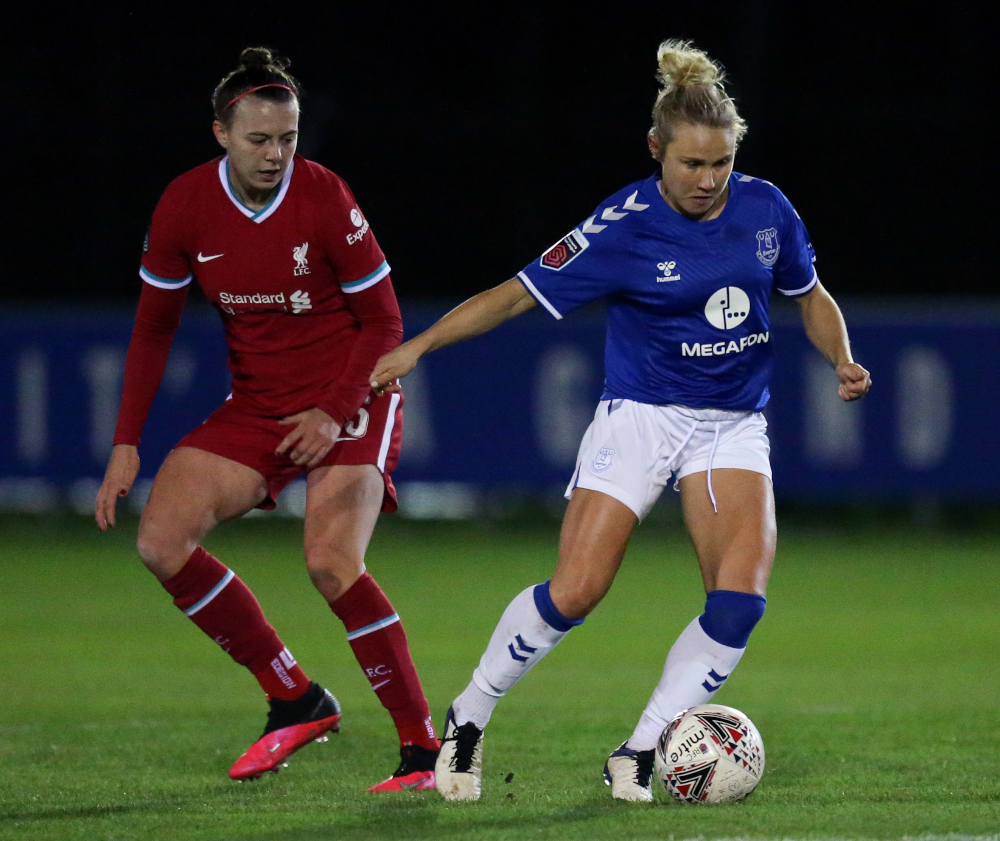 Everton regained more of the momentum when the sides returned for the second half and Boye-Hlorkah might have netted as the contest entered its final third.

Christiansen’s fierce free-kick into the box from the right was crucially headed clear by Furness under pressure, though only to Boye-Hlorkah, who clipped her shot too high.

Genuine scoring opportunities were at a premium in comparison to the first half, however, with Liverpool unable to produce the sights of goal they needed.

There was welcome news for the Reds as Amy Rodgers returned from injury, the midfielder entering the action with around 20 minutes remaining.

But when the chances did start to come, they were for Everton.

A mix-up between Foster and Leighanne Robe as they sought to play out from the back allowed Hayley Raso to swerve a finish past the Liverpool ‘keeper – but Fahey slid in to prevent the ball from crossing the line.

The Blues were next thwarted by the woodwork as the result of a challenge between Damaris Egurrola and Foster from a left-wing delivery towards the near post.

Nicoline Sorensen fired over from yards out when Raso’s centre teed her up perfectly and Foster then clawed away a blast by the latter as the tie concluded without any further additions to the scoresheet.