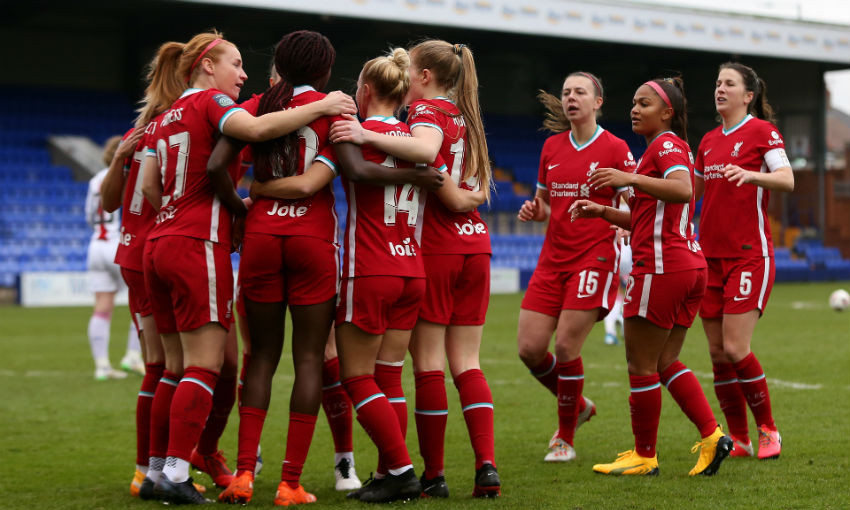 A dominant performance saw Liverpool FC Women beat Crystal Palace 4-0 and move within two points of the top of the FA Women’s Championship.

A strong display left the returning fans able to be in attendance for the Reds’ final home match of 2020 delighted, with Vicky Jepson’s side now sitting one point behind second-placed Durham FC and two adrift of leaders Leicester City.

Great to have our fans back in the stadium❤️ https://t.co/HVNlPcMtjX

Liverpool’s purposeful start was rewarded when Babajide and Rachel Furness upped the tempo with a sharp one-two that enabled the No.10 to surge into Palace’s penalty area.

Babajide would calmly slot her fifth goal of the season low beyond Chloe Morgan - and the visitors quickly came under further threat as successive corners led to headed efforts by Furness and Meikayla Moore.

LFCTV GO: Watch the best of the Palace action

Palace managed to weather the remainder of the early Liverpool storm, though, and had gained something of a foothold by the time Leeta Rutherford sent a snap-shot wide with 15 minutes on the clock.

But Jepson’s team remained in control and Taylor Hinds forced Morgan into a smart stop after cutting inside onto her right foot and shooting from the edge of the box.

Melissa Lawley then went close to connecting with a drilled cross from Ashley Hodson - who had to be withdrawn just before the break due to an apparent hamstring issue - but the Reds got the second goal they deserved when Furness teed up Rodgers to guide home from 20 yards. 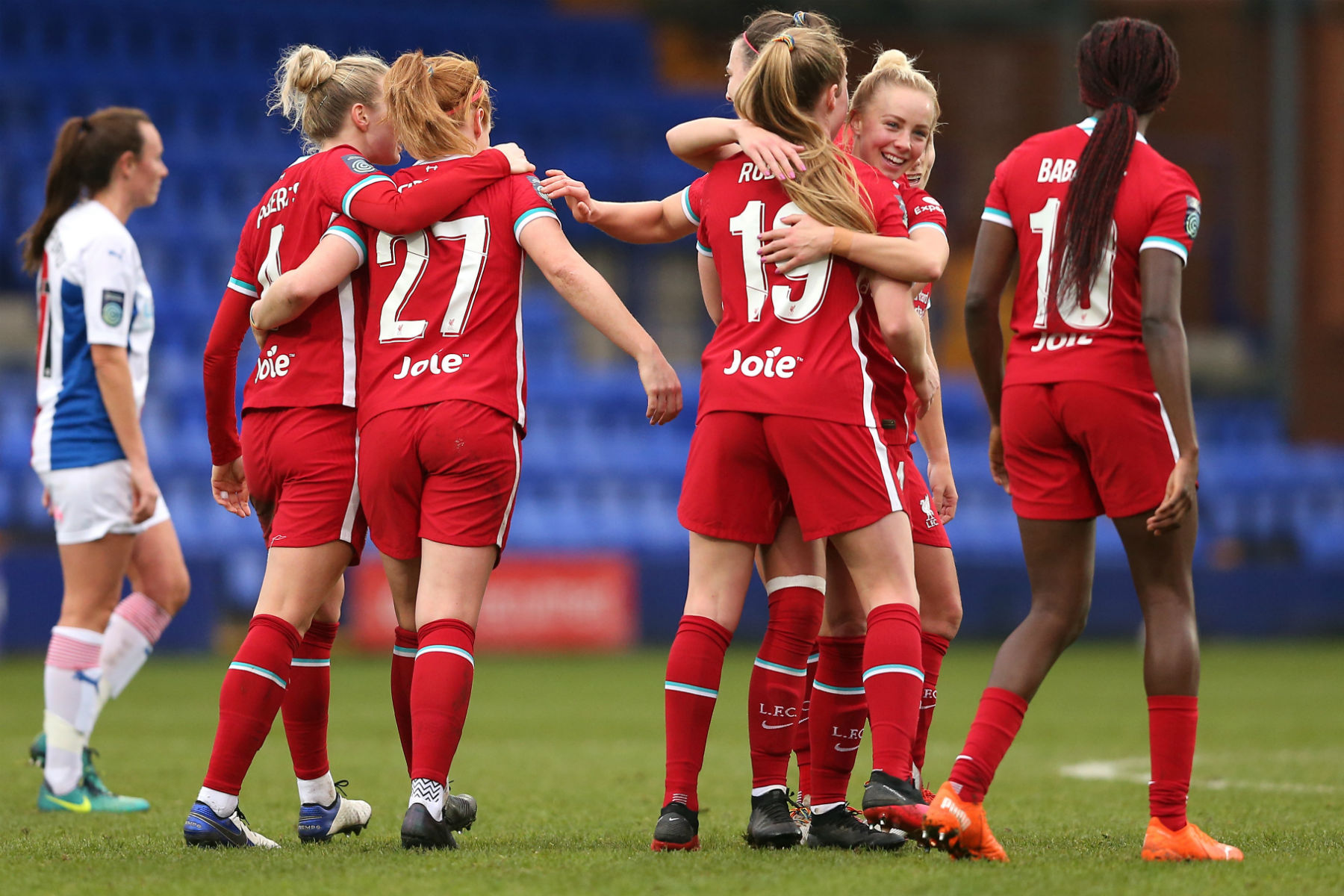 Babajide continued causing problems down Liverpool’s left in the early stages of the second period, with the forward twice getting to the byline and sending in dangerous deliveries that her teammates were unable to convert.

The No.10 then saw an attempt of her own blocked but, given their complete authority, more Reds goals felt inevitable.

A third duly arrived 15 minutes from time courtesy of Thestrup, who had earlier replaced the injured Rodgers.

The Denmark international worked an angle inside the area prior to dispatching an excellent shot back across Morgan and into the far bottom corner.

And Babajide had the final say by producing an accurate finish in injury time to round off an impressive afternoon's work.