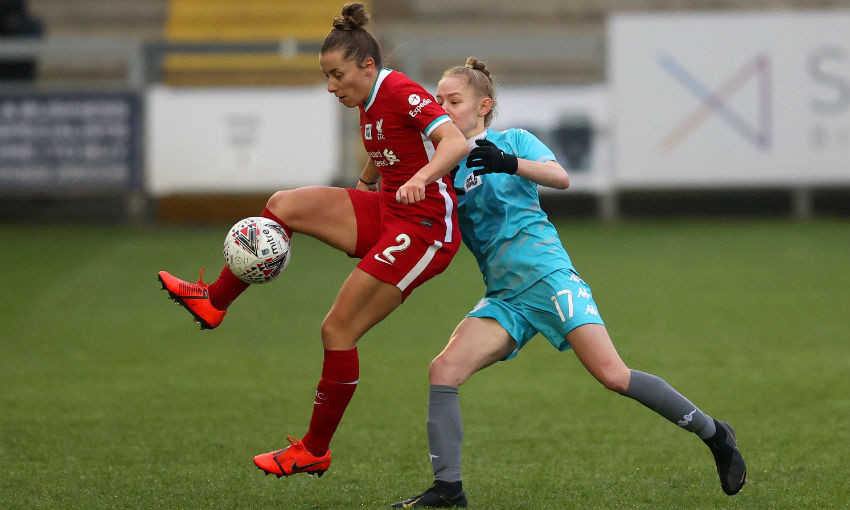 The New Zealand international, a summer arrival from German side MSV Duisburg, secured the three points for the Reds with her 31st-minute finish.

The visitors made a strong start to the contest and created a number of goalscoring opportunities in the first half, with Rinsola Babajide continually testing the Lionesses' backline.

They took the lead just past the half-hour mark from a set-piece when Moore converted from Amy Rodgers' corner kick.

The Reds searched for a second before the break and went close with a Melissa Lawley shot that went just wide.

LFCTV GO: Watch the best of the action

Shortly after half-time, Amalie Thestrup and Rachel Furness both fired efforts wide as Jepson's team continued to play on the front foot.

Furness then went even closer in the 74th minute when she struck the crossbar with a powerful attempt.

But one goal was enough for the Reds to secure the important win and they travel to second-placed Durham next Sunday.