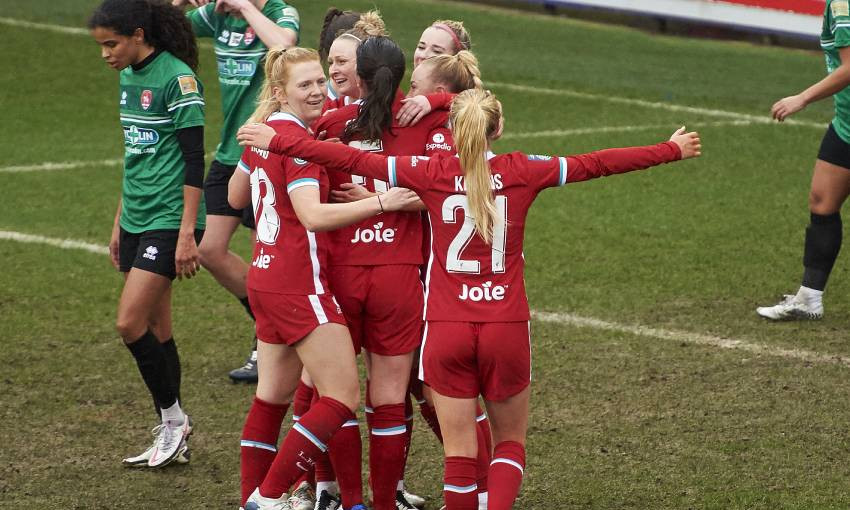 It's time to pick your Standard Chartered Player of the Month for Liverpool FC Women now.

The Reds enjoyed a successful March as they claimed two victories from their three FA Women's Championship fixtures.

They opened the month with a hard-fought 1-0 win away at Crystal Palace before then putting five goals without reply past Coventry United Ladies at Prenton Park.

Though it ended with a frustrating 1-1 draw against Blackburn Rovers, the side are now five games unbeaten under interim boss Amber Whiteley.

Select your standout player from March by casting a vote below. The winner will be announced on Liverpoolfc.com soon.

App users should tap here to load the voting form.