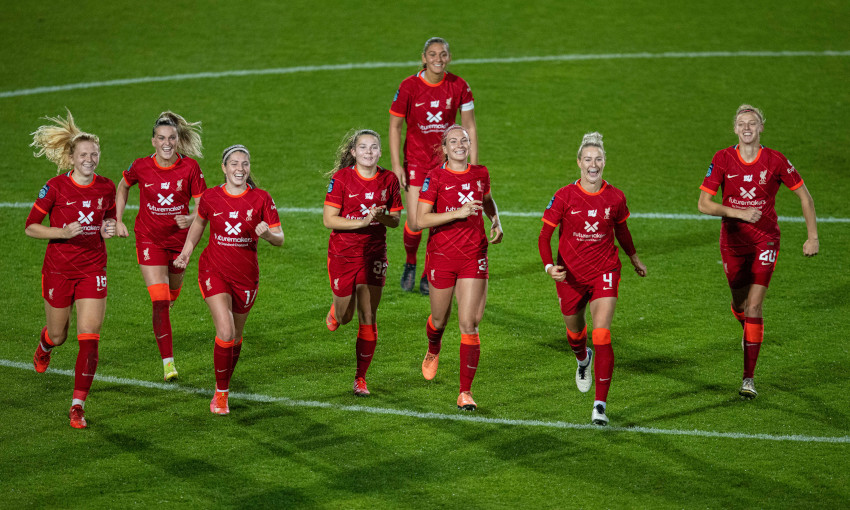 Shania Hayles’ clinical finish handed Villa an almost instantaneous lead at Prenton Park but the Reds were on top for long periods and levelled on 66 minutes through substitute Leanne Kiernan.

The competition format sees a bonus point available via a penalty shootout when the score is tied at full-time and it was Matt Beard’s LFC Women who took it.

Rylee Foster made a brilliant save on the stretch to deny Chantelle Boye-Hlorkah with the first effort and the Reds were perfect with all five attempts to take the larger share of the spoils.

The visitors, currently sitting seventh in the Women’s Super League, turned a Liverpool corner kick into an opening goal in the second minute of the Group A tie.

When the Reds’ set-piece was cleared out of the Villa area, Alisha Lehmann guided a pass out to Hayles in the right channel with plenty of space to advance into.

She took full advantage, cutting inside as she moved into the box and smacking a low effort across the reach of Foster to nestle into the opposite corner of the goal.

Liverpool needed time to settle into their rhythm but began to overturn Villa’s early momentum at the midway stage of the first half. 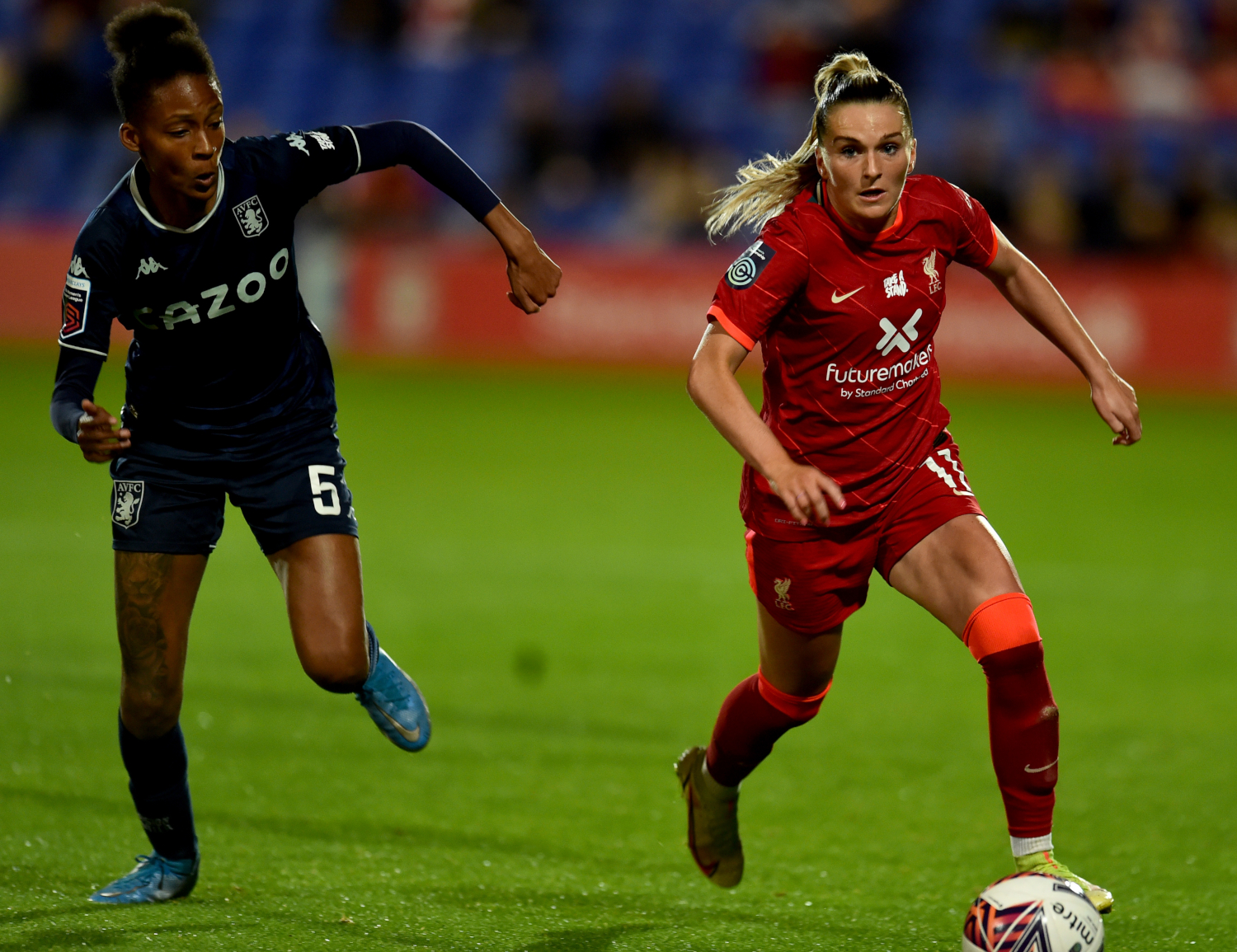 Missy Bo Kearns was providing a focal point for their offensive work with her precise range of passing and the No.7 went close with a low drive from around 25 yards that drifted wide of the right post, following good hold-up work by Georgia Walters.

Summer signing Carla Humphrey then tried her luck at even greater distance, the ambitious effort dipping relatively comfortably into the gloves of Villa goalkeeper Sian Rogers.

Beard’s side made appeals for a penalty when Melissa Lawley went down inside the opposition area claiming a touch from Olivia McLoughlin, though the referee was uninterested.

With the home team now making all the running, Meikayla Moore nudged off target when her run into the area was picked out by Lawley’s right-wing cross.

There were two changes for LFC Women when the sides returned for the second half, with Leighanne Robe and Yana Daniels introduced for Jasmine Matthews and Taylor Hinds.

The Reds continued to pin their opponents back as they pressed for an equaliser, and Kearns fashioned a chance for Rhiannon Roberts amid a succession of corners.

The former’s low delivery teed up the latter to strike towards goal, but she put too much power on the attempt and sent the ball high over the bar.

Fortune almost favoured Moore on the hour as her cross from deep on the right flank swerved in the direction of the net, forcing Rogers to claw away.

There was no luck needed when Kiernan provided Liverpool with a deserved leveller just four minutes after the in-form striker was sent on from the bench.

The No.9 burst into the box from the right edge and rode a series of challenges before reaching a shooting spot, from which she tucked a classy side-footer into the bottom corner for 1-1. 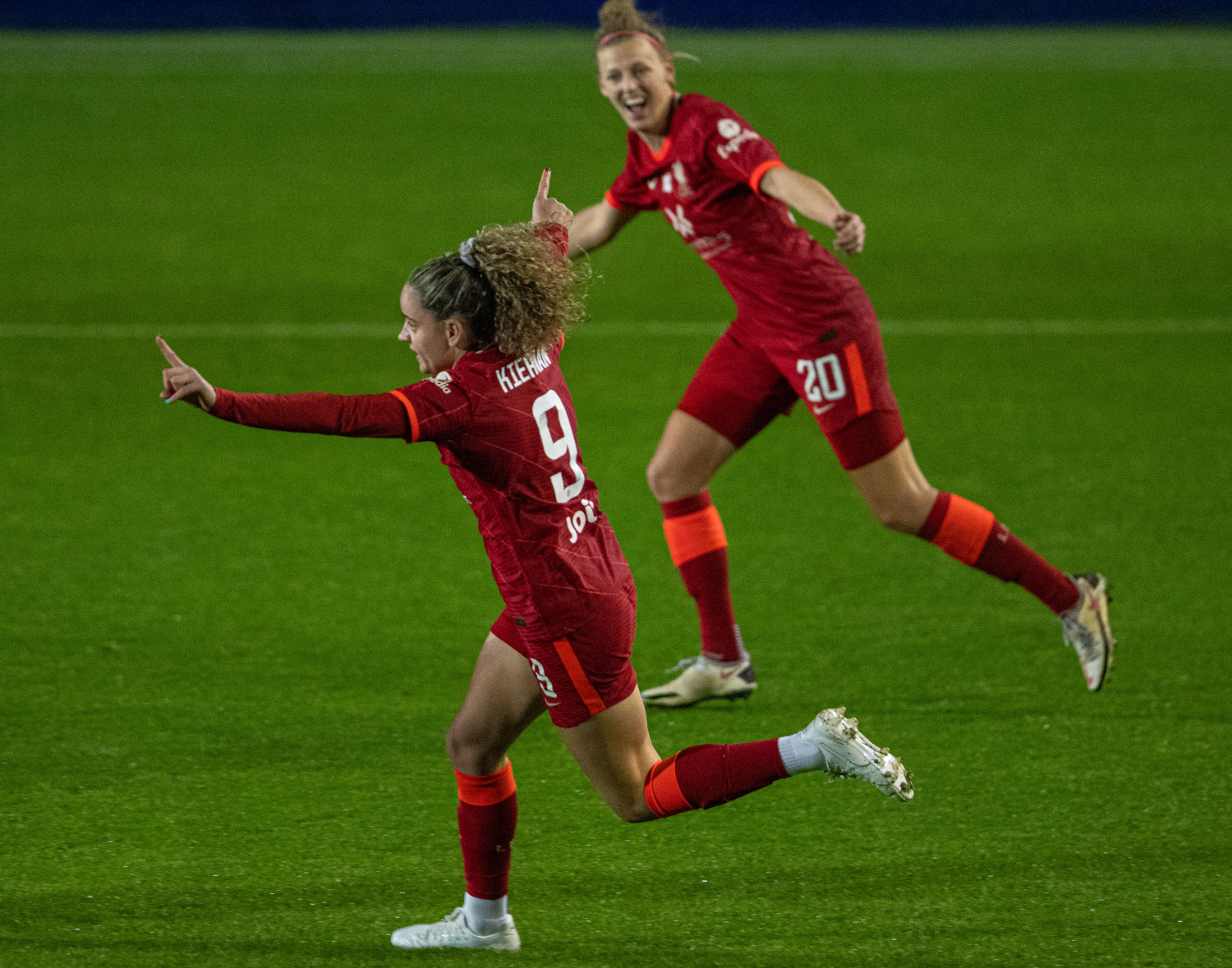 Joy quickly turned to concern for the Reds as first Moore had to shake off an injury and then Kiernan was unable to – the goalscorer limping off to be replaced by Ceri Holland.

Villa rallied in the final 10 minutes and Foster carefully watched a nicely struck shot by Sarah Mayling from just outside the area into her hands.

But nothing could separate the sides in normal time, meaning a shootout to decide the award of an additional point – and the hosts claimed it courtesy of Foster’s excellent save and converted penalties by Jade Bailey, Holland, Daniels, Robe and Ashley Hodson.

Liverpool’s Continental League Cup campaign will continue with a trip to Sheffield United Women on November 3.