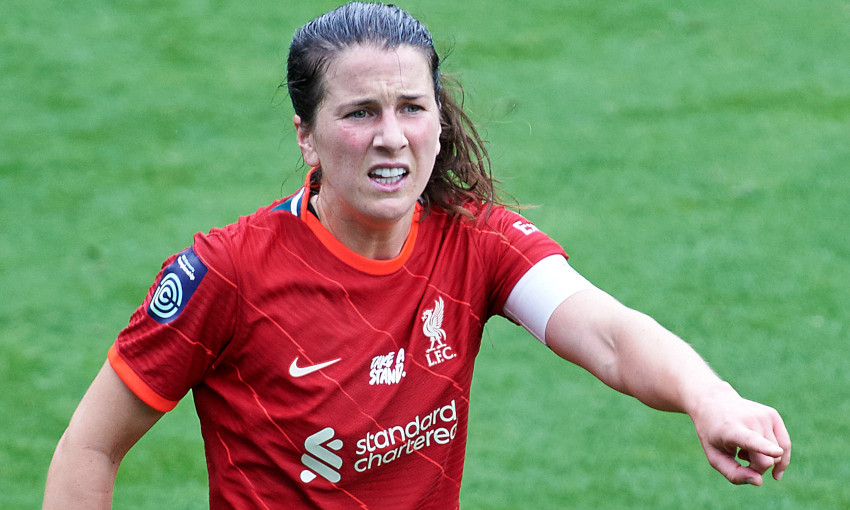 Watch: Kickin' Back with Missy Bo Kearns and Jade Bailey

Twelve Liverpool FC Women players will be away representing their countries during the current international break.

The Reds have a burgeoning Irish contingent and will be represented in games for north and south.

Captain Niamh Fahey and striker Leanne Kiernan are in the Republic of Ireland squad as they take on Sweden on Thursday and Finland the following Tuesday in World Cup qualifiers.

With Northern Ireland, vice-captain Rachel Furness can look forward to a trip to Wembley on Saturday to face the Lionesses and then takes on Austria the following Tuesday, again in World Cup qualification.

The Reds have even more representation in the Welsh squad with three players in Rhiannon Roberts, Ceri Holland and Georgia Walters.

They will travel to Slovenia for a World Cup qualifier on Friday and return home for another World Cup fixture against Estonia next Tuesday.

Meikayla Moore will join up with New Zealand for a nine-day camp starting on Monday, while Jade Bailey's similar camp with Jamaica includes a fixture against Costa Rica on Sunday.

Been a good few weeks for everyone! Good luck to our 12 girls on international duty! The hard work will still conti… https://t.co/UQGIADKrve

The Reds are also well represented at younger age groups.

Missy Bo Kearns and Taylor Hinds will join up with England U23s for a 10-day camp, while Charlotte Wardlaw and Lucy Parry are with the U19s for a busy period which includes fixtures against the Republic of Ireland, Northern Ireland and Switzerland.

Matt Beard's side return to action on Sunday October 31 with an FA Women's Championship fixture against Lewes at Prenton Park. Tickets are on sale now.