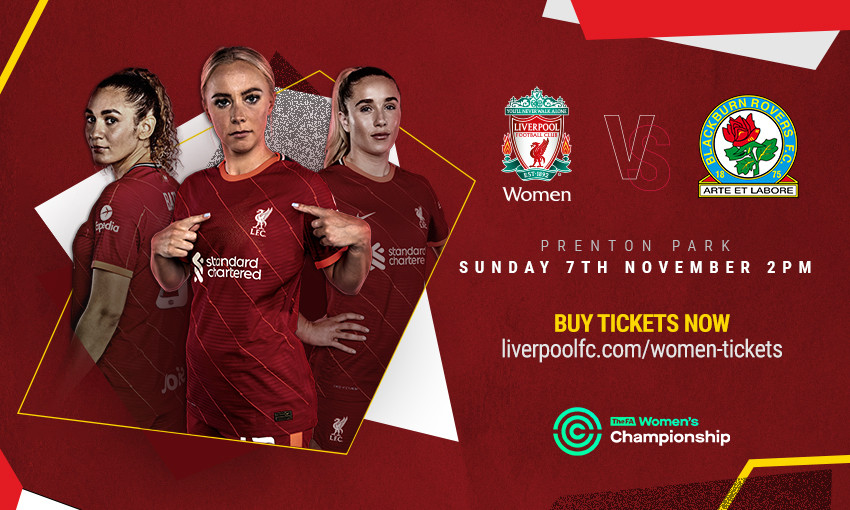 Liverpool FC Women supporters can watch the team take on Blackburn Rovers Ladies twice this month – but will only have to pay once.

Fans who buy a ticket for this Sunday's FA Women’s Championship fixture at Prenton Park will receive a free ticket for the Continental League Cup tie between the teams on Wednesday November 17.

Tickets for Sunday's contest – priced just £4 for children and concessions, and £6.50 for adults – are on sale now here.

Fans buying tickets for this game will be sent a special code entitling them to free tickets for Blackburn’s second visit of the month when they return for a Continental League Cup fixture on Wednesday November 17.

A free coach is also available to take fans to and from Prenton Park on Sunday. It will leave from Anfield at 12pm GMT and anyone needing to park and ride can use the car park at the Sir Kenny Dalglish stand before hopping on the coach, which will also bring fans back after the game.

Supporters can book their free places here up until 12pm on Friday here.

Mighty Red will be attending as usual and the family fan zone will be open from 90 minutes before kick-off, with a face painter for the kids and hot and cold food on sale.