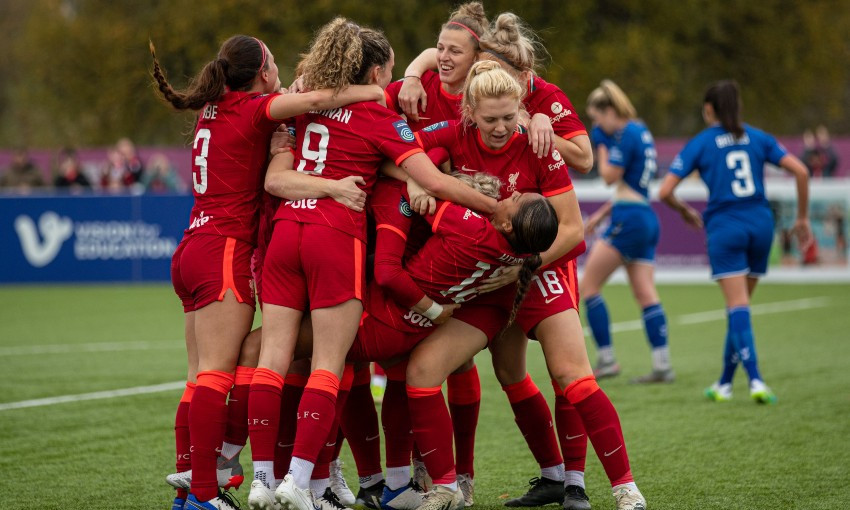 Liverpool FC Women moved top of the table as they beat Durham 2-0 in Sunday’s first-versus-second clash at Maiden Castle.

Two goals in the space of four second-half minutes by Leanne Kiernan and Taylor Hinds settled a hard-fought contest in the visitors’ favour, with the Reds subsequently overtaking the hosts in the FA Women’s Championship standings.

Kiernan’s sixth league goal of the campaign broke the deadlock with a quarter of an hour remaining, the Republic of Ireland international showing her striker’s instincts by following in and converting when Durham goalkeeper Megan Borthwick could only palm Rhiannon Roberts’ cross into her path.

And Hinds made sure of a crucial victory soon after as she nodded in another Roberts delivery from the right as Matt Beard’s side rose to the occasion.

Perhaps unsurprisingly given the stakes involved, the opening acts were cagey, with both teams content to feel their way into the game.

But a flurry of Liverpool pressure very nearly led to them edging in front with 15 minutes played. First, Hinds hit the post with a back-post header, with Borthwick then turning the left-back’s follow-up effort wide.

From the resulting corner, Niamh Fahey darted to the near post and sent a deft flick goalwards but Lauren Briggs had read the danger and retreated to clear the ball off the line. 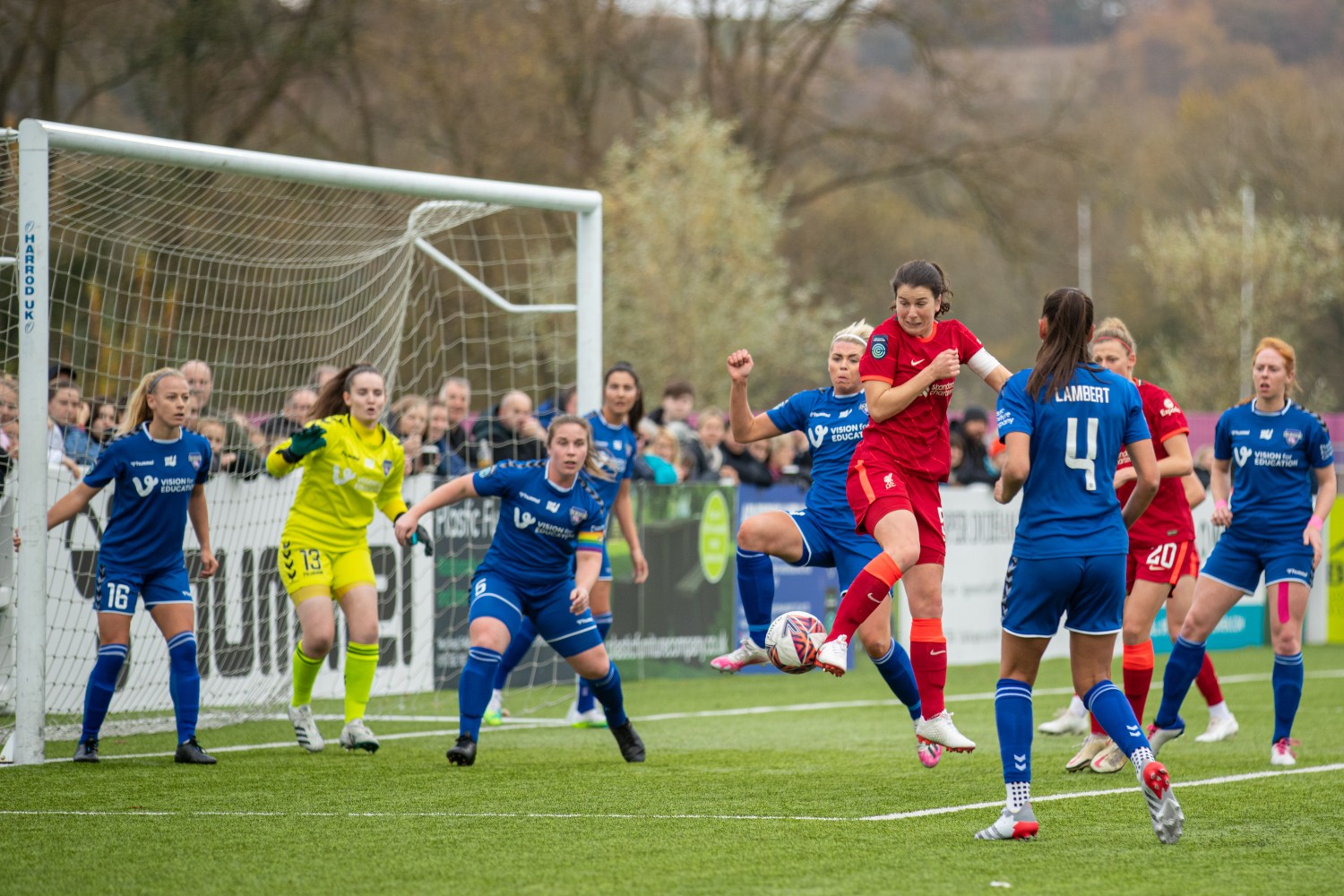 The visitors were in the ascendancy, with proceedings taking place almost exclusively in Durham’s half.

A searching cross from the right by Roberts had Borthwick concerned prior to drifting wide, before the ball somehow stayed out amid a goalmouth scramble following yet another Reds corner.

Durham reached the interval level, though, and there was a significant upturn in the intensity of their work in the early stages of the second half.

Liverpool were, for the first time in the match, on the back foot and Rachael Laws was called into action to make what was a comfortable save from Abby Holmes.

Beard’s team retained their threat on the counter-attack and from set-pieces, however, and one break resulted in a corner from which Fahey was again frustrated by a Durham block.

But they did take the lead soon after, as October Player of the Month Kiernan continued her rich vein of form by notching when Borthwick failed to deal with Roberts’ delivery.

Roberts proved key at both ends, the defender making a brilliant last-ditch tackle on Beth Hepple before then providing another assist for Hinds as Liverpool extended their unbeaten streak to 10 matches with a significant win.