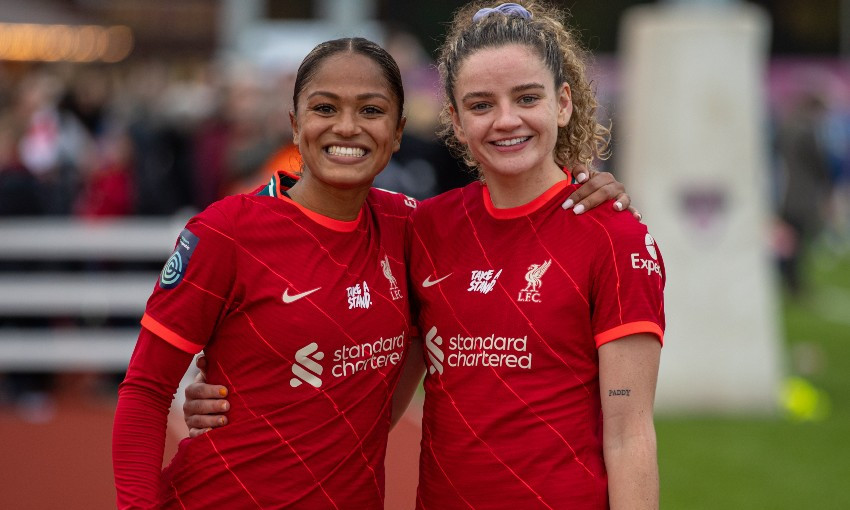 Scoring a crucial goal in a top-of-the-table clash was an ‘amazing’ feeling for Taylor Hinds.

The left wing-back nodded in Liverpool FC Women’s second of the afternoon in their 2-0 victory at Durham on Sunday – a win that took the Reds above their opponents and into pole position in the FA Women’s Championship.

“In such a tough game and a massive game, to score a goal… obviously I was unlucky in the first half as well, hitting the post twice! But the cross came in, it was hanging in the air for ages and I just headed it. I saw it hit the back of the net and I was buzzing.” 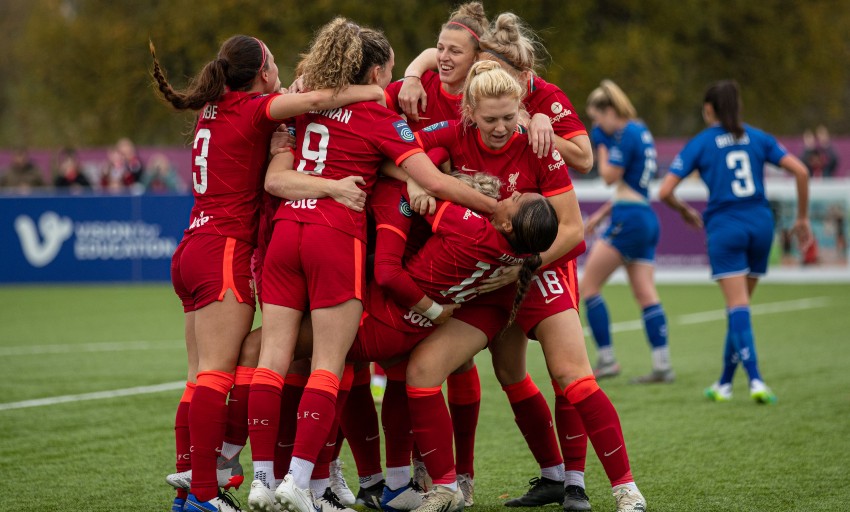 Hinds’ header quickly added to a poacher’s strike by Leanne Kiernan as Matt Beard’s team made it 10 games without defeat in all competitions by emerging from a keenly fought contest with the spoils.

Their lead at the summit of the division stands at one point from London City Lionesses, with Durham now a point further back in third place.

“Obviously this league is so competitive at the minute and obviously Durham were top. That’s us being top now and that’s a great start for us.

“Our aim was before Christmas to be in the top three and now we’ve done that it’s just a great step forward. I’m loving it with the team and those three points I think were thoroughly deserved today.

“When we play Durham it’s always a battle. We know they’re a physical team and they’re hard to break down so it was always going to be a good game, but luckily we found ways to break them down and got the three points and a clean sheet.”

Liverpool were backed vocally throughout at Maiden Castle by those fans who made the journey north and Hinds had words of appreciation for their support.

She said: “Honestly, you can’t do it without the fans and it’s so much better this year with the fans here.

“Obviously last year we weren’t able to have the fans but we appreciate the support so much and for them to make the effort to come and support us, they massively helped today and the crowd were amazing.”