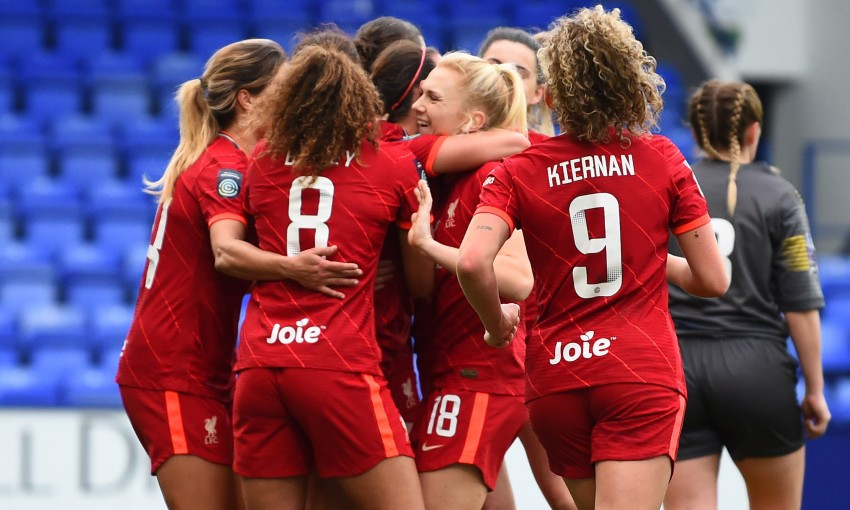 Leighanne Robe scored a hat-trick as Liverpool FC Women moved into round five of the Vitality Women’s FA Cup with a 6-0 rout of Lincoln City Women.

The Reds dominated their fourth-tier opposition from first whistle to last at Prenton Park but had to wait until the 40th minute to take the lead through defender Robe, who had never previously netted for the club.

A second Robe header and a clinical finish from Katie Stengel made it 3-0 by half-time of Sunday’s fourth-round tie, for which Matt Beard made seven changes to his starting line-up.

Meikayla Moore’s attempted cross went in shortly before the hour, with Robe - who also hit the woodwork twice - then completing her treble from the penalty spot.

And Beard’s team arguably saved their best goal for last, as Charlotte Wardlaw latched onto Rachel Furness’ flick and rounded off a lovely move with a driven finish. 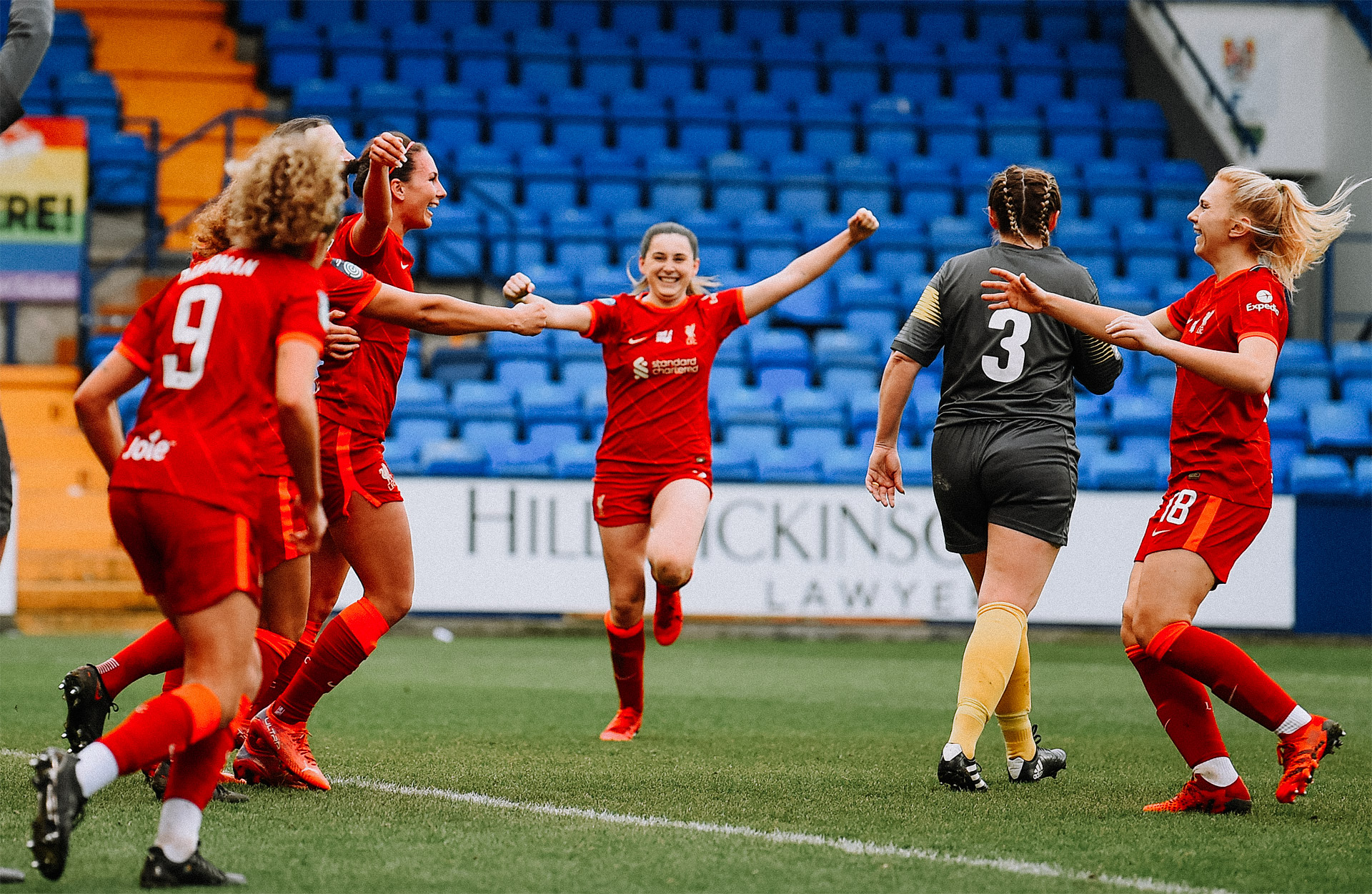 The gulf between the sides was clear from the off; a point illustrated by Liverpool recording more than 80 per cent possession in the opening 20 minutes.

Chances began to be created with ever-increasing regularity, with spurned opportunities by Leanne Kiernan and Ceri Holland sandwiching an incident where Lincoln scrambled the ball off the line following a Carla Humphrey corner.

On the half hour Kiernan clipped the crossbar with a diving header from Robe’s fizzed cross, with home debutant goalkeeper Charlotte Clarke then doing well to tip Lauryn Wilcock’s attempt wide at the end of the visitors’ sole attack of note.

It felt like a matter of time before the Reds ended Lincoln’s stout resistance. Robe struck the bar and Stengel saw an effort blocked on the line before Beard’s team finally made the breakthrough five minutes before the interval.

Humphrey swung in a fine free-kick from deep and Robe rose to plant a firm header home. And, after Kiernan had nodded Stengel’s cross over, Liverpool scored twice in first-half stoppage time.

First, the Humphrey-Robe connection was again in evidence as the latter headed in the former’s corner, and Stengel then showed her class by chesting down Wardlaw’s searching pass and striking a crisp half-volley past Lincoln ‘keeper Lana Timson. 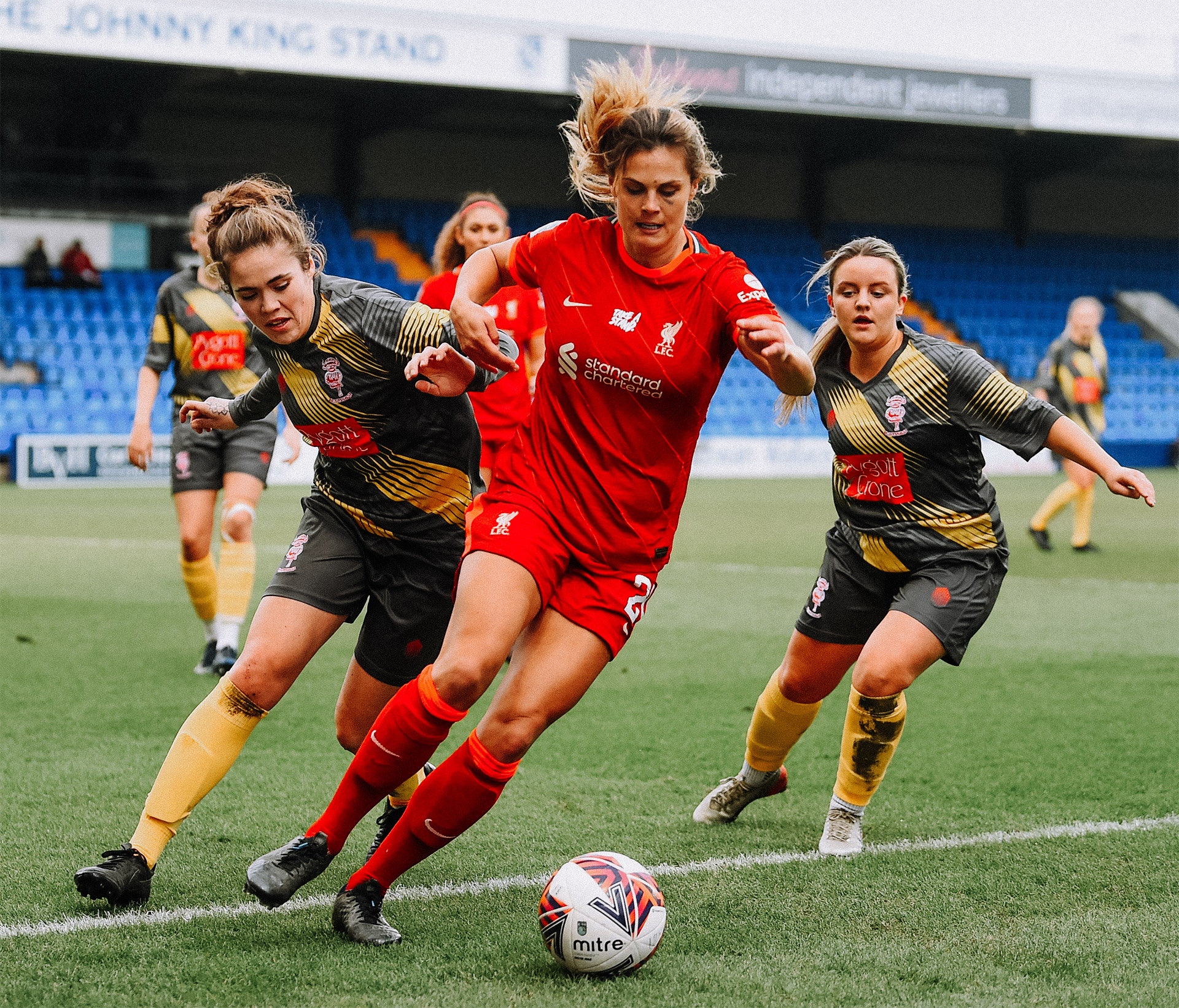 There was to be no let up in the second period as Robe crashed another header off the bar, this time from stand-in captain Taylor Hinds’ corner, before Timson misjudged Moore’s cross and allowed the ball to bounce in.

Hannah Silcock and Moore hit the woodwork in quick succession prior to Humphrey being felled in the area and Robe stepped up to hammer in her hat-trick goal from 12 yards.

Somehow, Kiernan had not scored and the striker was again frustrated when yet another effort was cleared off the line, but Liverpool did not have to wait too long to make it six.

A brilliant move concluded with Furness inventively finding Wardlaw and the right wing-back firing low beyond Timson to complete a comprehensive victory.