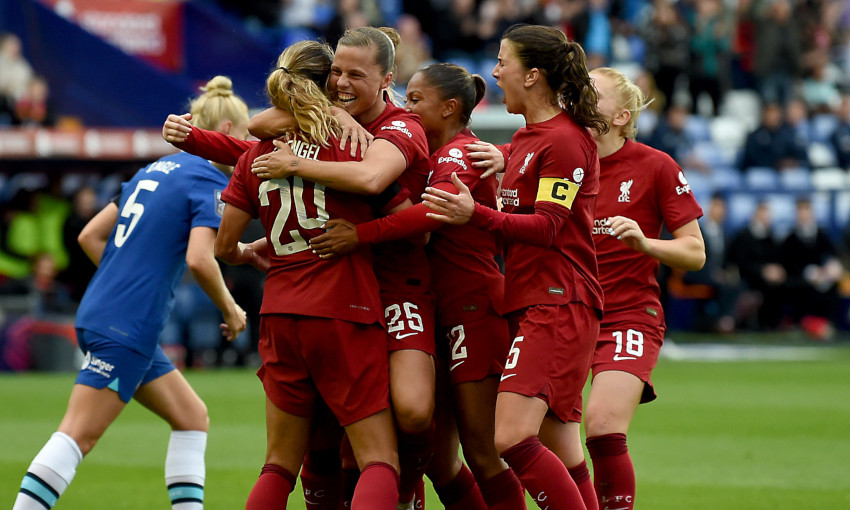 Liverpool FC Women marked their return to the Barclays Women's Super League with a 2-1 comeback win over reigning champions Chelsea on Sunday.

The Reds had to recover from the concession of a first-minute spot-kick, converted by Fran Kirby, to claim a memorable victory in front of a club-record Prenton Park crowd of 3,006.

Katie Stengel was their match-winner, calmly dispatching a penalty of her own on 67 minutes and then another – that she won herself after a superb dribble – late on.

Before kick-off at Prenton Park, a period of silence was observed following the passing of Her Majesty Queen Elizabeth II.

When play began there was the most frustrating start to Liverpool’s top-flight return as the visitors won a penalty in unfortunate circumstances.

After Rachael Laws had beaten away a near-post blast by Guro Reiten, the Chelsea forward was taken down inside the box by Gilly Flaherty’s attempted clearance. Kirby calmly rolled her kick into the right of the net as Laws went the other way.

The Reds responded well, though, and had a promising chance to equalise with eight on the clock.

Ceri Holland made ground at the left corner of the opposition area and her lofted cross was fumbled by Zecira Musovic into the path of Emma Koivisto, who could only reactively send the ball over the bar.

Nearing the half’s midway point, Sam Kerr was aggrieved by a marginal offside call as she moved onto a knock over the top and smartly fired a looping finish over Laws.

Leanne Kiernan was thwarted by the post – also from an offside position – when found by Missy Bo Kearns as Matt Beard’s side rallied against the champions. 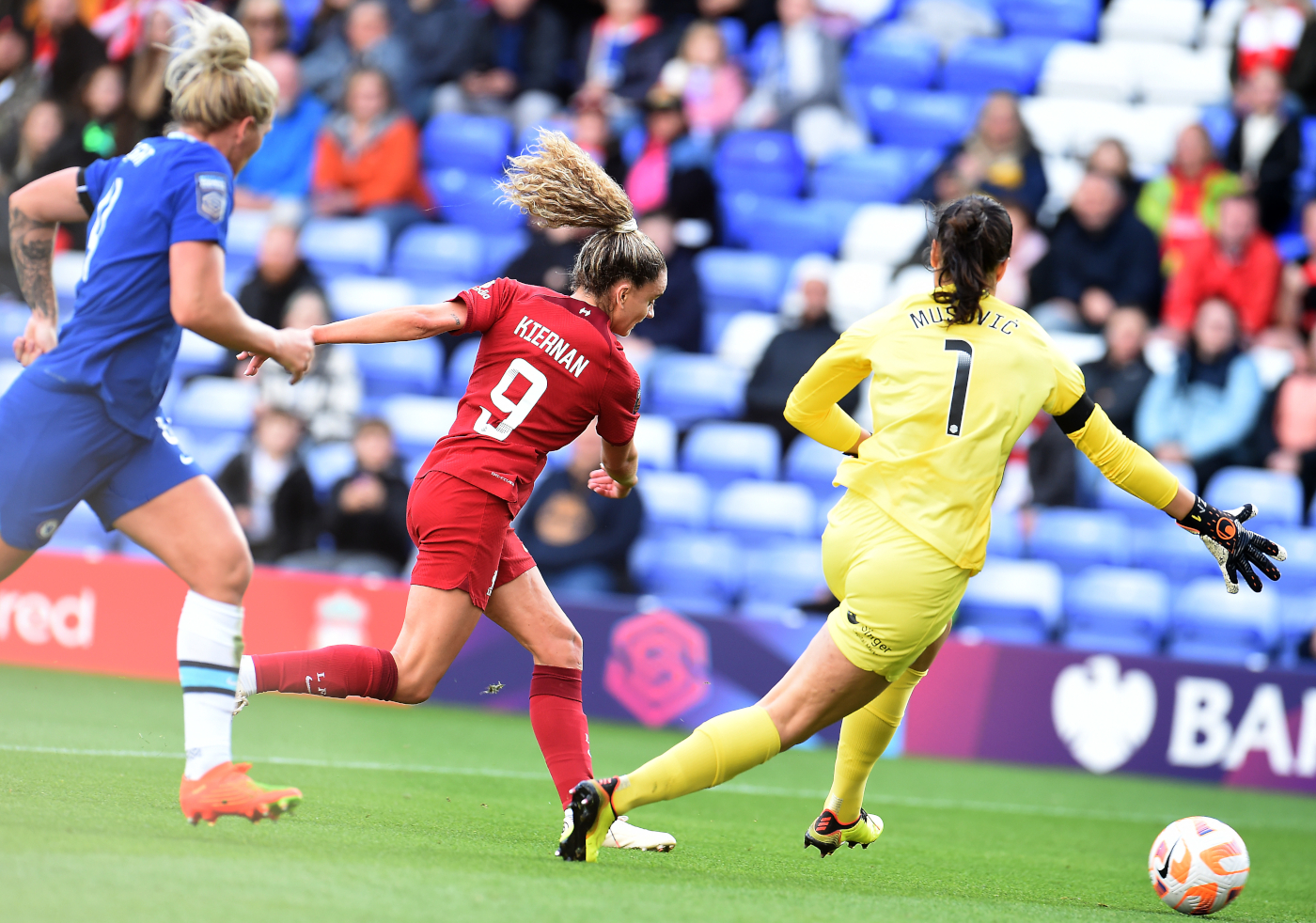 Chelsea were largely in control of possession as the half-time interval loomed, though found little joy as the Reds defended resolutely and retained counter-attacking threats.

That pattern continued when the contest resumed, though Liverpool’s plans suffered a setback with the loss of Kiernan to a painful injury shortly before the hour mark.

Last season’s top scorer had to be helped off the pitch due to the discomfort felt in her foot after a challenge, with Megan Campbell introduced from the bench and Taylor Hinds pushed into a more advanced position down the left.

Campbell had a swift impact, too, as one of her trademark long throws led to the winning of a penalty and Liverpool’s equalising goal.

When the ball was soared into the Chelsea box from the right flank, Flaherty’s touch on towards goal was handled by Millie Bright, allowing Stengel to step up and stroke her kick into the left of the net.

The leveller shifted the momentum of the match significantly, with the Reds sensing a full turnaround was on – and they completed it four minutes from the end.

Stengel showed fantastic strength and touch to carry the ball from the halfway line on a solo dribble and she was only stopped inside the area by a Kadeisha Buchanan tackle that the referee deemed a foul.

Liverpool’s No.24 took responsibility from 12 yards a second time and was successful again, curving her effort to the right to seal the perfect start to the WSL season.

Liverpool continue their Women’s Super League campaign by hosting Everton in the Merseyside derby at Anfield next Sunday.

Tickets start at just £1 for children and are available online here.