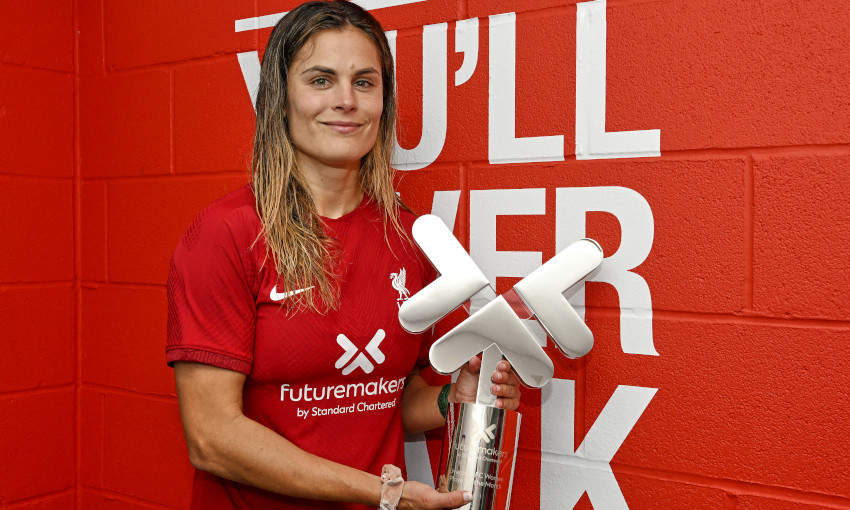 Katie Stengel has been named Liverpool FC Women's Standard Chartered Player of the Month for September and October.

The striker led the line impressively for the Reds, scoring three goals in the Barclays Women’s Super League, including a memorable opening-day double to defeat champions Chelsea, and another in the Continental League Cup.

The 30-year-old American finished ahead of Ceri Holland and Missy Bo Kearns in our Player of the Month poll and was presented with the special Futuremakers by Standard Chartered trophy ahead of Sunday’s trip to Brighton & Hove Albion Women.

“I’m pleased, though of course we’d have liked a few more points in this period,” Stengel told Liverpoolfc.com as she collected the prize.

“But I think it’s still important to put out the performances and I’m proud the way the girls have continued to fight and hopefully we can come away with a big win this weekend.

“The WSL is a much more challenging league and it tests a lot of our character because it’s easy when things are going well and you’re winning, now you have to see who can perform week in, week out.

“We’ve a big test ahead of us for the rest of the season and hopefully we can come away with a performance we’re proud of each weekend and continue to build throughout the year.”