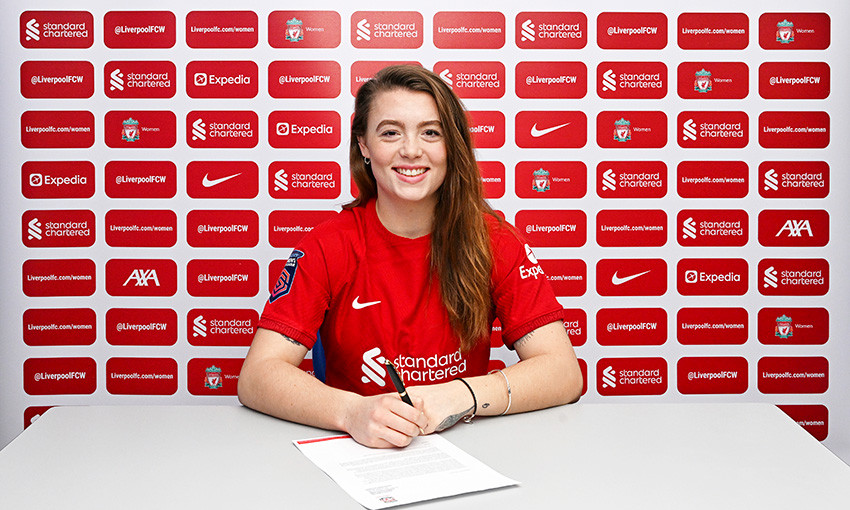 Liverpool FC Women are delighted to confirm the signing of Miri Taylor.

The 22-year-old midfielder joins the Reds from Angel City FC in Los Angeles, after being drafted into the National Women’s Soccer League by the expansion franchise in 2022.

She previously spent three years at Hofstra University in New York, where she was named a first-team All-American by the United Soccer Coaches.

The Kent-born player had emerged from the Chelsea youth set-up, making a first-team debut at just 16, before spending a year at Arsenal.

“She will add real versatility to the squad as a midfield player who can also play in any of the three forward positions.

"Technically she’s a very gifted player and a season in the NWSL last year has given her experience of a physical, transitional league as well."

After a year in Los Angeles, Taylor was keen to return home to England and fulfil her hopes of playing at the highest level in her home country.

She said: “It’s a dream come true really. My mum is a massive Liverpool fan, so just for her it’s amazing to be here and I’m really excited to get started.

“To come home and play in the Women’s Super League is always something I’ve wanted to do.

“I really hope for Liverpool I can be someone very dependable and reliable, a good centre midfielder who will break up play, get involved, be physical and counter quickly, be a bit of a leader in the middle, assist and score.

“When I went to America, I always imagined coming back to the WSL, that was always my dream, to play football in England at the highest level I can.

“When the NWSL rolled around I thought I can’t turn that opportunity down and I just wanted to get game experience and first-team experience.

“I’m just really excited to have had interest from Liverpool in the first place and when it was Liverpool it was just tunnel vision.”

Taylor will wear number 35 for the Reds, the number she has favoured throughout her career.

She is the fourth signing of the January window for LFC Women, following the arrival of Gemma Bonner, Sofie Lundgaard and Fuka Nagano.