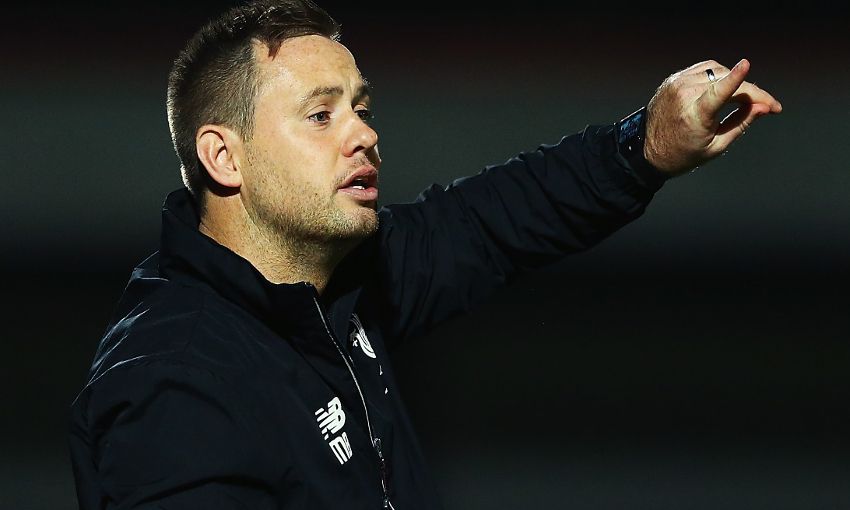 Liverpool U21s manager Michael Beale believes moving a step closer to winning a trophy would continue to highlight the excellent work being done at the Academy.

The young Reds take on West Ham United tonight in the semi-final of the Barclays U21 Premier League Cup at Rush Green, and would face Hull City in the final should they reach it.

After a number of Academy youngsters featured in Jürgen Klopp’s first-team plans recently, Beale insists delivering a piece of silverware can make this season even more successful for those at Kirkby.

Ahead of the tie, he told Liverpoolfc.com: "It's not often when you play for Liverpool Academy sides that you get a chance to play in a semi-final, so it's a completely different pressure and build-up to the game.

"It's a great opportunity to get to a final and showcase our talent again. I think this group has a number of players that we're very proud of and who we think can go to the next level and become first-team players.

"[It's important that] as a group that we show how enjoyable it is to be here at the Academy and what a special environment it is.

"I think going on and winning a trophy can really sort of underline this group's potential moving forward."

Beale expects the Hammers to provide a difficult test but knows the talent within his ranks gives Liverpool a great chance of progressing to the final.

"I think it will be a tough game going down to West Ham," he added. "They're a club that have got a fantastic tradition of bringing young players through and they're the sort of test we want.

"I think they will be very energetic and the first 25 minutes of a game is very important.

"It's important to establish control in the game and play the game in the right areas and then your best players, as the game opens up, will get more opportunities.

"I think with the likes of Sheyi Ojo, Ryan Kent, Joao [Carlos] Teixeira and Jerome Sinclair, we have the players in the final third that can hurt any team."

Kick-off is at 7pm GMT and you can watch full coverage of the match by tuning in to LFCTV or watching on LFCTV GO.