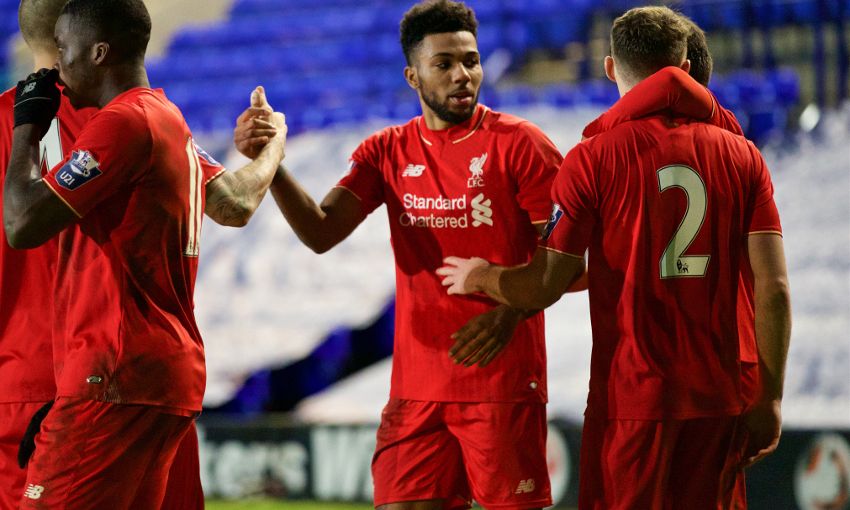 Liverpool U21s have announced a special visit to the USA in May, where they will play two friendly fixtures in California and Nevada against 2014 United Soccer League Champions Sacramento Republic FC.

The opening game is at Republic FC’s home pitch at Bonney Field on Saturday May 21 at 7.30pm and will be followed by a second match at Greater Nevada Field, Reno on Wednesday May 25 at 7pm (all local times).

Commenting on the forthcoming trip, academy director Alex Inglethorpe said: "This is a fantastic opportunity for our U21s to gain valuable experience competing against quality opposition in the USA.

"The tour will also provide players and staff with a wonderful opportunity to meet the many Liverpool supporters in the USA ahead of the first team’s visit this summer."

Paul Buckle, Sacramento Republic FC technical director and head coach, said: "These matches provide a massive opportunity for our fans to see the players currently coming through the ranks at Liverpool Football Club.

"There will be some serious talent on show in this next generation of players and they will prove a big test for us. This will also be another step in the right direction for our club."

The second leg of the friendly fixtures will be played at Greater Nevada Field - the future home of Reno 1868 FC. The expansion USL club will play league games there from 2017, but ahead of that is hosting two matches this summer featuring Republic FC as they prepare for their inaugural season.

Eric Edelstein, president of Reno 1868 FC, said: "We are overjoyed to host U21 players from one of the world’s most decorated football clubs for our first-ever professional soccer match at Greater Nevada Field in downtown Reno.

"By bringing an English Premier League club to Nevada for the first time, we will show the world that Reno is ready for professional soccer."

Liverpool U21s’ trip to California and Nevada is just one element of a programme of activity the Reds are delivering in 2016 to bring American fans closer to the club.

The first team will visit the USA in July to take part in the International Champions Cup (ICC), where they will play showpiece matches against AC Milan and Chelsea.

For more information on the ICC, please visit www.internationalchampionscup.com.

Sacramento Republic v Liverpool U21s on Saturday May 21. Kick-off is at 7.30pm, with the game to be played at Bonney Field in Sacramento, California.

Tickets priced at $27 and will go on sale to the general public on April 30 at 10am PT at Ticketmaster.com (Promo code REDS for LFC fans wishing to sit at the Liverpool FC end). The match on May 21 is included in the Republic FC season ticket holder package.

Sacramento Republic FC v Liverpool U21s on Wednesday May 25. Kick-off is at 7pm, with the game to be played at Greater Nevada Field in Reno, Nevada.

Tickets priced from $20 and will go on sale to the general public on April 30 at 10am PT at Ticketreturn.com (Promo code supportlfc for LFC fans wishing to sit at the Liverpool FC end).