In our latest column from Kirkby we catch up with Academy director Alex Inglethorpe who talks about the return of coach Dave Shannon and tells us why the presence of Kenny Dalglish inspires the youngsters.

We are very lucky at the Academy that we have a lot of good players here with huge potential to work with every day. It has been really pleasing to see the younger age groups come back because their programme starts again in September. They always bring so much life and energy to the building and it has been a very good start to the season from everybody. We also have a lot of talented boys who have been very fortunate to work with the first team every day and you can see the benefits from that. People like Trent Alexander-Arnold, Ovie Ejaria, Kevin Stewart, Pedro Chirivella and Connor Randall are at Melwood every single day and you can see the benefits of being around not only the coaching staff but also the players. If you are up against Sadio Mane every day, Adam Lallana and Philippe Coutinho then I’m sure you can only improve. With someone like Kevin Stwart I’ve always maintained that Kevin is his best coach because he is incredibly dedicated and his worth ethic is frightening. I’m proud of him for maintaining that and I’m very grateful he decided to come to Liverpool. 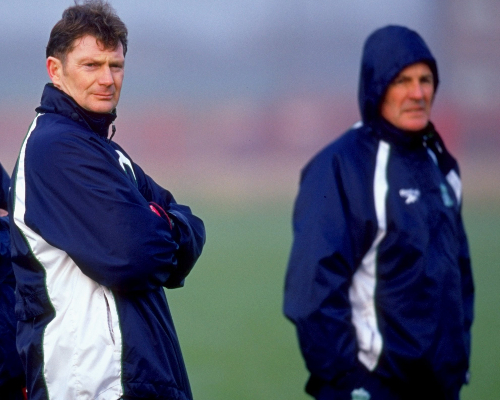 I must say it is an absolute privilege for the Academy to have Dave Shannon back with us. I wanted to get a more experienced coach in and we are lucky to have Steve Heighway here who is a fantastic presence for everybody. Steve felt that Dave would add something to the academy and he wasn’t wrong. Dave has come in and has done exceptionally well. His previous history at Liverpool is there for all to see with the players he worked with and helped bring through like Steven Gerrard and Jamie Carragher. I think it is a real privilege to have Dave back working with us not just for the players but for the staff as well. Dave is working with Tom Culshaw with our U13 group. Other coaches will watch how Dave works and speak to him regularly and I have no doubt that his influence will grow beyond just working with the U13 staff.

We have a fairly large squad this season at U23 level at the moment for a variety of different reasons and it’s great that there are plenty of good quality games available. I thought the lads played ever so well on Wednesday night against Wolfsburg in the Premier League International Cup and I thought the standard was really high. It’s always good to play against a different kind of opposition to the ones they face in the Premier League 2 every week, so the U23 group needs the opportunity to play as many games as they possibly can. I have a belief that as a young player you are only as good if the manager at the top has a belief in young players and their development and has a genuine interest. We are very fortunate because our manager Jürgen Klopp clearly has that. He is passionate about youth football and is passionate about the development of our young players and the boys he feels have got the potential to play for the first team. If I was a young player myself now I would say there is no better place than Liverpool to play your football. You have to be committed and work hard and you have got to be humble as well which is so important. You need humility but if you can display all of those qualities plus of course Premier League talent, then you will be given an opportunity to show what you can do. 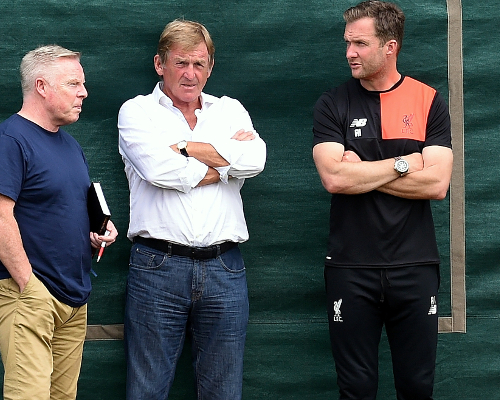 I was very fortunate to sit alongside Kenny Dalglish for the game against Wolfsburg at Prenton Park. He is a fantastic man and there is no greater inspiration for the young players. Kenny comes in regularly to the Academy, he goes to the games and he knows all of the boys names. He cares deeply about the club and the boys coming through. When you sit next to him at the match he heads every ball and he kicks every ball. It’s not just a case of turning up for a game and asking who a certain player he because he knows everyone. That’s not just a theme with Kenny. Liverpool FC is a very unique club because we have a lot of former players, legends, who still consider this to be very much their club. There is a real ambition on their behalf to see that the club is in good hands on and off the pitch. People like Steve McManaman, Rob Jones and Robbie Fowler do coaching sessions with the lads, Jamie Carragher is a regular visitor to the training ground and we have Steve Heighway, Kenny Dalglish and Dave Shannon. For me that is unique. I have not encountered that before and I can say with all sincerity we have a very unique situation. It’s a very special football club.