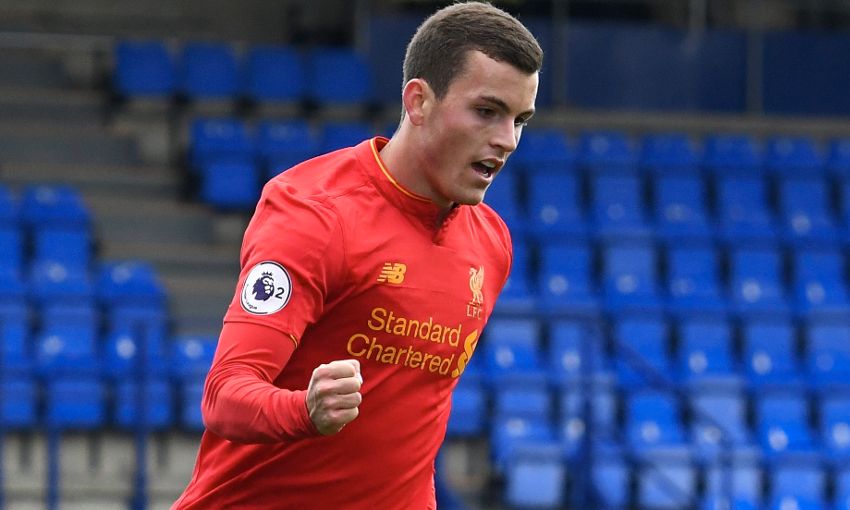 Liverpool U23s have enjoyed an excellent season so far, and one young striker in particular has caught the eye with a regular habit of finding the net.

Brooks Lennon made the journey to Liverpool from his native USA in the summer of 2015, and has impressed all at the Academy with the way he has adapted to the English game and his infectious style of play.

Lennon, who turned 19 in September, has already hit six goals for the U23s so far this term and has scored in four successive home games at Prenton Park, including a fantastic header in the mini-derby win over Everton.

The former Real Salt Lake City forward was among the goals again last Saturday when he combined brilliantly with Harry Wilson to open the scoring in the 3-0 win over Huddersfield Town in the Premier League Cup.

“Every time I come out I just try to do my best and [against Huddersfield] we did really well again and we showed our quality. Every time I get a chance to play I try my best.

“It’s an honour for me to play for Liverpool and every time you put the shirt on you just want to fight and give your best for the team.”

Asked whether he has set himself any personal targets for the season, Lennon insisted he prefers to take each game as it comes.

He said: “I will just and try and score as many as possible and see where that takes us.”

Michael Beale’s side are currently in third place in Premier League 2 and the goals have been flowing throughout the side, with 21 scored in their opening nine league games.

“The confidence is very high in the team right now and I think that comes from practice,” Lennon added.

“We’ve been practising really hard and I think we need to keep moving forward and keep getting results.

“It’s always nice to get game time and we just need to keep pushing forward and getting the minutes that we need and keep winning games.”

Beale's side are next in Premier League 2 action after the international break when they host Reading at Prenton Park on Sunday November 20, at 1pm GMT.

Admission on the gate is just £4 for adults and £1 for children and concessions.

Members and season ticket holders can gain admission free of charge by bringing their cards to the ground.