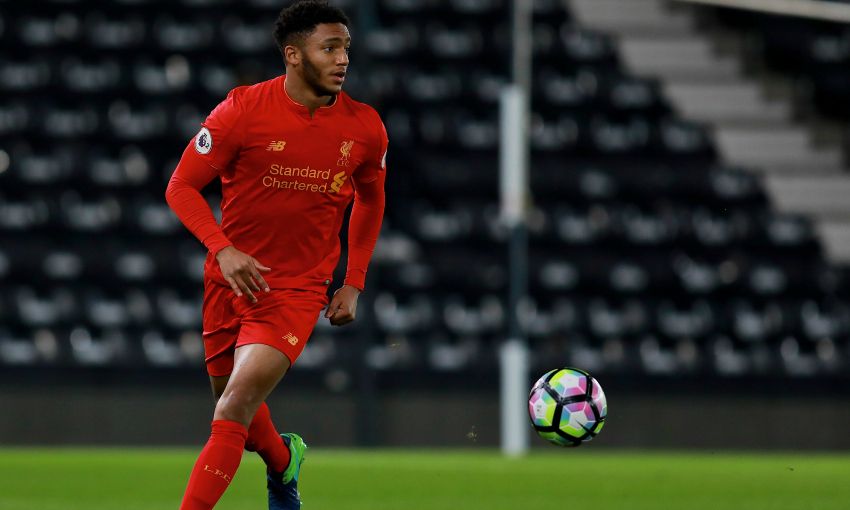 McAuley nets a double as U18s draw at Blackburn

Joe Gomez played the full 90 minutes as Liverpool U23s were held to a 0-0 draw at Derby County in Premier League 2 tonight.

Defender Gomez made his return to competitive action in the young Reds’ 4-0 victory over Burnley last Wednesday, some 13 months after sustaining an anterior cruciate ligament injury.

And the 19-year-old continued on his road to recovery with a classy, assured display on the right of a back three alongside Tiago Ilori and Mamadou Sakho at the iPro Stadium.

Michael Beale’s side - who were without Trent Alexander-Arnold, Kevin Stewart, Ovie Ejaria and Ben Woodburn ahead of the first team’s EFL Cup tie with Leeds United tomorrow night - controlled the majority of the game, but found Derby goalkeeper Jonathan Mitchell in excellent form.

Mitchell denied Matty Virtue, Harry Wilson and Corey Whelan in the first half, before then making the save of the evening to tip Brooks Lennon’s glancing header over the bar early in the second period.

The draw means Liverpool missed the opportunity to move above Manchester City into second in the table. 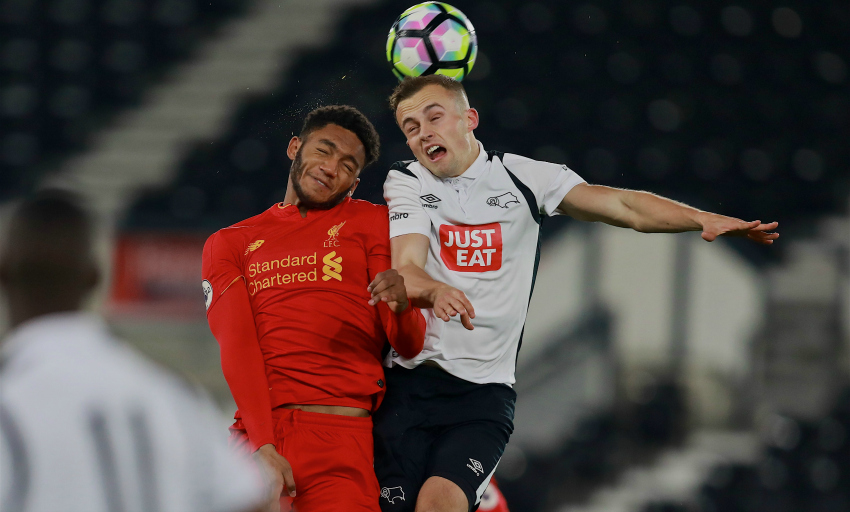 The young Reds enjoyed the lion’s share of the ball in the early stages, and Virtue had their first attempt on goal in the 16th minute, when he saw his header from Lennon’s cross saved comfortably by Mitchell.

A rare foray forward from Derby ended with Abdoul Camara curling a long-range effort into the side-netting, before Whelan’s low shot was palmed away by Mitchell at the other end.

Mitchell was again called into action to prevent Wilson from breaking the deadlock shortly before half-time after the Liverpool captain had played a sharp one-two with Virtue in the Derby penalty area.

Gomez then surged forward and shot powerfully from 25 yards, but Beale’s team were unable to convert their domination of possession into a half-time lead.

Liverpool picked up where they left off after the interval, with Gomez striding confidently out of defence at every opportunity, and Lennon’s glancing header from Pedro Chirivella’s corner was turned over by Mitchell.

Visiting ’keeper Kamil Grabara was on hand to save from Timi Max Elsnik in the 71st minute and Craig Bryson shot narrowly over as the hosts enjoyed their best spell of the game late on, but both sides were forced to settle for a point.