In our latest Academy column we speak to U18s manager Neil Critchley about a rewarding week for the youngsters and Saturday’s meeting with Middlesbrough in front of the live LFCTV cameras.

We are back in action on home soil when we entertain Middlesbrough on Saturday and, as ever, the lads can’t wait to get out there on the pitch. My team talk has certainly been made easier after seeing Trent Alexander-Arnold, Ovie Ejaria and Ben Woodburn, regular members of the U18 team last season, make an impact for the first team against Leeds United in the EFL Cup quarter-final at Anfield. No team talk is needed as the message to the lads is ‘that could easily be one of you one day’. 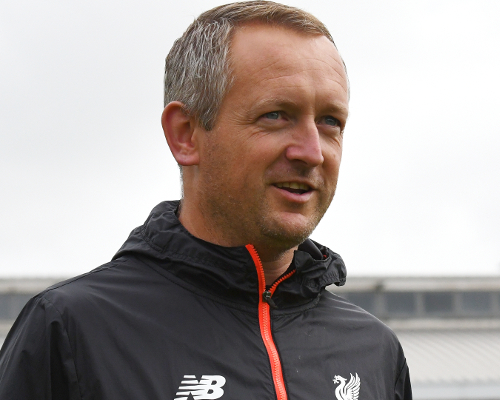 We were at Anfield in midweek and as a coach you go through different emotions watching from the stand. You are excited, you are nervous and you just want to see the boys do well. I thought the three lads equipped themselves really well. Ben had that lovely moment for himself but in their own way Trent and Ovie were equally as impressive. To see that look on his face when he scored was certainly a moment that will live with me and I’m certain it will stay with Ben and his family forever too. Trent took the bull by the horns so to speak and he was flying forward up and down that right flank. We saw last season just how good a crosser of the ball he is and what a cross that was for Divock Origi’s opening goal. Ovie shows great courage, belief and confidence to get on the ball. He always wants the ball and he can be really pleased with how he did. It was a great night for the Academy, a great night for the staff but it’s only a start for the boys and they know how much hard work lies ahead. As staff, our ultimate aim is we want boys to make 50 to 100 appearances for Liverpool and to be playing in successful teams, so there is a long way to go, and I repeat it is only a start for them. The great thing is they are all level headed lads and they know how much hard work lies ahead if they want to keep getting these experiences on a regular basis. 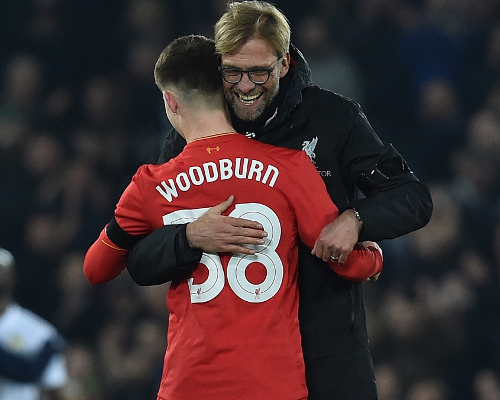 I thought it was a lovely moment when Ben scored when you saw the whole team celebrate and the reaction from the bench. Everyone was genuinely delighted for him and that speaks volumes about the environment and spirit our manager Jürgen Klopp has brought to the club. Our manager gives young players a chance and it’s fantastic for everyone involved at the Academy. 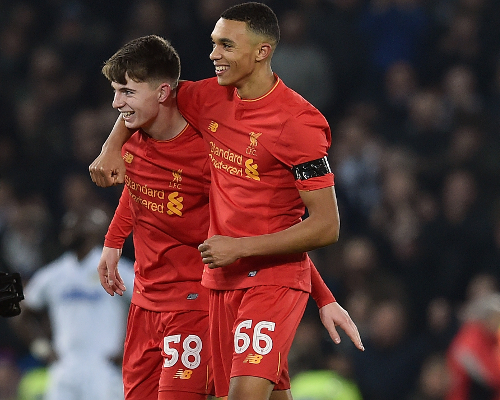 It seems rather apt we are playing Middlesbrough U18s on Saturday because at the start of last season, in August 2015, Ben made his debut for us in the 4-3 win over Middlesbrough when he was just 15 years old, coming on as a substitute as Trent and Ovie played the full game. Middlesbrough are a very good side but as ever my only concentration is what we do as a team. We go into this game off the back of three draws, scoring seven goals in the process but also conceding seven. We feel as though we should have won every one of those games and the feeling is we have dropped points rather than gained them. We need to produce a consistent performance for 90 minutes. We have been doing very well in patches in our recent games but we are looking for that little bit more consistency from the players. We are a very attack-minded team who are capable of scoring a lot of goals but we do know at times we could possibly be vulnerable to counter-attacks. We have to attack and defend better as a team and hopefully we can see that improvement on Saturday.

There is also competition for places at stake because in the not too distant future we start our FA Youth Cup campaign when we host Crystal Palace at Prenton Park on Saturday, December 17. We have a good squad and we also have Herbie Kane and Liam Millar due to return from injury any time soon which will be a bonus for us. Trent and Ben could also play in the FA Youth Cup team so we have some serious competition. I’m not looking forward to that team selection I’ll be honest as leaving some players out will be difficult, but it’s a nice problem to have.

You can watch the U18s take on Middlesbrough LIVE on LFCTV & LFCTV GO with our coverage starting at 12 noon GMT. For more information and to subscribe click here.