In our latest Academy column, we speak to U18s boss Neil Critchley ahead of Saturday’s FA Youth Cup third-round tie with Crystal Palace.

We start our FA Youth Cup campaign on Saturday when we host Crystal Palace at Prenton Park and it’s fair to say there is excitement in the air amongst the lads. We enjoy this competition and it is a great learning curve for the boys because it takes them out of their comfort zone and into knockout football, which is important for their development. We know it will be a tough game but the FA Youth Cup always brings round that little bit of excitement and extra pressure which we like. We have had some good experiences in this competition in the last couple of years and hopefully we can continue that when we kick-off at 3pm. 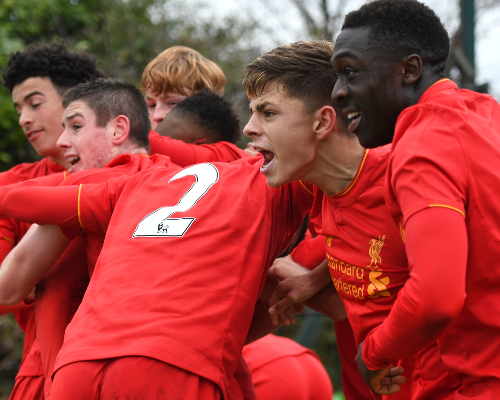 We are going into the game in good form but we still think we can perform better. We beat Stoke City 5-1 away from home last weekend but we can do much more than we did in that game. We know Crystal Palace will be a real tough test but our policy is always not to worry too much about the opposition and just concentrate on ourselves and what we do. We reached the quarter-finals of the competition last season and were unlucky to lose 2-1 to Arsenal at the Emirates Stadium. Sometimes in a cup competition you need that little bit of luck because you can’t always show your free-flowing football all of the time. You have to show other sides of your capabilities and I’m sure we will have to do that against Palace. 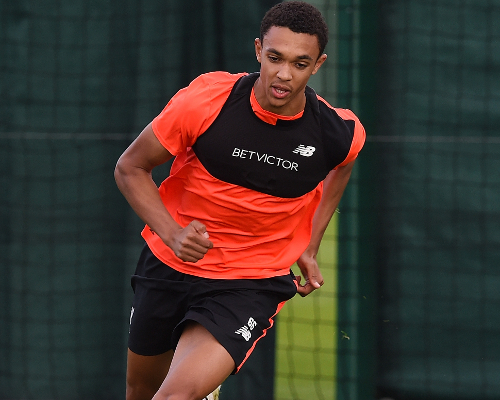 A fantastic season for the Academy continued on Wednesday night when we saw Trent Alexander-Arnold make his Premier League debut when he came on as a substitute in the 3-0 win at Middlesbrough. It was another fantastic moment for Trent and he’s had a few so far this season, but as we have said before this is only the start for him. Obviously, the FA Youth Cup is an U18 competition so our squad could potentially include Trent and Ben Woodburn. They have both been on the first-team bench recently along with Ovie Ejaria, which has been an absolutely fantastic boost for everyone at the Academy. If Trent and Ben are not with us and instead are with the first-team squad preparing for the Merseyside derby on Saturday, then we are already winning before we kick-off on Saturday, regardless of the team we have on the pitch against Palace.

It was an absolute privilege and an honour to take the squad on our annual Christmas visit to Alder Hey Hospital on Thursday afternoon. The main reason for the trip is to try and bring a little bit of happiness and put a smile on the children's faces for Christmas. There are some incredible staff at Alder Hey and it is an unbelievable place. As we know at the Academy the building is important but it is the people that are in them that’s what counts. It’s nice to come here because it’s not about us, it’s about the children and it’s about giving something back. It was lovely to speak to the children and their parents and hand out a few presents and if that makes them forget about their worries and puts a smile on their faces then that is our main reason for being here. 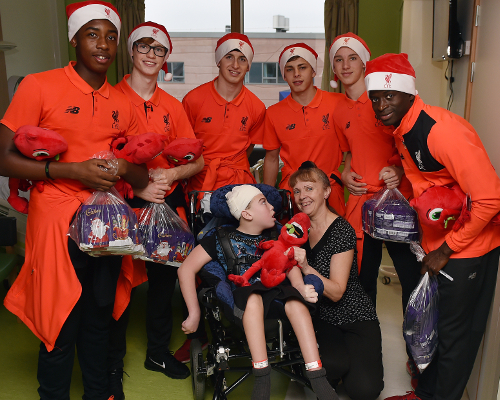 On the injury front, our Canadian striker Liam Millar returned to training this week. He scored a hat-trick on his U18s debut for us at the start of the season against Blackburn Rovers, but has missed the last 12 weeks through injury. He has only just started training again so it would be a big ask for him to be involved on Saturday but it’s nice to have him back. We have fantastic competition for places up front, especially when you look at the performances from the likes of Glen McAuley and Rhian Brewster in Liam’s absence. Sadly, we will be without Herbie Kane for a little while longer. Herbie is a great character and an important player for us and hopefully we can get him back on the pitch early in the new year.

If you would like to show your support for the young Reds at Prenton Park today, kick-off is at 3pm GMT.