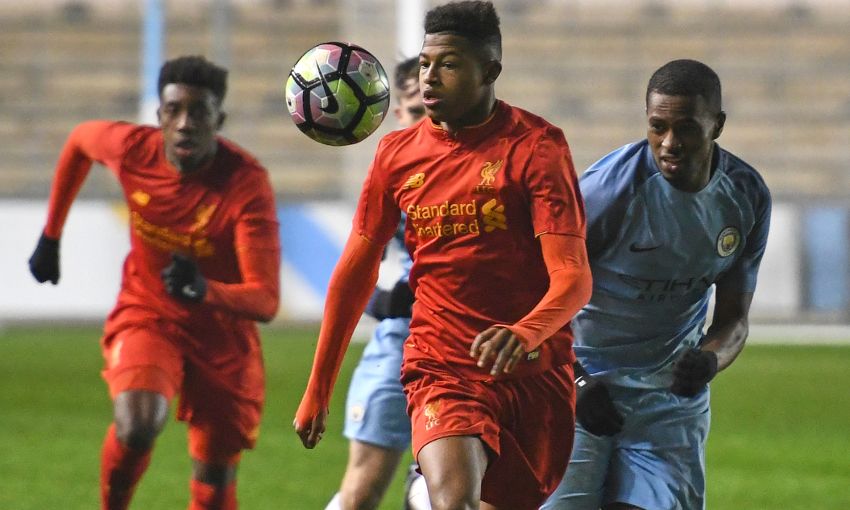 'Why keeping a cool head will be key for us tonight'

There was heartache for Liverpool's youngsters after they lost 3-1 away to Manchester City in the FA Youth Cup fourth round on Wednesday night.

Rhian Brewster notched a brilliant equalising goal for the Reds, but two strikes in the second 45 minutes were enough for City to book a fifth-round date with Southampton.

The home side took the lead on the half-hour mark when an excellent run by Jadon Sancho down the left led to Tom Dele-Bashiru firing the opener.

Brewster then produced an outstanding finish to restore parity - and it was game well and truly on.

But the timing of City's second goal, when Sado Diallo forced the ball home from a corner, proved pivotal and their victory was wrapped up through a glancing header from Lukas Nmecha to put the game beyond Liverpool.

Reflecting on the defeat, Neil Critchley told Liverpoolfc.com: "Overall, I am proud of the lads, who gave it everything.

"We couldn't have done much more physically; our work, organisation and attitude was first-class.

"Rhian scored an excellent goal to get us back in it and at 1-1 going into half-time, we were very much in the contest.

"The biggest disappointment for me was conceding a soft goal from a corner which saw City go 2-1 up.

"We know they are a very good side and to gift them a goal at such a crucial moment was so frustrating.

"We were then chasing the game and, unfortunately, you are always vulnerable to the other team scoring a third goal, which is what happened."