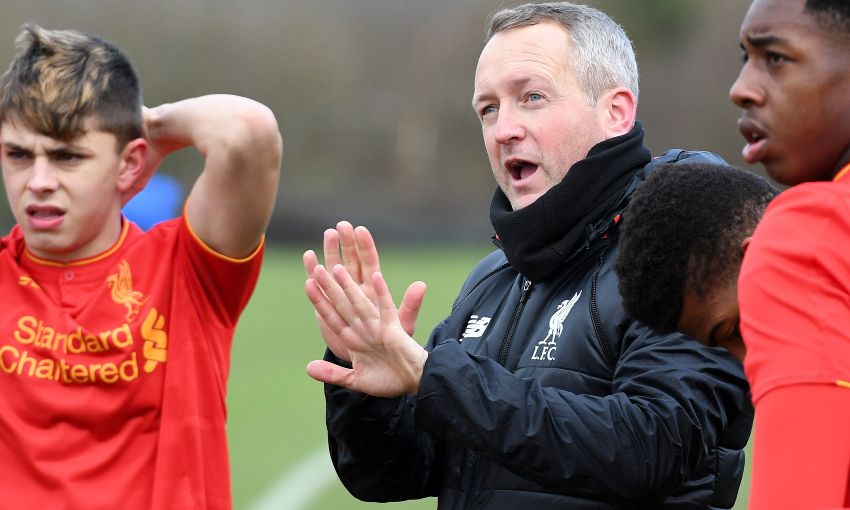 'United under the floodlights at Anfield will be special'

Keeping a cool head and full concentration at all times is imperative if Liverpool's youngsters are to progress against Manchester City in the FA Youth Cup fourth round, according to U18s boss Neil Critchley.

A tense penalty shootout win over Crystal Palace in the third round ensured qualification for the young Reds, and they face a stern test of their credentials against Lee Carsley’s outfit at the City Academy Stadium tonight (kick-off 7pm GMT).

The victory over the Eagles saw Critchley’s side play the majority of the extra-time period with 10 men after Liam Coyle was sent off for two bookable offences.

The Scouser served his one-game ban during Saturday’s mini-derby win over Everton, meaning he is available again this evening.

While looking forward to the challenge of more knockout football for his team, Critchley’s pre-match instructions to his players will focus on the need for them to stay focused and keep their discipline.

“The FA Youth Cup is a great competition with a great history and tradition,” he told Liverpoolfc.com.

“We’ve won it a few times and you never quite know what you are going to get in the Youth Cup as the games can throw up all kinds of different scenarios.

“This is a game we are really looking forward to. It will be a tough game but I think City will be thinking it is a tough game for them as well.

“We probably didn’t want to meet each other in the fourth round but if you have hopes of winning this competition then you have got to beat the best, so hopefully we can do that on Wednesday night.

“When you play 11 against 11 it is difficult but when it’s 11 v 10 it’s even more difficult. It’s not impossible but we need cool heads and, bringing an old cliché out, we have to play the game and not the occasion.

“We will have our plan in place and then it’s up to the boys to go out and implement that as best as they can, but the run we are on, there is no reason to suggest why we can’t go out and give a good impression of ourselves.”

Saturday’s win over Everton took Critchley’s side’s unbeaten run to 12 games. Back in August, the U18s suffered a heavy defeat when they conceded seven without reply to City, and the manager insists important lessons have been learned from that day.

He believes a good start against Carsley’s team will be essential.

Critchley added: “We didn’t get that in the league game against them earlier this season. We know they are a top team with top players, but so have we.

“Getting off to a good start is important but even if we were to concede inside the opening five minutes, that doesn’t mean we won’t win the game either.

“You have got to keep everything in perspective all of the time, keep a level head and be balanced.

“We have a gameplan and we have to concentrate on what we are going to do.

“We are a very attacking team. I never go into a game thinking we are not going to score a goal against anybody and I expect us to cause City some problems.”

Reflecting on the third-round victory over Palace, Critchley admits he went through almost every emotion possible as an epic tie was eventually decided on penalties.

“It takes you 24 to 48 hours to stop and reflect on what actually happened in the game,” he said.

“Sometimes, after the match in the dressing room it’s best to say nothing because you might say something wrong.

“It’s also a great learning curve for the coaches to deal with certain situations. We were 1-0 down at half-time against Palace so I changed the shape and we got back into it.

“We went 2-1 up in extra-time, had a men sent off and then it’s penalties. For us, it’s a whirlwind as coaches, never mind what it’s like for the lads on the pitch.

“Sometimes we expect them to play and behave like experienced professionals when the boys are still finding their way in the game.

“Crystal Palace are a very good side. Sometimes the categorisation of academies isn’t a true reflection on maybe the ability of the team. In my opinion, Palace are a Category One club and one of the best teams we have played this season.”

One player who could be a key figure against City is goalkeeper Kamil Grabara. The young Pole, who turned 18 on January 8, was the hero in the third round when he saved a couple of penalties in the shootout. 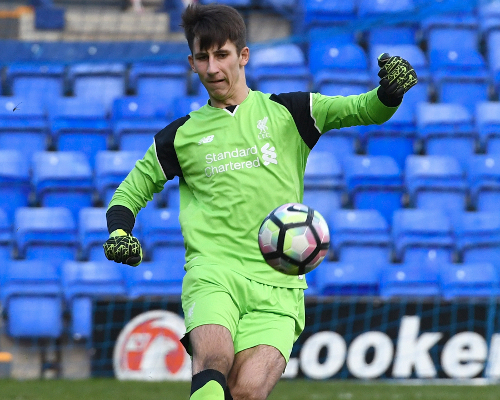 Grabara has certainly caught the eye in his debut season at Liverpool and is progressing nicely under the tutelage of Academy goalkeeper coaches Mark Morris and Neil Edwards.

“I’ve got to say, Kamil has been outstanding,” said Critchley.

“He has not played too many times at U18 level for us this season but he has looked a proper goalkeeper. He has adapted to a new country, a new style of play and adapted very quickly.

“He’s got that lovely balance between having a belief in himself but he’s eager to work hard. He’s very good on the training ground and he is very concentrated at getting better.

“He has been outstanding, not just for us but the U23s as well.”

Look out for extended highlights of the FA Youth Cup tie with Manchester City on Thursday on LFCTV GO.