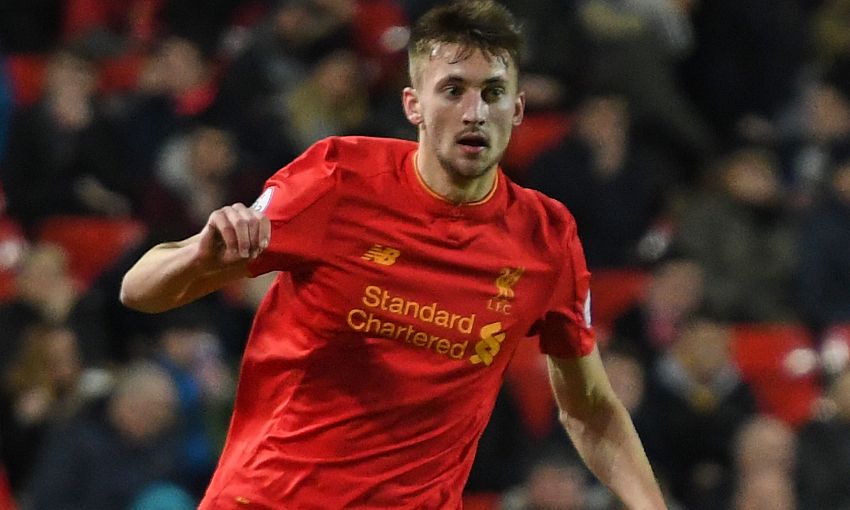 Nathan Phillips has had to bide his time this season as the summer recruit from Bolton Wanderers has watched from afar eager to prove his worth at the Academy.

With Mamadou Sakho and Tiago Ilori being the regular pairing at the heart of Liverpool U23s' defence for most of the campaign, commanding centre-half Phillips has had to wait for an opportunity.

After a composed and assured Premier League 2 debut during last Monday’s Anfield meeting with Manchester United, the 19-year-old has put himself in contention for regular selection in Mike Garrity’s side.

The son of former Bolton favourite Jimmy Phillips, Nathan is hoping to get the nod again for today’s Premier League Cup encounter with Ipswich Town - a match you can watch exclusively live on LFCTV and LFCTV GO, with our coverage starting at 12.30pm GMT.

Despite the young Reds losing in stoppage time to United, Phillips revealed the experience will live with him for some time.

“You couldn’t have picked a better game for me to make my Premier League 2 debut at Anfield against United, what more could you ask for?” Phillips told Liverpoolfc.com.

“I really enjoyed it and just gave it my all.

“Unfortunately we didn’t get the result we wanted. I don’t think there is a worse way to lose a game especially in stoppage time from a set piece. It was devastating really.

“I thought we worked so hard and deserved at least a point so it was really disappointing.”

As the U23s prepare to take on Ipswich, the defender knows this could be the big opportunity he has been craving for and make an impression in Kirkby.

Phillips added: “That’s the plan for me now for the rest of the season - to break into this team and keep my place.

“I got my opportunity against United which I was very grateful for and hopefully I did enough to maintain my place on Sunday.

“With players coming in and out of the club it’s a good opportunity for me to jump in there and take my chance.”