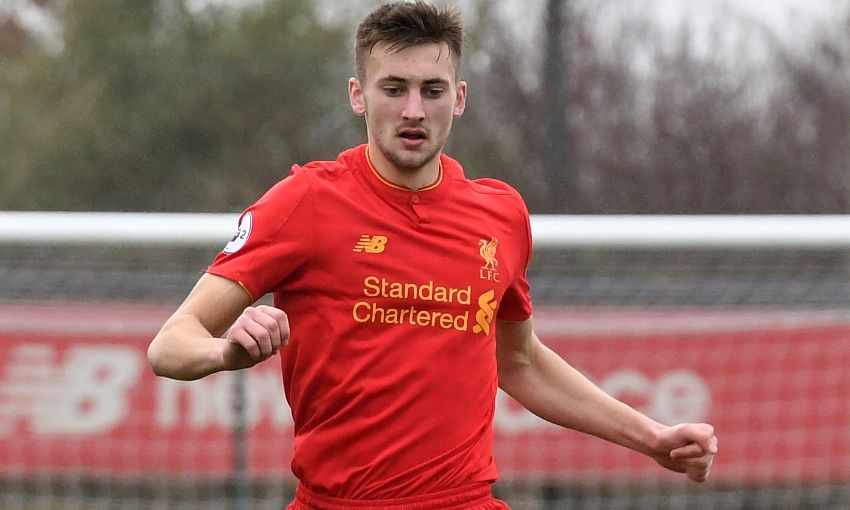 ‘I didn’t know I was going to La Manga until Pep’s text message!’

Promising defender Nathaniel Phillips has revealed why he turned his back on a new life in the USA in order to pursue his Liverpool dream.

Following his release from Bolton Wanderers at the end of the 2015-16 season, the 19-year-old was all set to embark on a football scholarship across the Atlantic.

However, a phone call from the Kirkby Academy was to present the imposing centre-back with the opportunity of a lifetime.

Explaining all on this month's brand new 'Academy Show', Phillips said: "With the way things were going at Bolton, it didn't look like I was going to get anything so I was set to go out on a scholarship to university in America.

"Then literally out of the blue, a couple of weeks before my flight, Liverpool contacted me and asked would I come and train with them.

"I just gave it my best and ended up signing a contract with Liverpool on the day I was meant to be flying out to America!

"It was a crazy few weeks and I had to pinch myself quite a few times just to make sure I wasn't dreaming, but I'm here now and I'm really happy with the way things turned out.

"I have to say, it's all been surreal since I've been at the Academy. Every time I park my car up and walk into this building I just look around and see all the facilities and think 'I'm so lucky to be here.'

"I've got to make the most of this opportunity because so many lads would give their right arm for this."

LFCTV GO: Watch the new edition of 'The Academy Show'

The defender is now a regular member of Mike Garrity's U23s squad, having remained patient while Mamadou Sakho and Tiago Ilori were the regular pairing at centre-half in the first part of 2016-17.

With Ilori now at Reading and Sakho on loan at Crystal Palace, Phillips is set to play more often in the remainder of the campaign.

He is hoping to get the nod to feature in tonight's Premier League Cup encounter with West Bromwich Albion, for example – a game you can watch exclusively live on LFCTV and LFCTV GO from 6.30pm GMT.

"This squad, even at U23 level, is miles bigger than anything I've seen before and the competition for places is intense, which is good because it brings out the best in your team and the performances," he added.

"It keeps training intense as well because there's no-one who is safe in the squad and every week everyone is fighting in training to make sure that they are part of that starting XI."

Phillips is the son of Bolton hero Jimmy, who now heads up Wanderers' youth development programme.

And the young man admits having the support of his father has been invaluable in his progression so far.

"He has always been there for me. I remember when I was young, my dad said to me did I want him to shout while I was playing or just chat afterwards? I said just to have a chat afterwards because it puts you off a bit, especially if it's your dad shouting.

"He would ask me after every game how I thought I had done. He would listen to what I had to say first and then give me advice."

Garrity, meanwhile, has compared Phillips to an 'old school' centre-half, one fearless to go in for a challenge if necessary.

"I know Mike likes the fact that I am an old school centre-back and someone who will put my body on the line," he added.

"I feel that is important as a defender because you have to help your team and clear the ball.

"I'm really enjoying playing for Mike. He's helped me a lot with my game and helped in keeping my game simple when I'm on the ball."