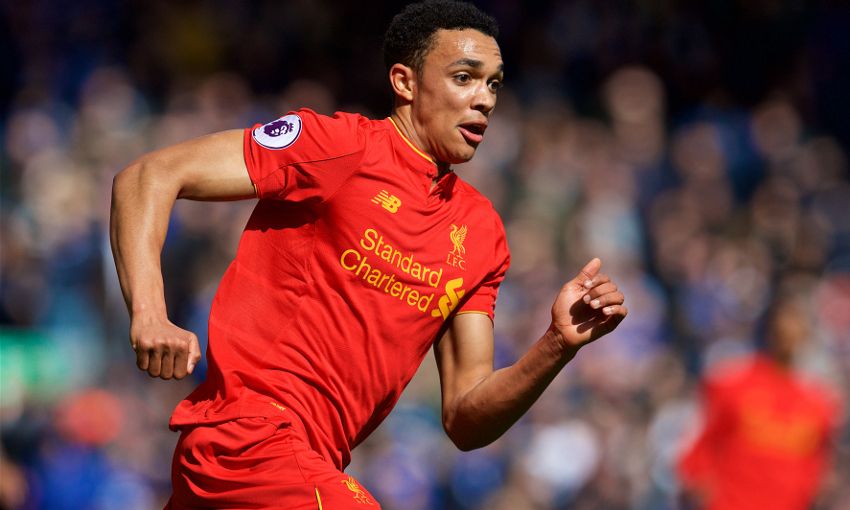 In our latest Academy column, U23s coach Mike Garrity tells us of his pride at seeing Trent Alexander-Arnold make an appearance in the Merseyside derby and looks ahead to Monday's Premier League 2 trip to Southampton.

It was a brilliant day to be at Anfield last weekend for the Merseyside derby and as Academy staff we were all thrilled when our manager Jürgen Klopp had the faith to bring on Trent Alexander-Arnold. I thought Trent was a real threat and he gave the team good energy going forward. He got himself into a couple of really good areas and worked the goalkeeper a couple of times. I was sitting in the stand and was actually up on my feet celebrating because one of the efforts I thought he had scored! It just shows you the trust our manager has in Trent and our young players that in a closely contested game played at a fast and furious pace he put him onto the field.

It was a brilliant moment for Trent and another positive step in the right direction for him. It was also a great moment for the Academy. Neil Critchley took the U18s squad to Anfield to watch the derby and for them to see one of their own coming on was a great moment. These lads know that if they are playing well, giving it everything they have got, their attitude and work ethic is right, and developing at the right rate, then we have a manager in Jürgen who is keen to give them an opportunity. He gives them a lot of hope that maybe one day it could be them following Trent in a big game for the first team at Anfield. 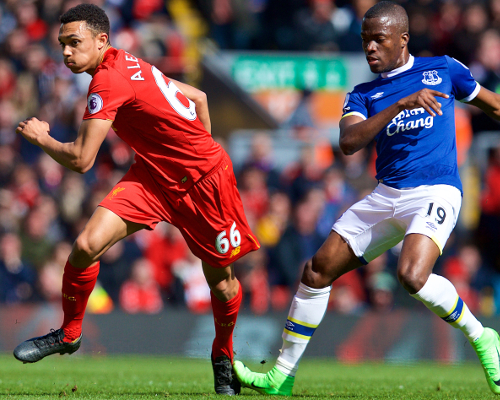 It is fair to say we were absolutely gutted to go out of the Premier League Cup at the quarter-final stage, and the lads are now desperate to get back out on the field and show what we are all about when we take on Southampton at St Mary’s in Premier League 2 on Monday night. We were so disappointed we couldn’t progress against Norwich City but the best way to overcome that is to respond in the next game you play in, and respond in a positive manner with a good performance. I know we had a changed side against Norwich but at the same time it was an opportunity for them and they have to know that. It’s difficult sometimes, when you are not playing regular football, to produce a high level consistently, but I’m sure they will benefit from that in a positive way.

I have since looked back at the game and we could easily have been given a late penalty through the blatant handball. I actually thought their centre-half made two good saves to deny Nat Phillips! We were unfortunate not to get that decision I thought, and sometimes when you are not at your best you need a little bit of luck, especially in cup football. We had some momentum at that point and we were pushing hard for an equaliser and if we had got the penalty and converted it then I would have been quite confident we would have gone on and won the game. It wasn’t to be, though, and we move on. 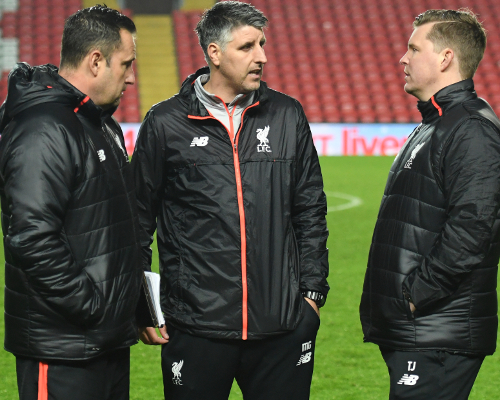 We have another opportunity to play at a first-team stadium when we take on Southampton at St Mary’s. It gives the players that extra bit of a lift when we play in a Premier League stadium and it gives them a great opportunity to express themselves. It’s always a tough test when you face Southampton, they have always had good young players. They are very similar to ourselves and are renowned for having a good academy system, and it will be a good test for us and one that I welcome.

We have had some strange recent results against them, when they beat us 5-0 at Chester last season and then they won 4-1 at Prenton Park in the first game of the season, and we certainly won’t be taking them lightly. However, we did beat them 2-1 away from home last season when Kristof Polgar scored the winner from a Ryan Kent free-kick, so hopefully we can produce a similar display on Monday night. We need to play at a high level and be at our best.

You can watch the Premier League 2 clash with Southampton live on LFCTV and LFCTV GO on Monday night from 6.30pm BST. Click here for details on signing up for either service.