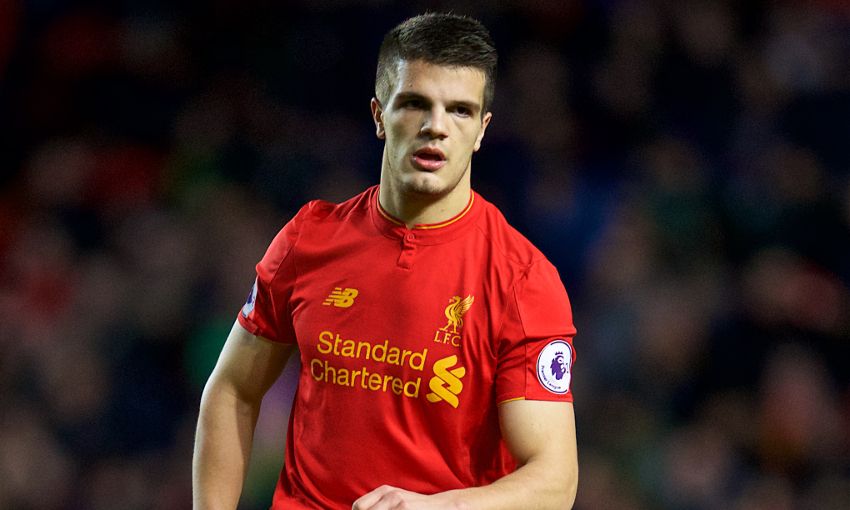 The wrench of leaving Liverpool after 10 years with the club he loves has not diminished Tom Brewitt's ambitions in the slightest.

A decade with the Reds came to an end for the central defender this summer as his contract was not renewed – an understandably ‘tough’ experience that the young man has met with impeccable maturity.

“In my ideal world, I never wanted to leave,” he tells Liverpoolfc.com.

“I wanted to progress into the first team and kick on from there. But it could be that one door closes and another one opens. I need to look forward to my next challenge.”

Brewitt joined the ranks in Kirkby at U11 level and progressed through the age groups nicely as he attempted to follow in the footsteps of one of his idols, Jamie Carragher.

He wore the armband for the U18s side and was described ahead of last season as the ‘Academy captain’ due to his leadership qualities and the standards he demanded from teammates.

Sadly, 2016-17 did not pan out as planned for the 20-year-old, who feels the circumstances did not align to present him with the kind of opportunity taken by the likes of Trent Alexander-Arnold and Ben Woodburn.

“The ideal situation was that I was going to play week in, week out until Christmas and then go on loan in January,” says Tom.

“But because I didn’t play enough football, it meant my opportunities were limited to go on loan, which left me playing for the U23s.

“I think when I played, I played really well. But it was a case of too little, too late in terms of the first team and who the gaffer wants to go forward with.

“If you ask people about me, the first thing they say is I’m ultra-professional. That’s the main thing I’ve taken from it to go forward: be ultra-professional, 100 per cent day in, day out and then no matter what, I’ve done what I can do.

Brewitt is hopeful that the specifics of his next step will be clear in the coming days, with several clubs keen on his services ahead of the new campaign.

His thoughtful approach to the game – and, too, the influence of those he worked with at the Academy – is perhaps best proven by the fact he is already studying for coaching badges.

“I know the door will always be open to go back into the Academy and coach at some point, whenever that is,” he says.

“I feel as if I can go to any coach at any time and ask them about my performance, pathways and opportunities.

“Because of the person I am and having captained every age group all the way up, I’ve earned that respect from the staff along with the respect of the players.

“I’ll get younger lads coming to me for advice, which I love. I remember when I was that age and I used to go to the likes of Conor Coady to see what they thought. For me to fill those boots was quite a nice feeling.”

And although his personal path is now set to deviate from the club’s, Brewitt retains the belief that they could converge again before the end of his career.

“It’s definitely exciting for both the club and me,” the defender insists.

“The club is definitely moving forward and upward and is back where it belongs in the Champions League.

“For me, it’s now taking the step into my senior career. Hopefully, if I can do well over the next four or five years, the door is hopefully always open for me. If I progress, I’ll always want to come back.”