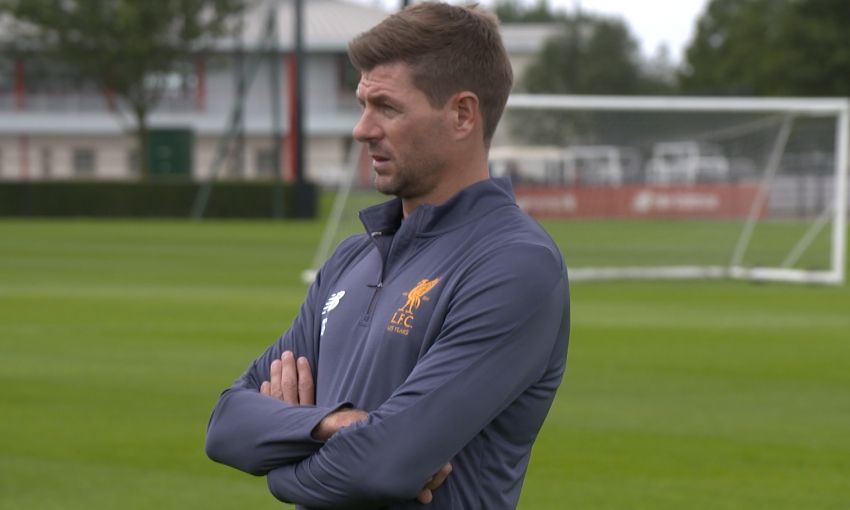 Steven Gerrard began his first day as Liverpool U18s manager on Monday as pre-season training started at the club's Academy complex – and he's already itching to take the reins for his first competitive game.

The Reds legend welcomed his new batch of players to Kirkby as they underwent a day of assessments and fitness tests before getting out onto the pitch on Tuesday to start ball work.

Gerrard told Liverpoolfc.com: “It’s exciting. I’d been waiting for this all through the summer and had one eye on it while I’ve been having a bit of a break. It’s here now and I’m really excited about getting my teeth into it.

“95 per cent of the planning was done at the back end of last year. I did a lot of planning with Alex [Inglethorpe], he’s been a big help for me to get sorted for today.

“I feel ready, we’re organised and I’ve got a fantastic staff around me. We just can’t wait for the first game of the season now.”

Gerrard was joined by his new-look backroom team, which includes the arrival of Jordan Milsom from the first-team set-up at Melwood.

“The players are lucky – they might not realise it because they haven’t been at many other clubs, but Liverpool are well down the line in terms of sports science,” continued the U18s boss.

“I am lucky to have Jordan Milsom alongside me, who I worked with for six or seven years over at Melwood. I’ve been lucky to get him on board; he’s the master in sports science, in numbers and getting the players prepared for the first game of the season.

“From a player’s point of view, I’ve been there – these runs they’re doing today, the lactic, jump and fat tests, they’re the boring side of it, but it has got to be done. We have got to find a base and see where they’re up to. The balls will be out from tomorrow, today is all about finding where they are.”

Gerrard was eager to bring Milsom into his U18s set-up having worked closely with the Liverpool-born fitness coach during his time as a first-team player for the Reds.

He explained: “Having dealt with him in my own rehabilitations, how fit he had me in the gym, how good I felt going onto the pitch and what he is like as a person as well, I think he’ll be really good for the lads.

“I said to them this morning, lean on him and use him. When I was a full-time apprentice at Liverpool, I think we had two or three staff – these lads have got experts in every field now to use. They’re very lucky and they need to use these people to make sure they’re in the best shape they can be in come the first game of the season.”

Milsom isn’t the only new addition to the U18s staff; Tom Culshaw has been promoted from the U15s and will operate as assistant to Gerrard.

The pair have a long-standing friendship that began during childhood having both been at the Reds’ Academy together as players.

“Alex said when we first started talking about this that it’d be new for me and it was a big job and a big role,” said Gerrard. “I realised that and so he was keen on putting an assistant next to me, someone who I trusted and who had my back.

“I met Tommy when we were young kids on a council estate in Liverpool and we did our full-time apprenticeships and played for the U18s together. We know each other inside out and I’ve been well impressed with him, ever since I started coming in to do my coaching badges. I think he deserves the promotion from the U15s to the U18s and I feel really confident having him next to me.” 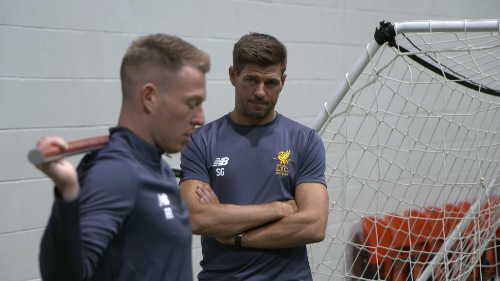 The 37-year-old added: “Because me, Tommy and Jordan are new, we felt it was important we had a few staff who are used to this group and this age group to help us.

“We’re all going to be bouncing off each other. We became a team today and hopefully we can stay together for a long time.”

Gerrard will lead his side through a series of pre-season friendlies over the coming weeks in preparation for the campaign, details of which you’ll be able to discover on Liverpoolfc.com shortly.

But it’s the prospect of getting stuck into the competitive action in August that has his appetite whetted most of all.

“We’ve got six or seven pre-season friendlies in place that we’re looking forward to,” he said. “That’s important for us to try different formations, systems, get used to individuals and try them in different places in the team.