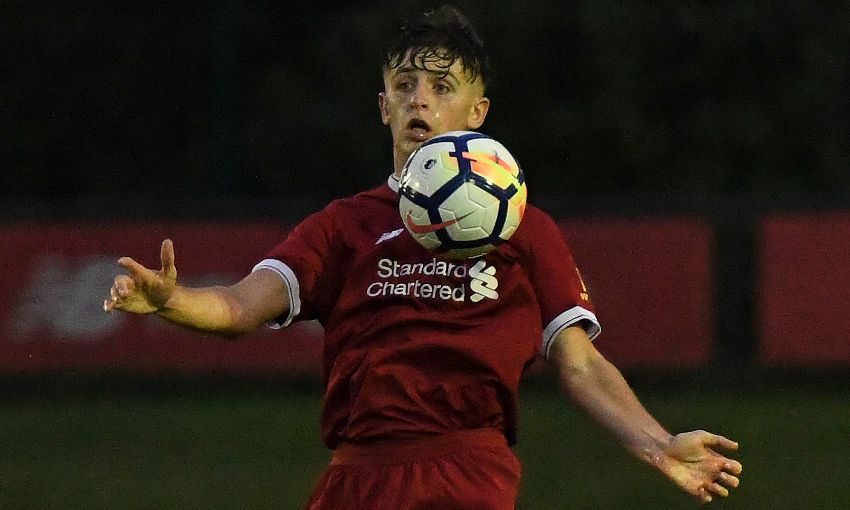 With a period of change behind him, Anthony Glennon is making big plans for his future at Liverpool.

The Bootle-born defender has been a part of the club’s Academy since the age of six, having caught the eye playing alongside none other than Trent Alexander-Arnold for local side Croxteth Park.

Glennon has come a long way since then, and last season he moved even closer to his dream of representing the Reds’ first team, stepping up into the U18s squad under Neil Critchley after leaving school.

But, as is so often the case in football and in life, it was not all plain sailing.

As the youngster told Liverpoolfc.com: “Coming from school into full-time, I didn’t really know what to expect, I don’t think I was fit enough. I picked up a few injuries but got used to it as the season went on and on.

“It’s different, being in here in the morning, having breakfast with the 23s and then going to training. And then instead of going back to school after training, we’re back in the gym – it’s more physical.

“[The quality level] is a lot higher, there’s a lot more expected of you and it’s completely different. It was tough at first, I struggled to get used to it but now I’m used to it, it’s good.

“I had injuries and knocks at the start of [last] season, which kept me out for a bit, and I struggled to find my place in the squad until late on.” 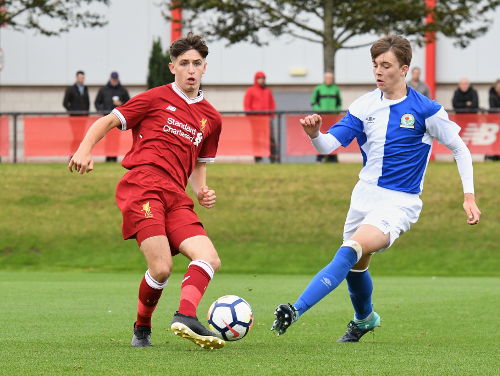 As a result of his fitness setbacks, Glennon’s first start did not come until February 18, when injuries to others meant he was drafted into the line-up for the visit of Wolverhampton Wanderers to Kirkby.

The versatile Scouser admits the call-up came “as a bit of a surprise”, but he impressed as the Reds ran out 3-1 winners and went on to keep hold of his place until the end of the season.

Given the strides he subsequently took under Critchley in 2016-17, the change of management that followed at U18s level could have been seen as a bad thing for Glennon.

Thankfully, the experienced coach’s replacement at the helm turned out to be the person every local lad dreams of emulating – Steven Gerrard.

Giving his thoughts on the new boss, the 17-year-old added: “At first everyone was a bit starstruck.

“We didn’t really know what to call him but now, being with him every day, going on tour with him, he just seems like one of the lads. He’s so down to earth and you learn so much from him, it’s great.

“He always compares our players to the players he’s played against and tells us what we need to do to get to that level, it’s helpful.

“He even joins in in training, gets his bib on and gets involved. He’s still throwing tackles in!” 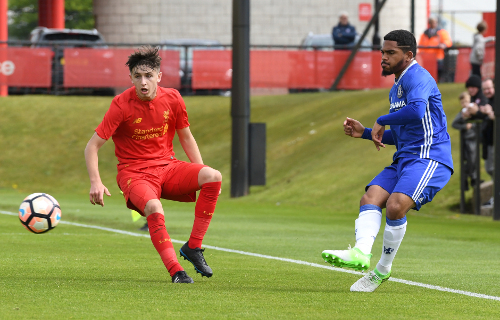 Having built on his good work last term in the early stages of Gerrard’s reign, Glennon is now focused on continuing to kick on as the season progresses.

The teenager is eyeing an injury-free run, consistent games, and a place in the U23s in 2018-19 should everything go to plan.

And, as his manager has already pointed out, one facet of Glennon’s game that could help him achieve all that is his ability to play either left-back or centre-half.

He explained: “Throughout the Academy, I’ve played centre-half but at 18s I was more of a left-back.

“Since Steven’s come in, I was at left-back in pre-season but now he likes me at centre-back.

“I don’t mind, I’ve never really been bothered about where I play, I like both positions. As long as I play, I don’t really care to be honest.

“If he asks me to play somewhere, I’ll play, whether I can do it or not, I don’t know.”

It is an attitude that will serve Glennon well as he looks to follow in the footsteps of the gaffer, and his good friend Trent.