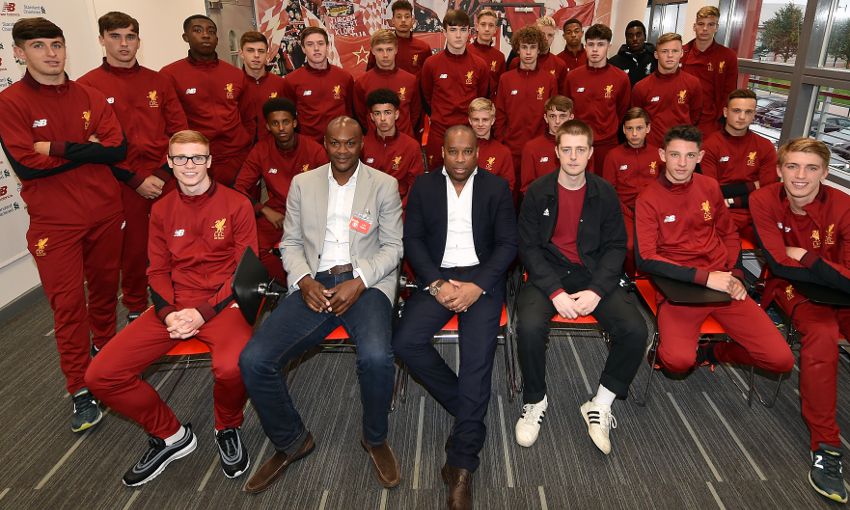 Liverpool's U18 squad welcomed Kick It Out last week as football's equality and inclusion organisation visited the Academy to deliver a special workshop based around homophobia.

Steven Gerrard's side watched a short film called Wonderkid, which explores the issue of homophobia in football through the perspective of a player.

After watching the film, the U18s enjoyed a healthy debate on the subject with Kick It Out education manager Troy Townsend, Kick It Out tutor Marcus Gayle and the director of the film, Rhys Chapman.

Kick It Out has worked closely with the club for a number of years and focuses on promoting the message of equality, inclusion and anti-discrimination through the Academy programme.

Townsend said: "The Equality Inspires programme is having a significant impact within the academy environment and Liverpool as a football club continue to see the value and impact it has on its players.

"The Wonderkid film is a great educational tool for players to challenge some of their own preconceived thoughts about a gay player within their environment.

"The impact of the film enables the kind of group discussions unheard of within a changing room and the hope is that the positive conversations can continue long after the workshops have finished.

"Full credit must go to the players for engaging in discussions that can still be seen as quite uncomfortable but are certainly invaluable if football is to continue to break down its own stigma around homophobia."