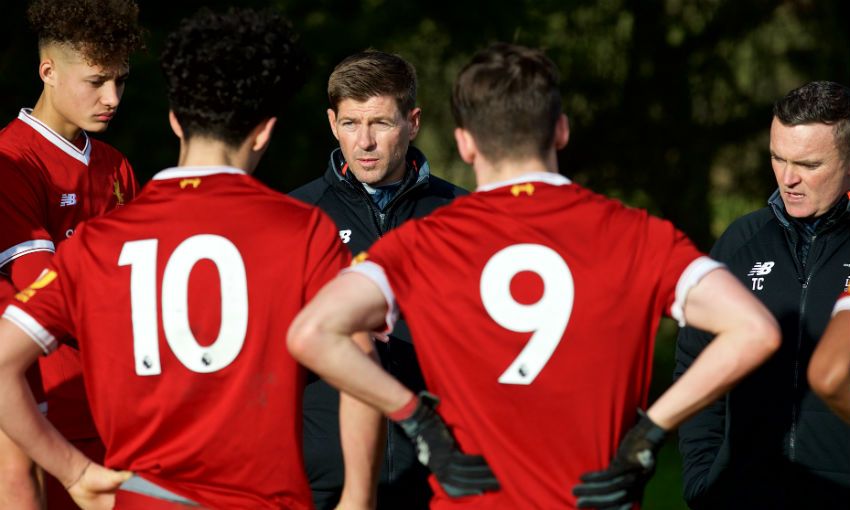 Steven Gerrard has revealed the message he has delivered to his U18s squad ahead of Wednesday's Premier League Cup quarter-final tie with Tottenham Hotspur.

The young Reds, who also sit top of the U18s Premier League and remain unbeaten this season following their resounding 6-1 win over Blackburn Rovers at the weekend, face Scott Parker's team at 11am GMT.

During the tournament's group stages, Gerrard's side scored a total of 13 goals in victories over Middlesbrough, West Ham United and Sunderland.

And, as the U18s prepare for their last-eight clash, their manager has called on his players to make a name for themselves on the big stage.

"Tottenham are a fantastic club and we know they take their youth [football] very seriously. The appointment of Scott Parker in a similar role to me down there adds a bit of spice to it for the neutral.

"Big players want to play in big games, they want to test themselves against the best and they want to go and deliver in big cup ties, so that is our message going forward.

"It doesn't come much bigger than playing Spurs in the last eight of the Premier League Cup, away at their training complex, which is a superb environment.

"I'm excited at the challenge from a coaching point of view and I hope all of my players are looking forward to putting in a good performance for us." 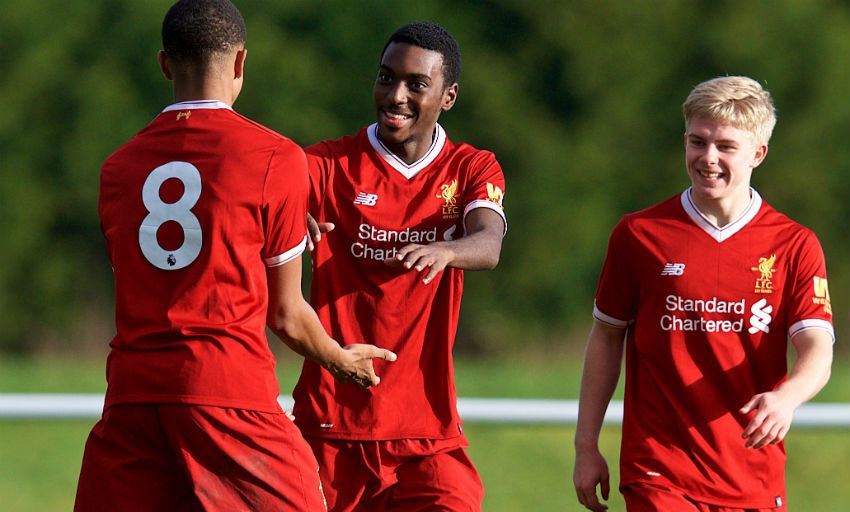 Today's game will also be the first time that many of Gerrard's players experience knockout football, with the tie having to be decided on the day with extra-time and penalties a possibility.

The Reds legend feels the scenario is a perfect test for his squad if they want to fulfil their dream of playing first-team football.

"You need that in your development," he added.

"When you are at the age between 16 to 18, you need to test yourself playing against top teams and top players. You also need top competitions and this is the first year [at U18 level] there has been a Premier League Cup so it's almost been a bonus competition for us.

"We are taking it seriously and we want to get into the last four.

"We will have a strong team. It's all set to be a fantastic match and we can't wait."