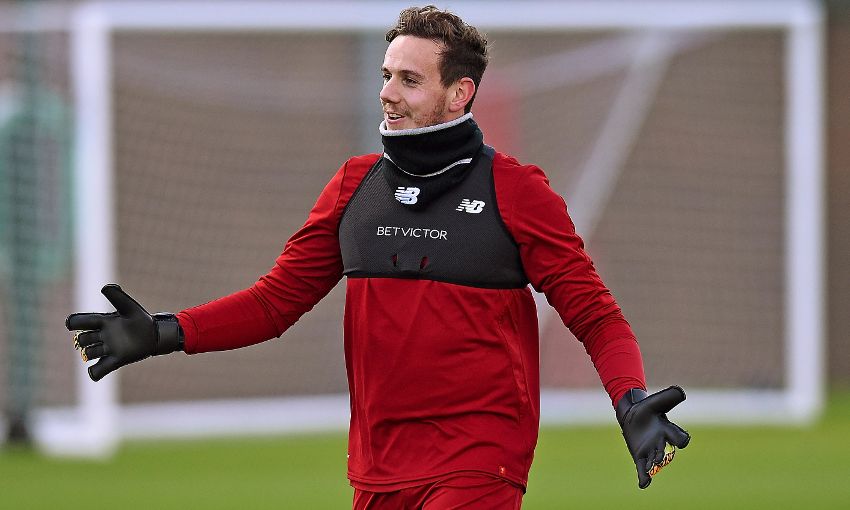 Danny Ward is determined to make the most of a planned start for Liverpool U23s against Derby County this afternoon.

The young Reds resume their Premier League 2 campaign at Prenton Park – a match you can watch live on LFCTV and LFCTV GO – and will be boosted by the presence of the first-team goalkeeper.

Jürgen Klopp confirmed the intention for Ward to feature for Neil Critchley’s side as he spoke to the media ahead of the FA Cup clash with West Bromwich Albion.

The decision forms part of the efforts to ensure each of the club’s senior stoppers maintain their ‘rhythm’ – and Ward is grateful for the opportunity of game time.

“It’s about ticking over and making sure you’re ready for when you’re called upon,” the Wales international told Liverpoolfc.com.

“It’s alright doing as much training as you do but nothing compares to getting minutes on the pitch to get your bearings and keep you focused.”

On the timing of the move, Ward added: “It’s when it suits the first team. You can’t be playing for the U23s if there’s a big cluster of fixtures, because it can impact you.

“You could pick up an injury and all of a sudden you’re out of contention, which nobody wants. It’s picking and choosing the right ones at the right time to get your match fitness.”

Earlier this month, Klopp detailed why Ben Woodburn’s importance to the training group at Melwood means the young forward will not depart Liverpool on loan in this transfer window.

Ward finds himself in a similar scenario and while he would like to play more regularly, the ‘keeper knows a spell elsewhere is not necessarily the only way to catch the manager’s eye.

“At other clubs you see young lads go out on loan if they are not really getting much of a chance,” the 24-year-old explained.

“But here, the manager is a big believer in what you do at Melwood – you can stake a claim just by training rather than going out and playing games.

“It not only helps us young lads but the first-team boys as well because they know we’re there and vying for spots. The intensity of training then goes up because everyone is at it. It raises the level and I think that’s key to why we went on such a long unbeaten run.”