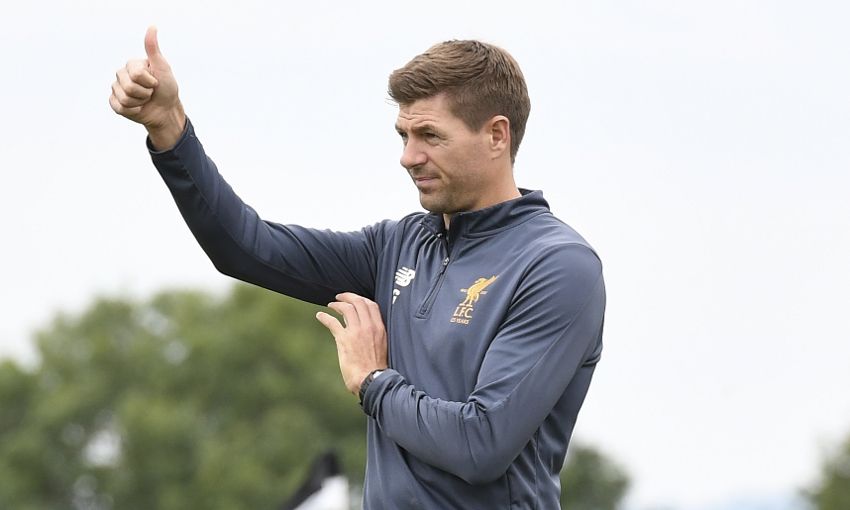 Liverpool U18s returned to winning ways in the league with a 2-1 victory over Wolverhampton Wanderers at the Academy.

A youthful line-up featuring a host of graduates from U16 level applied themselves impressively and claimed the points through goals from Remi Savage and Jack Bearne despite a late consolation for Kieran Feeney.

The result bolstered Steven Gerrard’s side’s ambitions at the summit of the U18 Premier League as they leapfrogged Everton into second place on goal difference.

Glen McAuley, celebrating his 18th birthday, might have put the hosts ahead midway through the first half but his header from the centre of the box – having been picked out by Morgan Boyes – was straight at the goalkeeper.

The young Reds instead took the lead in the 31st minute in Kirkby.

Leighton Clarkson’s free-kick delivery from the left flank caused confusion at the back post and Savage took advantage to scoop the ball home from close range.

And they doubled their lead within two minutes as the influential Bearne led and completed a rapid Liverpool counter-attack.

The No.10 fed McAuley for a drive on the angle that was parried away by Jackson Smith but only out to the forward to convert with a calm finish.

Wolves threatened a response before the interval but Viteslav Jaros was alert to repel a well-struck Ryan Giles effort from the edge of the area.

And in a second period lacking genuine opportunities at either end, with Feeney’s goal coming deep into stoppage-time, Gerrard’s charges successfully preserved their lead to climb to second in the U18 Premier League.