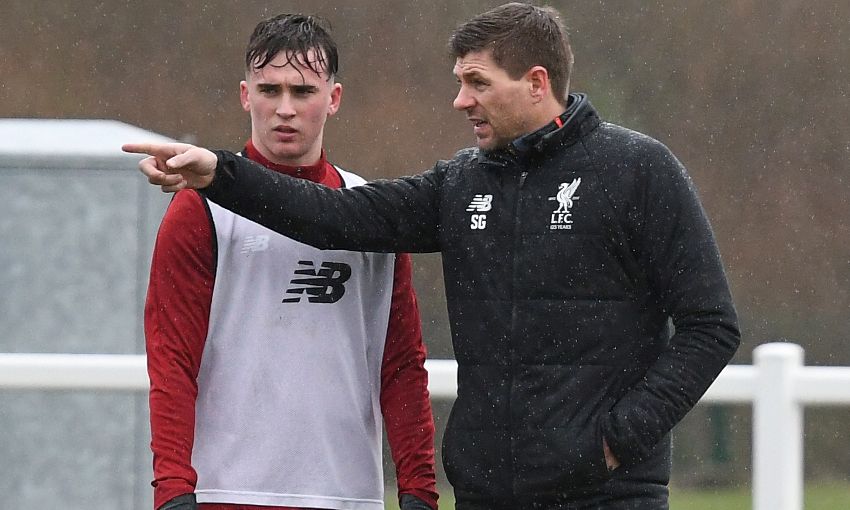 Recap: U19s defeated in UEFA Youth League - as it happened

Steven Gerrard has described Liam Millar's first senior call-up to the Canada national team as a 'special moment' for the teenage striker.

Millar was named in a 22-man squad for the Canucks' upcoming friendly meeting with New Zealand, which is set to take place in Spain on Saturday March 24.

Gerrard insists the call-up is deserved reward for the 18-year-old's showings at both U18 and U23 level so far this season.

“It’s a special moment for him and he deserves it,” the U18s boss told Liverpoolfc.com.

Millar is likely to lead the line for Gerrard's U19s when they face Manchester City in the UEFA Youth League quarter-finals this afternoon.

And the manager is hoping to see evidence that his Canadian starlet is learning from his recent trips to Melwood and regular appearances for the club's U23s.

He added: “Liam’s jumped up from the U18s to the U23s of late along with four or five other players.

“They have had some good game time - some of them have had exposure down at Melwood - so we hope that we benefit from them experiences and the confidence the players should take from that.

“The lads have had some really tough tests at U23 level against Leicester, Manchester United and Tottenham not so long ago

“We are hoping that from those experiences they can bring that quality and effort that they put in there and bring it to U19s level - so we are hoping to benefit from it.”

Liam Millar nominated for Premier League 2 Player of the Month