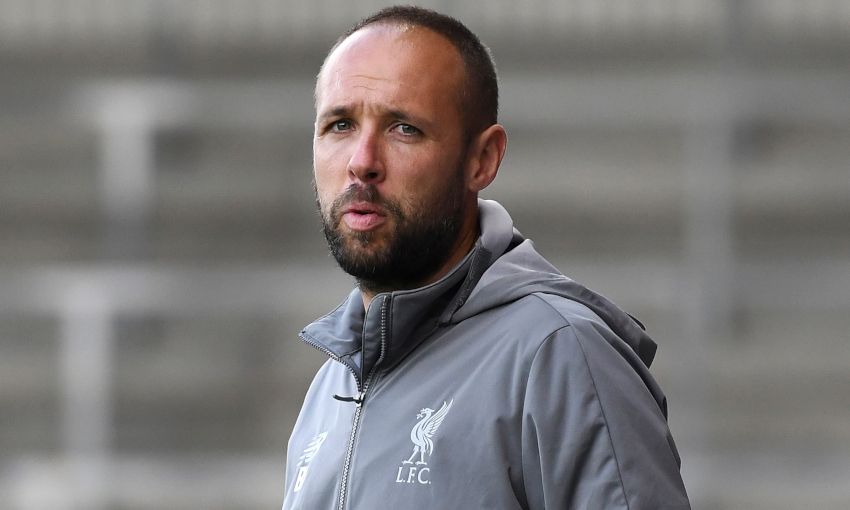 Ahead of the FA Youth Cup final with Manchester City, Liverpool U18s boss Barry Lewtas gives us the lowdown on his class of 2019.

The young Reds have overcome the challenge of Portsmouth, Accrington Stanley, Wigan Athletic, Bury and Watford to earn their place in the showpiece final.

Kick-off at City's Academy Stadium is at 7.45pm BST as the Reds aim to try and win a fourth FA Youth Cup.

If you want to show your support for the team on Thursday night, click here for ticket details.

Ahead of the big game, read on for Lewtas' guide to his FA Youth Cup squad... 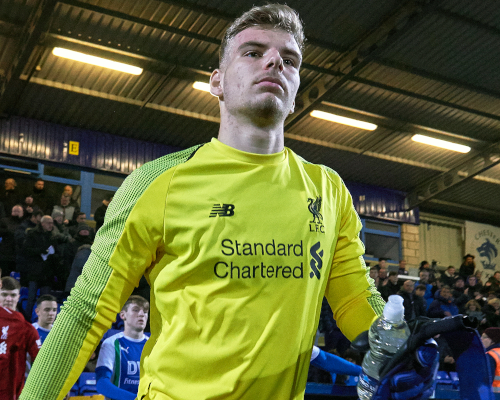 "Vitezslav has had a fantastic season and has kept us in numerous games. He is good with his feet and playing out so he is a big part in what we do. Our goalkeeping coach Taff [Neil Edwards] has done an excellent job with Veet." 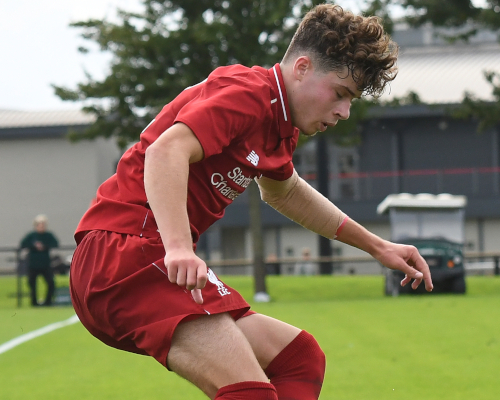 "Our Welsh right-back. Neco has played between both groups this season, the U18s and U23s. Neco is a really good player and is important for us. He can get good crosses into the box from the right flank." 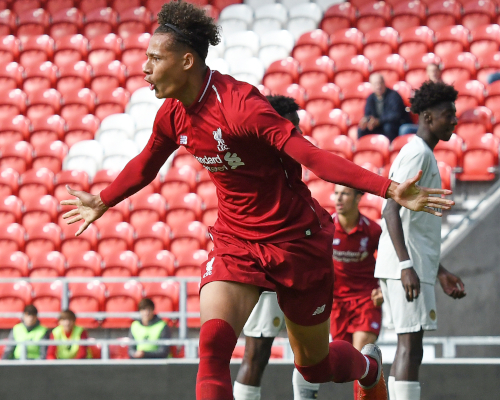 "Rhys has done extremely well. He is very dominant in the air and he has really improved his game in terms of how we build and play from the back. Rhys is becoming more of a leader week to week and has had a really good season." 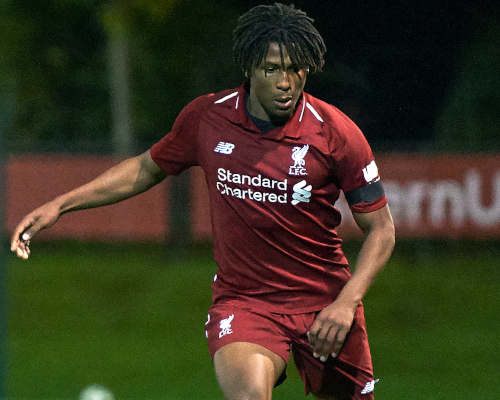 "A converted winger to a left-back. Yasser has done extremely well for us. He is lightning quick and a real good personality. He has picked up the language well and is a really good boy, so we are happy with how he is progressing. In terms of him playing in a new position this season, it has worked really well for us. Because he is so quick it helps in his one-v-one defending, he is aggressive and is good when he runs into the big spaces and he arrives well in terms of forward runs. There were a few things in his game that I saw and thought he can play left-back for us, and he has done ever so well, so let’s see how his journey goes." 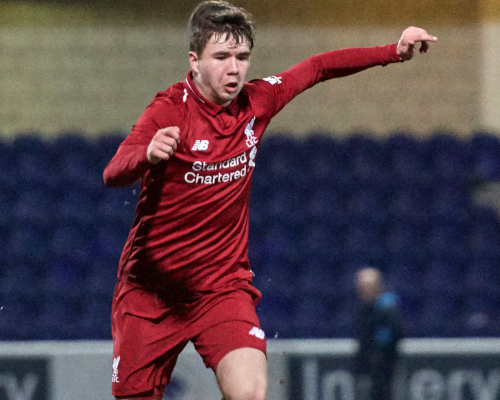 "Jack has done well for us at right-back. He is one of the younger ones in the group and has had to wait his time. He has played in some big games for us and he has done well." 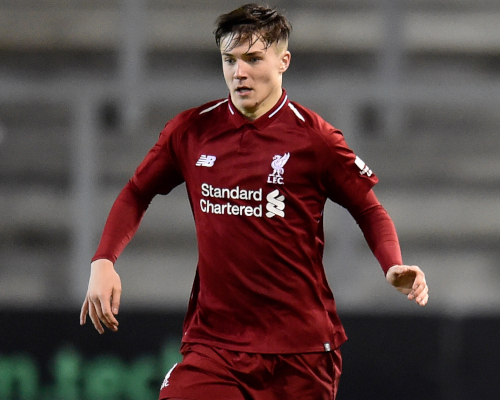 "Boyesie had an indifferent start to the season when he found himself out of the team and then he had a real setback when he was sent off against Manchester United in the quarter-final of the Premier League Cup. Full credit to him for the way he has really bounced back, he has shown some personality and character and as the season has gone on he has become a real important part of the team, especially with Tom Clayton picking up his injury. Fair play to him." 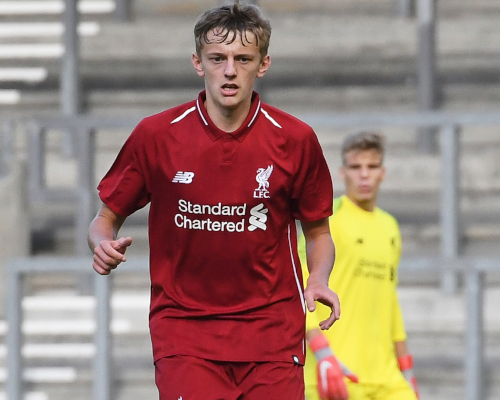 "Sadly Tom won’t be available because of injury, but he will be with the group on the night cheering on the boys. Tom was really unfortunate to pick up an injury in the Mercedes-Benz Junior Cup. Up until then he had a fantastic season, he is a really calming influence on the group and is a good footballer. That’s probably one of the most disappointing parts of the season - losing Tom to injury. He will be back next season for us, no doubt!" 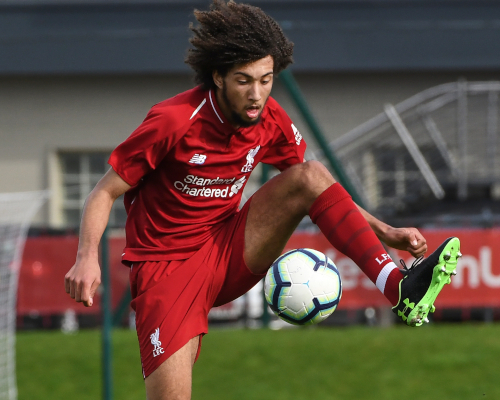 "Remi is another one of the young ones who made the jump up from U16 to U18 level. He is having to bide his time a little bit, but during our participation in the Dallas Cup last week I was really pleased with Remi. He is one who will show a lot more for us next season." 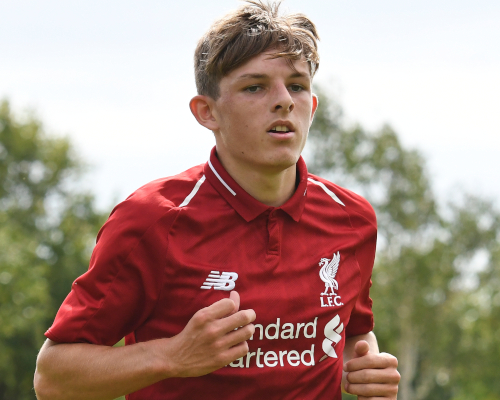 "Leighton has probably been the lynchpin of the team. He controls the game, he keeps his position and has a good range of passing. Leighton will be an important player for us on Thursday night." 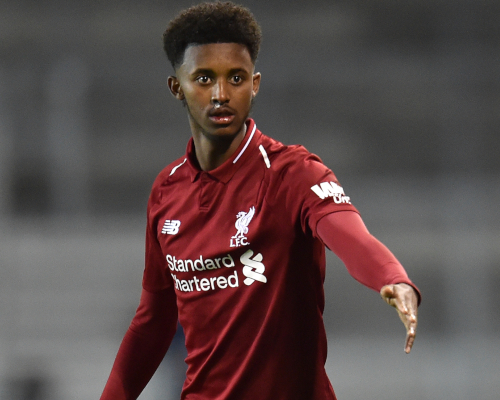 "Abdi runs is what we say! He always makes good forward runs and can run all day for you. Making those forward runs has been a really big part of his development this year, so hopefully we can get him into the penalty area plenty of times in the final." 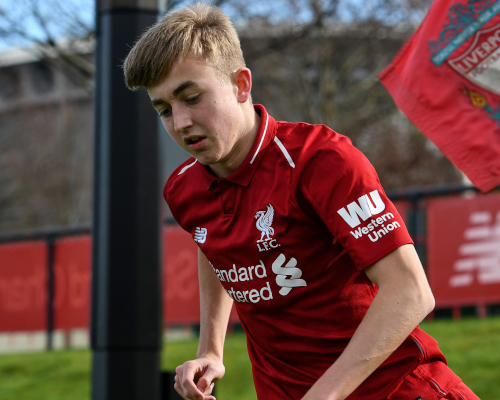 "Jake has been a real consistent performer for me for two years now. He is starting to add goals to his game maybe at the right time - towards the end of the season. Like Leighton, Jake has had a fantastic season and has done really well." 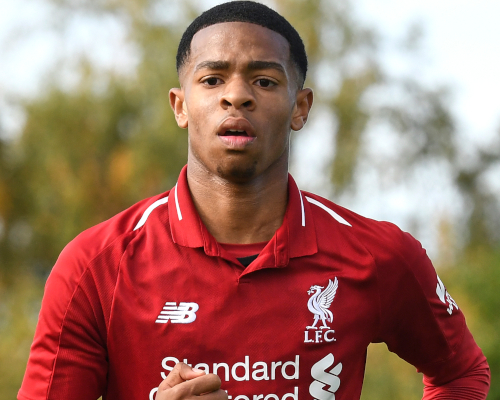 "Elijah has changed positions this season from playing in a deeper-lying midfield role to a more advance role. I think that suits him and we are seeing a lot more of his creative and attacking side. I’m pleased with Elijah." 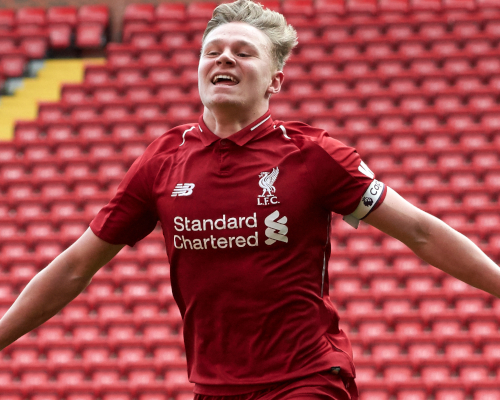 "Paul is our captain and he has certainly had a few mentions! This has been a real positive season for Paul. A lot has been mentioned about the time he has missed through injuries but I think he has done fantastically well this season. He has led the team by example and is a really important player for us. We made him captain this season. He is well respected in the changing room, he has been here a long time and he has been through an awful lot but has bounced back superbly from those setbacks. He has shown a remarkable strength of character. He leads by example, he is not a shouter but he certainly has the respect of the dressing room." 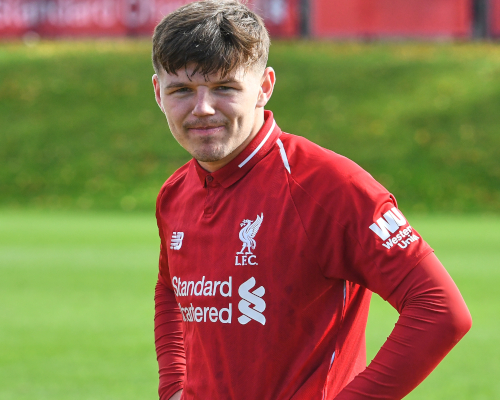 "Bobby came in at the start of the season and we knew what he would bring - and that is goals. He has certainly done that in abundance for us. The partnership with Paul has been a big positive in terms of what we have done this season. It has allowed us to build a lot of team play around that partnership and fair play to Bobby who has scored some big goals for us.” 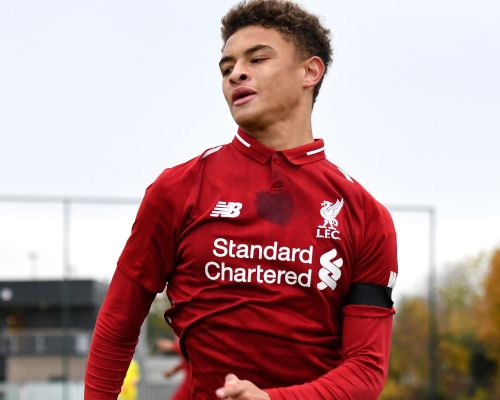 "Fidel has been in every squad but, due to the partnership of Paul and Bobby, it has been difficult for him to start. But fair play to Fidel, when he starts a game he always does a very good job for us. He has had to be patient but hopefully the experience from this year will stand him in good stead and he will get his chance next season. When Paul has been absent we have made Fidel captain, which tells you what we think of him." 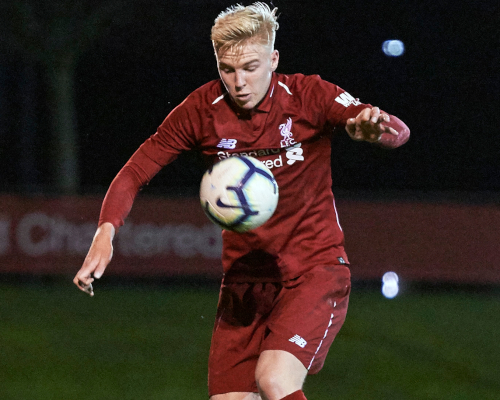 "Luis is similar to Elijah in the sense that we have changed his position this season to play him more inside the pitch in midfield than out wide. It does take a little while to adapt from playing out wide but Luis has worked so hard and has done well. Like Yasser, he can create and he is someone who can dribble with the ball and get at the opposition." 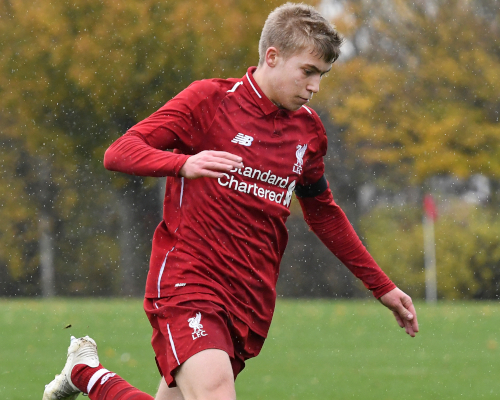 "Jack started the season injured which was probably tough for him really because he started the season so well. He has had to bide his team but as the season has gone on I think people are starting to see what he is all about. He has got an eye for goal and is a really exciting, creative and dynamic player, and he is tough as well. Jack fits the mode of a lot of things of how we try and play. He has had a tough season in many ways but I think he will reflect on it as being a really positive one. I am really excited to see how Jack progresses next season." 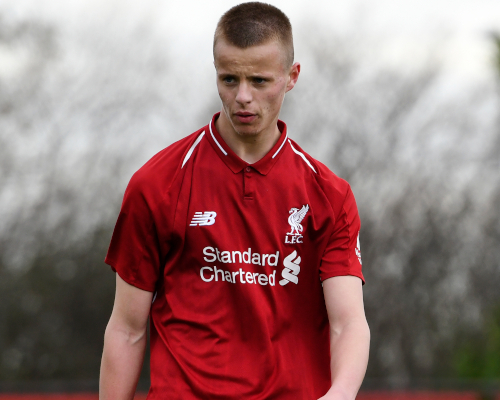 "Niall is another one of the younger group who played a little bit for the U18s under Steven Gerrard last season. He plays midfield but this season I’ve used him more as a centre-back. He has had some good moments but we have got excellent competition for places. Hopefully his time will come a little bit more next season." 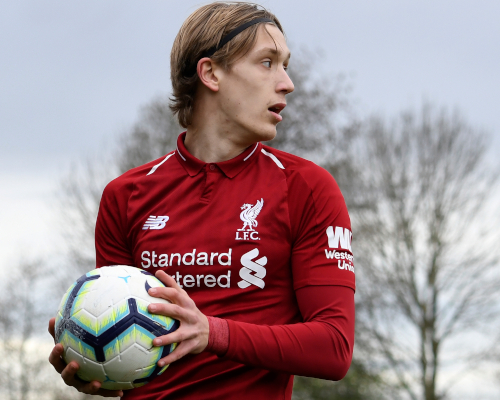 "Patrik is our young Finland youth international. He has suffered with injuries and then obviously the partnerships with Tom and Rhys then Morgan and Rhys mean it has been difficult for him to start games. In recent weeks you can see how well he has done for us. Patrik is training well, he is a strong centre-back who is aggressive and hopefully he is starting to mature for us." 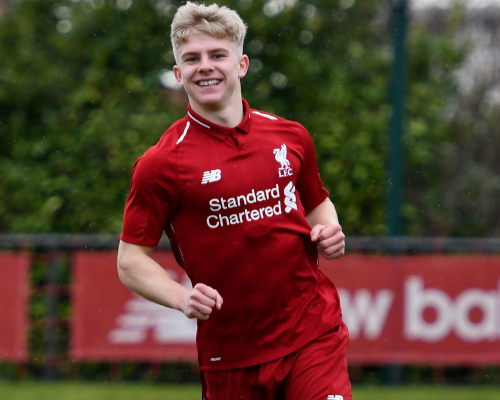 "Eddie has been so unfortunate with a few injuries. It has been a really disrupted season for him and he will look back on this season with disappointment in terms of having a little bit of bad luck. But Eddie is a good player with bags of energy. He can run all day for you and with that left foot he has got, it gives you a lot of quality. It’s been a shame for all of us that he hasn’t been able to stay fit this season but hopefully he can have a bit more luck next season." 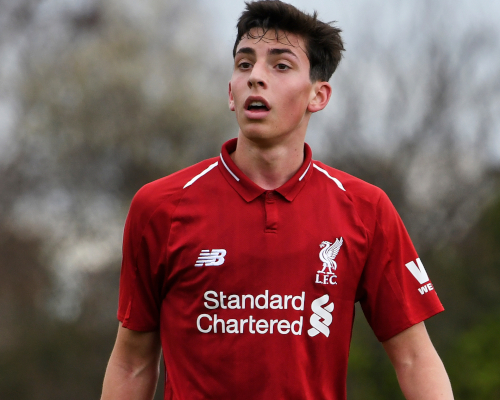 "Our midfielder from New York. Matteo is in his first year with us and he has done ever so well. Moving over here is difficult in terms of getting used to a new life being away from your parents in a different environment. He has adapted really well and has settled in very well. He has played in a different position with us as to what he was used to back in America, but he has played in some big games for us and done ever so well. This has been a real positive season from Matteo and I think he will be an important player for us next season."