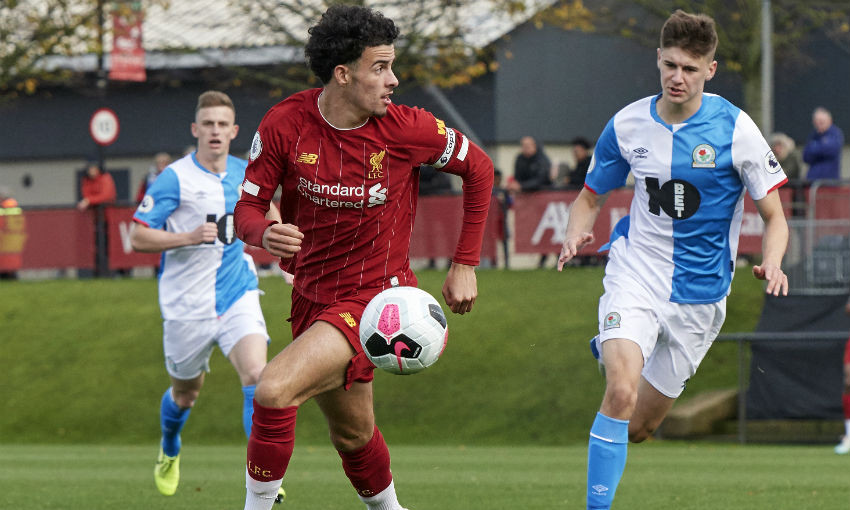 Liverpool U23s played out a goalless draw with Blackburn Rovers in Premier League 2 on Saturday afternoon.

The young Reds had a number of chances at the Kirkby Academy but in the end had to settle for a point.

There were positives to take for Neil Critchley's side with goalkeeper Caoimhin Kelleher pulling off some impressive saves, while Isaac Christie-Davies and Liam Coyle returned to action.

Reflecting on the match, Critchley told Liverpoolfc.com: "A draw is probably a fair result. Defensively we were much better than last week against Wolves.

"Today we just lacked that little bit of guile and intelligence in the final third."

Opportunities were few and far between in the first half, with the best opening falling to the visitors early on.

An untimely slip from Tom Clayton in the third minute allowed Jack Vale to go through on goal. However, Kelleher was on hand to deny the Blackburn forward.

Early in the second half, Vale did beat the Irishman but the goal ended up being ruled out for offside.

It was then Liverpool's turn to threaten to open the scoring. Elijah Dixon-Bonner glanced a header just wide before then hitting a shot straight into the arms of the goalkeeper.

Kelleher again denied Rovers with a save at his near post to keep out Ben Patson's deflected effort in the 70th minute.

Then deep into stoppage time, the visitors had a chance to snatch the three points. Sam Durrant crossed for Sam Barnes, but the defender's header was claimed by Kelleher before the referee went on to blow the final whistle.