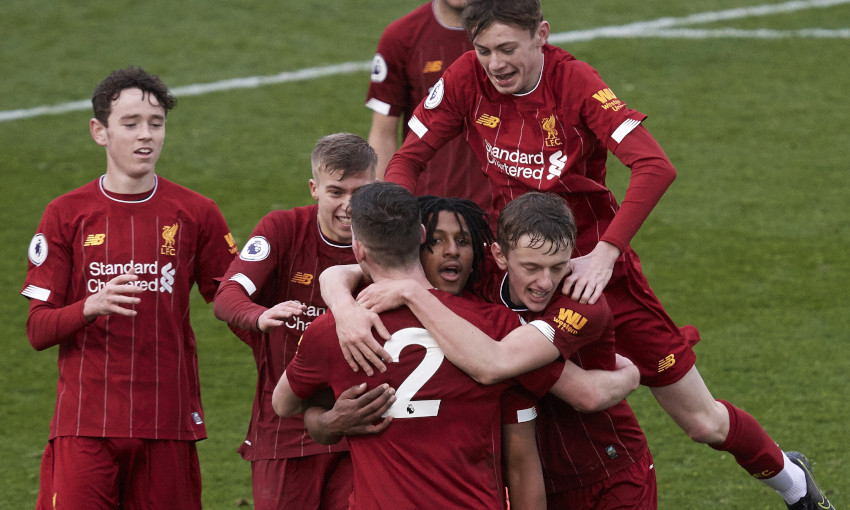 Substitutes Tom Hill and Yasser Larouci scored in the 88th and 93rd minutes respectively to snatch all three points for the young Reds at the Academy.

It means they take second place in the section and will qualify for the quarter-finals if they win either of their other two fixtures, against Athletic Club and Wolverhampton Wanderers in January.

Neil Critchley’s side needed only seven minutes to mark their early dominance with an opening goal.

Jake Cain was unlucky to see a left-footer hit the crossbar and loop up, after a smart pass into him from Leighton Clarkson, but Jack Bearne was on hand to pounce on the rebound and convert for 1-0. 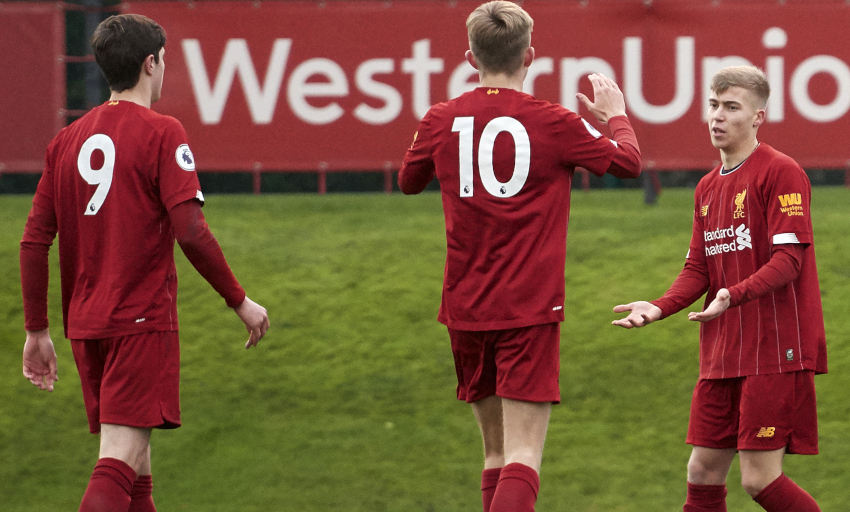 There were chances at either end during a lively first half, Herbie Kane notably denied by a save at full stretch from PSG goalkeeper Garissone Innocent, and it was the visitors who struck next.

With 38 minutes on the clock, a move down the left flank led to a chance inside the box for Alexandre Fressange, who managed to turn Morgan Boyes and beat Ben Winterbottom with a cool finish.

And PSG carried their momentum into the second half, edging in front 12 minutes after the restart.

Richard Makutungu broke away along the right-hand side and delivered a cross that was met by Loic Mbe Soh with a header beyond the goalkeeper.

Liverpool refused to buckle, though, and would have equalised immediately but for a magnificent stop by Innocent to prevent Cain’s strike from reaching the corner.

Clarkson curled an effort too high and Hill’s drive worked Innocent again as the minutes elapsed and a leveller seemed likely to elude the home team.

Far from it, however.

First, Hill hauled the Reds back on terms in the 88th minute, guiding a finish past Innocent after the ball was worked out to Tony Gallacher, overlapping on the left, and he pulled back for his teammate.

And in the third minute of stoppage-time, Larouci completed a breathless turnaround by running clear and finding the bottom corner, providing a perfect start to Group E.